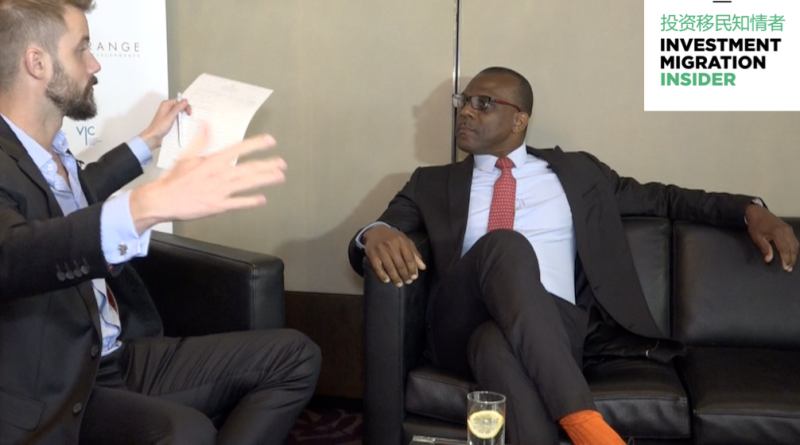 In an exclusive interview with Investment Migration Insider, Thomas Anthony, head of Exiger’s Immigration, Citizenship, and Visa Practice, and former head of the Antigua & Barbuda Citizenship by Investment Unit (CIU) laments the absence of a price agreement among Caribbean Citizenship by Investment Programs (CIPs) and urges further integration among the programs, going so far as to say the CIPs in the region should have a single processing unit and should also be marketed as one program.

See also: All I Want for Christmas is a CIP Accord in the Caribbean: 5 Reasons to End the Price War

He attributes the year-long delay in coming to an accord on pricing to a lack of “real motivation” among Caribbean leaders.

“Governments have become too dependent on this non-tax revenue,” said Anthony, and questioned the sincerity of Caribbean prime ministers who claim to share the concern of a “race to the bottom”, wondering whether they may merely be paying the matter lip service. “Is there really conviction or are they just words? We don’t see any action. These statements are being made year after year, but there’s absolutely no move.”

From a macroeconomic perspective, Anthony believes price cuts are not only unnecessary but also counterproductive. “You are reducing the price of your program so that you now need three times the number of applicants to get the same effect. But you were not getting those applicants in the first place. There’s no evidence to indicate that by [reducing the price] you are going to achieve that because your competitor is at the same price, and he isn’t even getting that.”

Watch the full interview above.

See also: Prime Minister Chastanet of Saint Lucia tells Investment Migration Insider, in an exclusive interview, that Caribbean leaders have been “too busy” to get together to talk about a price floor.