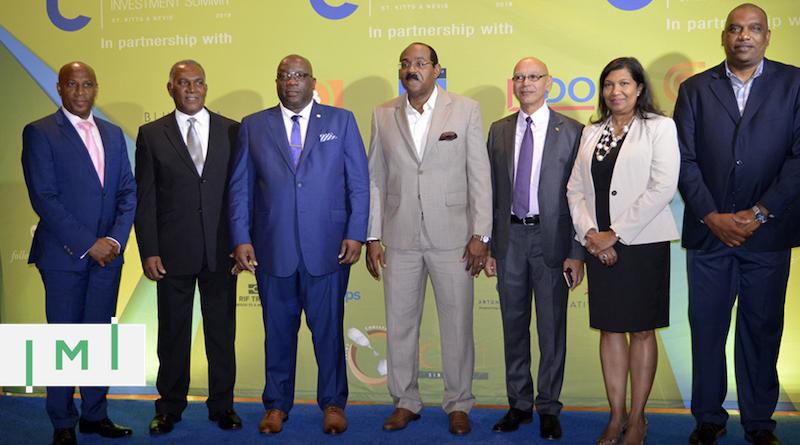 The idea of forming a CIP cartel within the Caribbean – to coordinate minimum prices and to prevent the much-lamented “race to the bottom” and price wars – has been the subject of a great deal of discussion and precious little action over the last three years. The reason such plans have not materialized shouldn’t be hard to grasp when you consider that it is the governments in those countries that have the most successful programs that have dragged their feet.

Can you blame them? Saint Kitts & Nevis, in 2018-19, received an order of magnitude more applications than Saint Lucia, whose Prime Minister Allen Chastanet has been the most visible proponent of further integration.

When Nestor Alfred, head of the Saint Lucia CIU, was appointed Chairman of the Citizenship by Investment Program Association (CIPA), deeper integration was at the top of his agenda. He quickly learned, however, that his counterparts elsewhere in the Caribbean were mostly paying lip service to the matter. He called meetings to formulate binding agreements on standardization; he attempted to get tangible commitments to coordinate prices. He didn’t get far.

The cynical reality is that a common Caribbean price floor on CIPs was doomed from the start. While the well-meaning Nestor Alfred scheduled meetings meant to tackle a common problem (the continued devaluation of the region’s CIPs), representatives of the bloc’s best-selling programs were stalling for time. They were simply making too much money under the status quo to have any real incentive to change it.

There is no Caribbean CIP unification for the same reason that there are no Eurobonds; individual member states of the bloc diverge widely in terms of what they bring to the table and what they have to lose. Their interests are far from aligned.

Peter Macfarlane, in his April 10th article, put his money on a retrenchment of such international coordination and saw discounting as the inevitable outcome.

I’m prepared to bet that we will see some more price-cutting in the Caribbean and Vanuatu over the coming months. Remember the “Hurricane Relief Fund” from St Kitts and Nevis? A COVID-19 Relief Fund seems likely. History also shows us that, in difficult times, Caribbean cooperation goes out of the window.

It took but a month before he was proven right.

Plans of price coordination and promises not to undercut each other are all well and good but, when things get rough, they are the first commitments to go out the window.

Even if the Caribbean, against the odds, were able to form an Organization of Passport Exporting Countries, they would still need to convince Vanuatu, Montenegro, Moldova, Turkey, and the upcoming CIPs to join.

That will never ever happen.

If a Caribbean CIP cartel was merely difficult to pull off in the past, it is altogether out of the question following COVID-19. Citizenship consultancy marketing materials notwithstanding, we are not a “global village”. Times of crisis have a tendency to reveal where our true allegiances lie, and the pandemic has made it exceedingly clear that, when the proverbial organic waste matter hits the fan, nation-states default to looking out for number one, even within the European Union.

For residence programs, any broad agreements among programs to coordinate pricing are even less likely than for citizenship programs. While full-fledged unification has thus far proved impractical among OECS countries, the region does at least cooperate on a range of matters; heads of the Caribbean’s respective CIUs meet at (what is at least meant to be) regular intervals, share information on each others’ applicants, and cooperate on background verification through the Joint Regional Communications Centre in Barbados.

The world’s principal residence by investment by investment programs, on the other hand, cooperate on nothing at all. Nor are they likely to any time soon. The voices advocating for common European standards on due diligence and pricing, for example, invariably recommend that such coordination take place through the framework of European Union institutions. Following a decade of austerity measures, multiple financial and monetary crises, not to mention failures to coordinate a response to irregular migration, European institutions’ sway over national governments and electorates is waning.

And that was before the pandemic. During the ongoing crisis, there has been no pan-European consensus on how to respond. It is national governments that have implemented extensive measures, to varying degrees of success; not the EU. Caribbean integration may be taking place more slowly than some might wish. But the EU, in the next few years, will be fighting to avoid disintegration.

And unlike for tiny Caribbean economies, where CIPs account for a double-digit percentage of GDP, European residence programs barely show up on the fiscal radar in most countries.

The contribution to GDP from golden visas last year amounted to some 0.25% in Portugal, 0.3% in Greece, and, in Spain, a paltry 0.07%. In these countries, investor migrant revenue simply isn’t a big enough share of government revenue for them to be a policy priority. There’s a good reason you might meet Roosevelt Skerrit, Timothy Harris, or Gaston Browne at an industry event in Dubai but not Pedro Sanchez, Kyriakos Mitsotakis, or Antonio Costa. Nor will Donald Trump show up anywhere to explain how EB-5 processing has become much more efficient in recent years or that Florida has one beach for every day of the year.

All this is to say that there are no viable, ongoing efforts among residence or citizenship by investment programs to coordinate policy, much less to prevent a price war. If any of these countries do change their prices, it will invariably be downward and on a unilateral basis.