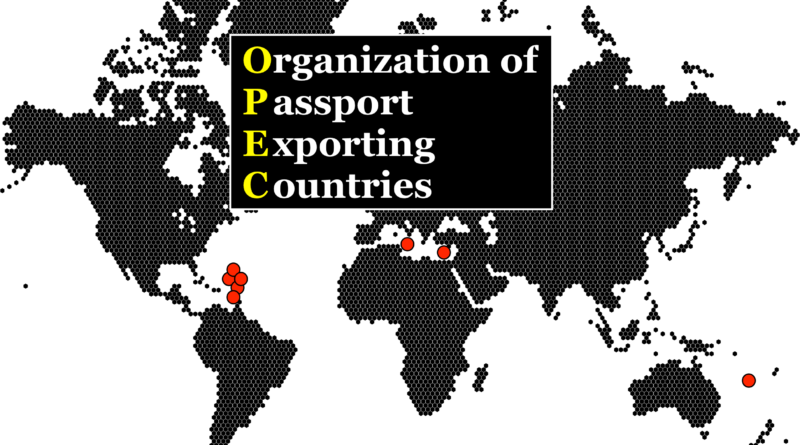 Apart from selecting a chairman, another topic high on the meeting’s agenda was the question of how to prevent a further downward spiral in investment requirements among the CIPs in the region. Investment Migration Insider has learned that the CIU-heads discussed the subject at length and that they agreed to do what they could to prevent further price cuts, which they feared could trigger a price war.

Less than three weeks later, however, Saint Kitts & Nevis cut the investment requirement of their CIP by 50%.

The move caused a big ruckus, and several public figures in the Caribbean CIP industry condemned the decision as morally reprehensible in light of the devastations Dominica and Barbuda had suffered following hurricanes Irma and Maria.

But it didn’t take long for Antigua & Barbuda to follow suit and enact the same price cuts for which it had reproached Saint Kitts. Pointing to a virtual collapse in applicant numbers (only three applications in the last two months), Prime Minister Gaston Browne announced they would bring the investment requirement for a family of four down to $100,000, making the Antigua CIP the cheapest in the world.

So, how come, mere weeks after promising each other to do their utmost to maintain prices, did the program bosses cut prices after all?

While CIU-heads unquestionably have considerable pull when it comes to determining CIP investment requirements (by virtue of their expertise and ears-to-the-ground position), ultimate decision-making power rests with the respective governments.

Since politicians generally like being re-elected, and since maintaining political popularity in the Caribbean more often than not relies on an ability to spend from the public purse, it should not surprise anyone that governments would take drastic measures to protect their single greatest source of income, even if it hurts the long-term prospects of the economy.

The price of citizenship is determined in the same way as all other goods sold on the open market; by the relationship between supply of and demand for the product. Demand for citizenships has grown rapidly in the last few years, but so has supply. Furthermore, margins – the difference between what it costs a country to safely naturalize an investor and what that investor pays – have been high, and there’s plenty of room still for downward adjustments. 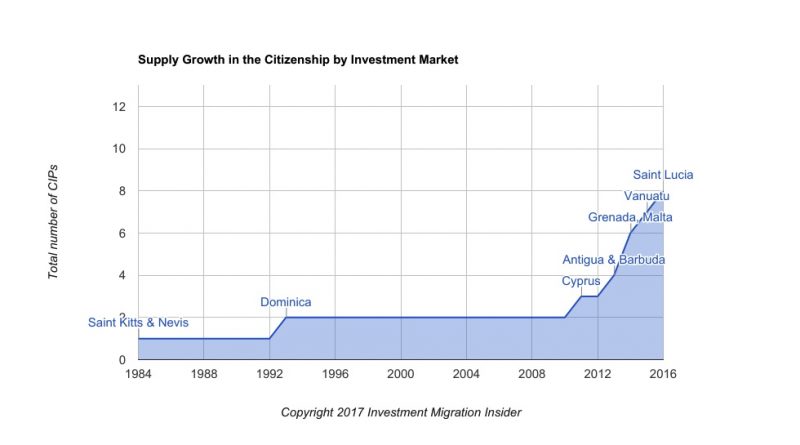 In theory, prices would continue to fall until they reached an equilibrium, until revenue barely exceeded cost, at a margin of perhaps 5-10%.

So, are Caribbean CIP countries in a race to the bottom?

The only known way to prevent such downward movements in price, is for market participants to agree to fix prices. In other words, the CIPA countries would have to form a good old-fashioned cartel.

It’s complicated. They generally don’t work in the private sector, because free markets are open to new entrants who could at any time upset the apple cart of colluding incumbents. But among states, they can sometimes work because whereas anyone can start a toothpaste company to undercut the price gouging practices of the toothpaste cartels, the barriers to entry for statehood are not easily surmounted, limiting the supply of new entrants. OPEC is an example of a state cartel that (sort of) works.

In the absence of cartelization and price-fixing, prices in the Caribbean will continue to fall precipitously. Little wonder, then, that the murmurs of standardization and harmonization have been emanating from Caribbean CIP officials and heads of state for a long time already. Indeed, Prime Minister Allen Chastanet of Saint Lucia told Investment Migration Insider during an exclusive interview this summer that he fully intends to turn the Caribbean CIPs into one program for precisely this reason.

But even if the Caribbean CIP countries succeed in forming (and keeping) a cartel, it would all be for nought if a country somewhere else in the world, one that could offer similar benefits such as Schengen-access, decided to offer citizenship for a marginally lower price. For a CIP-cartel to succeed, therefore, it would have to be global. It would have to include countries like Vanuatu and Montenegro.

Consumers (CIP-applicants) should be opposed to cartelization, but the general public in the Caribbean CIP countries should welcome it. If prices were harmonized, the programs would have to compete on quality instead.

But forming a global CIP cartel would require politicians from Podgorica and Port Vila to Saint John’s and Saint George’s to work in concert for the long-term benefit of their countries rather than the short-term interest of their careers and wallets. In other words, don’t hold your breath.