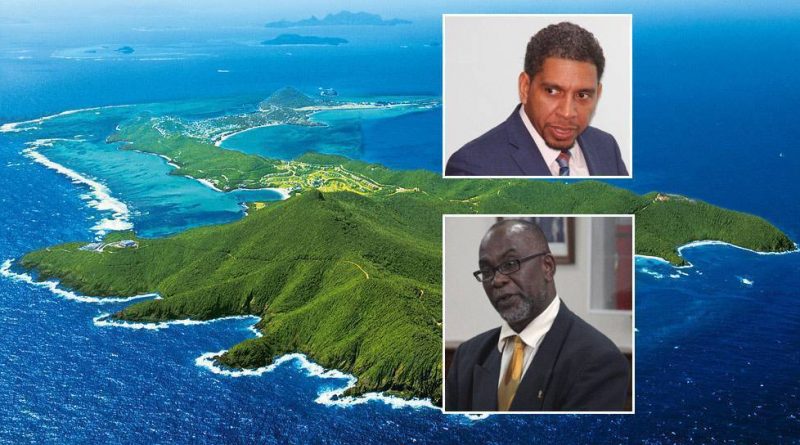 In Saint Vincent & the Grenadines – the only independent OECS-country still not offering citizenship by investment owing to the incumbent administration’s persistent opposition to CBI on ideological grounds – the debate over whether to introduce a CIP has been raging over the last week.

In recent years, the ruling Unity Labor Party (ULP) has repeatedly rejected calls from the country’s main opposition – the New Democratic Party (NDP) – to capitalize on global investors’ rising demand for high-quality nationalities by introducing a citizenship by investment program.

A flag state for ships, but not for people

The debate was revived once more last week when NDP lawmaker St. Clair Leacock asked Finance Minister Gonsalves to explain the difference [ethically speaking] between having an international ship registry and having a CIP.

Related: “We Have Lost Billions” By Not Having a CIP Says Saint Vincent Opposition

Saint Vincent & the Grenadines (SVG) is home to the eighth largest ship registry in the world and is flag state to some ships that have caused embarrassment to the country by running afoul of international law. Leacock suggested to the Finance Minister that a CIP and a ship registry operated by the same principle.

You can read the ensuing discussion in iWitness News.

In a separate article, the same Minister Gonsalves said CBI was “a loophole, not a niche”.

Recognizing the importance for small states with limited natural resources to find economic specializations in order to thrive, he indicated citizenship by investment was not sustainable enough to fit the bill.

“[…]We have to find niches. But a niche is not a loophole, because a loophole can close on you and when a loophole closes on you, you are left holding the bag,” said Gonsalves, and pointed to the IMF’s warnings regarding the high risk Caribbean CIP countries ran of suffering a sudden stop in revenues should the visa policies of advanced countries change.

“The OECD is considering a range of additional approaches to prevent the abuse of citizenship by investment schemes and this may include policy-related measures and will take into account the role of all stakeholders involved, including the jurisdiction involved in the schemes,” said Gonsalves.

In a third article covering the parliamentary discussion, the opposition’s Leacock questioned how the SVG government could justify their refusal to raise funds through a CBI, while at the same time going into debt to finance public expenditure.

Leacock, who is Member of Parliament for Central Kingstown, said the Government of SVG’s position on the “elsewhere” and otherwise referred “we nah sell passports” policy with reference to CBI programmes is fully understood even though not appreciated.

“This is against the background of consistent earnings in or around half a billion Eastern Caribbean dollars per annum in the sister islands of Grenada, St. Lucia, Dominica and St. Kitts and Nevis.

Read the rest of that article here.