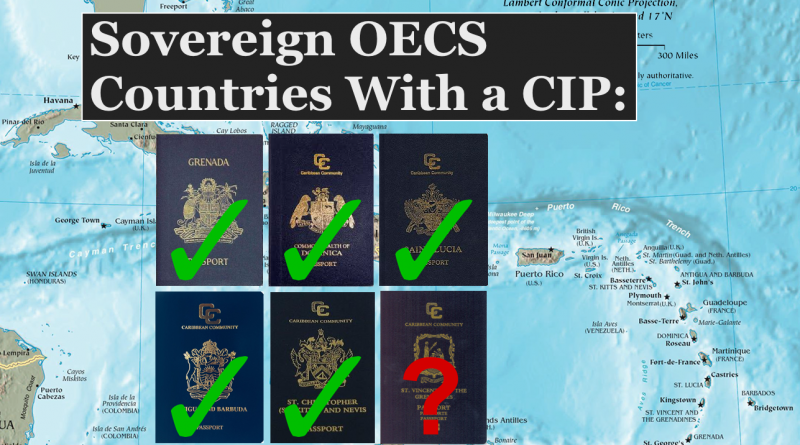 In Saint Vincent & The Grenadines (SVG), the only sovereign OECS-country that doesn’t offer a citizenship by investment program (CIP), the question of whether a program will open remains starkly dichotomous: If the incumbent party remains in power, a CIP is out of the question; If the opposition gains control, the launch of a CIP is a fait accompli.

Prime Minister of SVG, Dr. Ralph Gonsalves, reiterated his non-negotiable stance on citizenship by investment on an Antiguan radio program over the weekend.

“The highest office in the land is that of citizen, higher than governor general, higher than prime minister, it’s not for sale,” said Gonsalves, according to Antigua Observer. “It’s not a commodity for sale, and the passport is the outward sign of the inward grace of citizenship, and that too is not for sale.”

Of the six independent OECS member countries – Saint Vincent & The Grenadines, Saint Kitts & Nevis, Antigua & Barbuda, Grenada, Saint Lucia, and Dominica (Montserrat is also a full member but is a British Overseas Territory and cannot, therefore, act with full autonomy on the question of immigration law) – SVG is the final holdout on citizenship by investment, largely due to PM Gonsalves’ repeated refusals to even consider such a program since he came to power in 2010.

“I have a disagreement with my colleagues in the OECS,” Gonsalves said as he repeated that he does not condone the CIP. “It’s a question of principle,” he added.

The main opposition party, meanwhile, continues to call for a CIP, and its leader, Godwin Friday, has previously claimed the country is missing out on “billions” by not having a CIP and that not instating one amounts to an “almost criminal” act. Should his party win the reins of power in the next election, the launch of a CIP is virtually a done deal.

The United Labor Party is currently three years into a mandate that started in 2015, and rumors that the incumbent Prime Minister may call a snap election soon have been rife in recent months after he commissioned a poll on the topic late last year, in which he indicated his party had come out favorably.