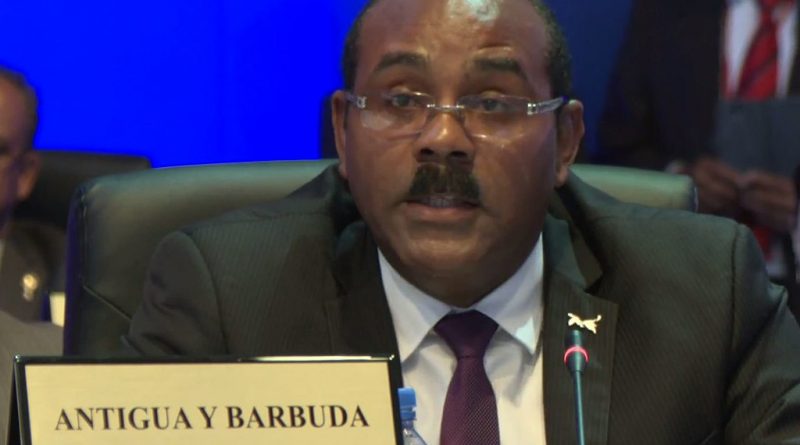 During a town hall meeting last week, Canadian premier Justin Trudeau said his government would reconsider allowing visa-free access to citizens of Antigua & Barbuda if the CIP could show “significant improvements” to its vetting standards.

The statement was noteworthy chiefly for two reasons; It marked the first time Canada had admitted publicly that its imposition of visa-restrictions on Antiguans had something to do with the latter country’s Citizenship by Investment Programme, and also confirmed that the program had, in the eyes of Canadian authorities, been found wanting.

Canada has never specified precisely what about the CIP procedure needed improvement, and neither did Trudeau during the meeting last week. In other words, Canada has penalized Antigua & Barbuda for perceived infractions it has yet to define.

Reacting to the Kafkaesque predicament, Antiguan Prime Minister Gaston Browne has penned a letter to his counterpart in Ottawa in which he invites the Canadians – if they are sincere in their professed willingness to reconsider the visa policy – to review the program without restraint and to recommend improvements in procedure so as to once more allow his country’s citizens to visit Canada without a visa.

Read: Chinese Account for Half of Antigua CIP Applicants – Program Interest up 27% on Year

Browne wrote that he was happy to read Trudeau’s comments during the town hall meeting because they confirmed the source of Canada’s concern was the CIP’s vetting practices, which he considered an opportunity to implement measures that could restore the bilateral relationship to its former condition.

“You said that Canada is happy to work with Antigua and Barbuda to ensure that our CIP systems meet Canada’s high standards and that if Antigua & Barbuda makes significant improvements necessary to its Programme, you could then look at lifting the visa requirements,” wrote Brown.

The Antiguan PM also expressed a wish to better understand the particular points of unease prompting Canada’s policy change and stressed that his country’s CIP applied very high due diligence standards to all its applicants.

“Since I am not aware of the depth of Canada’s standards for border control and security, I am unable to comment on whether our very intense vetting system somehow fell short of meeting Canadian standards. However, I am obliged to point out that our system involves four levels of stringent vetting of applicants, before approval, including by INTERPOL and the Joint Regional Communications Centre in which the relevant agencies of Canada participate,” Browne noted in his letter.

Browne said that Antigua & Barbuda’s High Commissioner, Sir Ronald Sanders, was scheduled to meet with Canadian authorities in Ottawa on January 31st and that he hoped the matter would be attended to then.

Browne, cleverly, is testing Trudeau. The Canadian PM’s noncommittal statements during the town hall meeting are just talk, and Browne knows that, which is why he is asking Trudeau (in more tactful terms) to put actions behind his words.

Now, Trudeau can either respond by sending inspectors and offering Antigua & Barbuda a clear path to regaining its visa-free access to Canada, or ignore a polite and reasonable invitation graciously extended to him by the Prime Minister of a country he has slighted without explanation.

If Trudeau sends a delegation and makes a checklist of improvements, Antigua needs simply to make the necessary adjustments which, once concluded, will leave Trudeau with no option but to reinstate visa-free access.

If Trudeau ignores the invitation, he is revealed as a disingenuous poser (which, incidentally, he happens to be).

The vetting standards of the Antigua & Barbuda CIP are exceedingly stringent, as they were when Canada revoked the visa-free status. In fact, they are far more stringent than those applied to, for example, applicants to the US EB-5 program or the UK’s Tier 1 Investor Visa and, most ironic of all, Canada’s own Quebec Investor Immigrant Program.

It is also worth noting that while Trudeau purports to be concerned with whether CIP-citizens from the Caribbean conform to Canada’s “high standards” of border control and security, he has no compunction about admitting several hundred thousand Middle Eastern and North African migrants, virtually none of whom are subjected to anything near the level of scrutiny applied to CIP-applicants. I can’t imagine it’s very easy to obtain, for example, police certificates, tax records or notarized apostilles in Bhengazi these days.

Furthermore, Trudeau’s description of his apprehensions is conspicuously vague, offering no specific route for Antigua to redeem itself.

Does Trudeau harbor ulterior motives for imposing visa-restrictions on Antiguans and Barbudans? It’s not inconceivable that Trudeau may have responded to pressure from the United States or the EU – neither of whom are fans of citizenship by investment – to change the visa policy, and that his ostensible concerns about vetting practices are but a convenient pretext.

Let’s imagine that Canada did send inspectors to Antigua & Barbuda. What would they find? Shortcomings in background checks? It’s hard to imagine what those would be, considering each applicant is subjected to checks by independent third-party specialists like Thomson Reuters and IPSA, public domain searches, INTERPOL database scrutiny, and even cross-referencing with the US State Department. The fact is that it’s easier for a camel to get through a needle’s eye than for a criminal or a terrorist to get through Antigua’s CIP vetting process undetected.

The inspectors would likely find nothing. But coming up clean during inspections doesn’t necessarily translate into improved foreign relations, particularly when the Americans have made up their minds a priori. Hans Blix can attest to that.