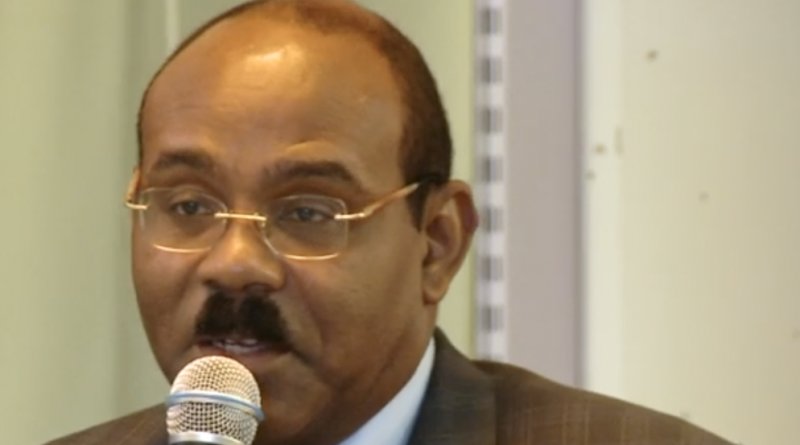 As part of a longer tirade against the EU, the OECD, and the US during a conference last week, Prime Minister Gaston Browne of Antigua & Barbuda asked whether the real reason Caribbean CIPs are under assault from “external forces” is because Europe has its own CIPs?

Condemning developed-world organizations for obstructing Caribbean countries’ access to correspondent banking relationships, blacklisting, and general vilification of its financial sector – as well as efforts to wrest tax-related sovereignty from states in the region – PM Browne lamented the lack of a unified front among OECS jurisdictions.

“Disguised as concerns over ‘profit erosion’, ‘tax havens’, ‘money laundering’ and ‘counter-terrorism financing’, the objectives of these external agencies appear to be designed to cripple competition in the financial services sector,” Browne observed.

Of all Caribbean Prime Minister, Browne has been the most vocal in his criticism of European and North American encroachment on Caribbean autonomy over the last several years. Organizations like the OECD and the EU, in particular, have repeatedly placed OECS member states on blacklists and mandated domestic regulatory and policy changes as a prerequisite for de-listing. The practice increased markedly with the OECD’s launch of a “harmful tax competition” initiative.

“In effect,” said Browne, “that initiative was designed to try to stop competition in financial services by coercing smaller jurisdictions to adopt tax rates that approximated the higher rates in Europe.”

Most Caribbean states have complied, and implemented the requisite adjustments, only to find themselves re-listed later for altogether different EU/OECD complaints.

Not satisfied until Caribbean financial sector is “dead and buried”

But Browne’s message is clear; such appeasement will not work and amounts to the capitulation of sovereign rights.

“[…] no matter how much our jurisdictions adopt draconian laws and pay for expensive enforcement machinery; new and more intrusive demands are made. We have wounded our financial services sector by a thousand cuts already. Is it that the only time that external forces will be satisfied is when our financial services sector is dead and buried?” he asked

Drawing a parallel to citizenship by investment, the prime minister asked the gathering of bankers and auditors whether the motivations for developed-world antagonism toward it were similar to those for the financial sector.

“[Caribbean CIPs] compete with similar programs in Europe and North America. Perhaps, that is a reason why, like financial services, it is under assault by external forces,” he pondered, further pointing out that due diligence on CIP applicants was stronger than for international banking clients.

“Certainly, CIPs prevent money-laundering since funds received by the government for approved applicants are non-refundable. Nonetheless, some correspondent banks have shied away from transactions related to CIPs. In this regard, I urge Caribbean banks involved in this service to demonstrate to their correspondent banks the extreme care and due diligence used in managing the CIP product. By clear policies and procedures, they should demonstrate why CIPs do not pose a risk to the integrity of correspondent banking relationships.”

Rage, rage against the dying of the light

Indicating that the stated objectives of the EU and the OECD did not reflect their actual motives and that they had, by repeatedly moving the goal posts, shown their hand, Browne urged regional leaders to adapt accordingly and depart from the ineffective, cordial approach.

“The acquiescence of sovereign rights is a slippery slope; Once the slide begins, the fall is difficult to stop, and almost impossible to reverse. […]I say we cannot allow that to happen. I say, we have a right to compete in the global marketplace on a level playing field with all. […] We will not silently fade away, allowing our countries to wither and our people to suffer.”