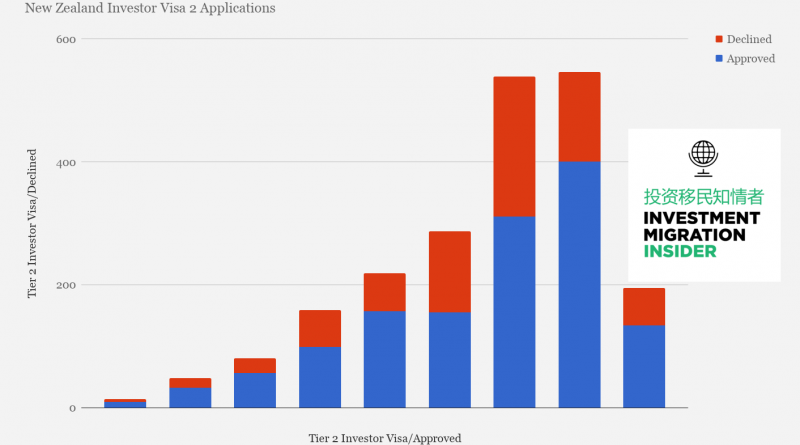 Investor 1 requires an investment of NZ$ 10 million over a three-year period; Investor 2, an NZ$3 million over a four-year period (NZ$1.5 million until May 2017). Since 2007, 1,541 main applicants have received approvals under one of these categories.

The new government this year introduced restrictions on foreign property buyers in response to rising home prices for which some blame investor immigrants. The same criticism is often levied against Chinese investors in Canada, a matter discussed in detail by our regular columnist Stephane Tajick here.

More than half of all applicants are rejected. Some 53% of all applications received since 2007 have been declined. This rejection rate is, to the best of our knowledge, higher than any other residence by investment (golden visa) program.

Fully two-thirds of all applicants are from China. Chinese nationals accounted for 67% of approved applications and 71% of those rejected. 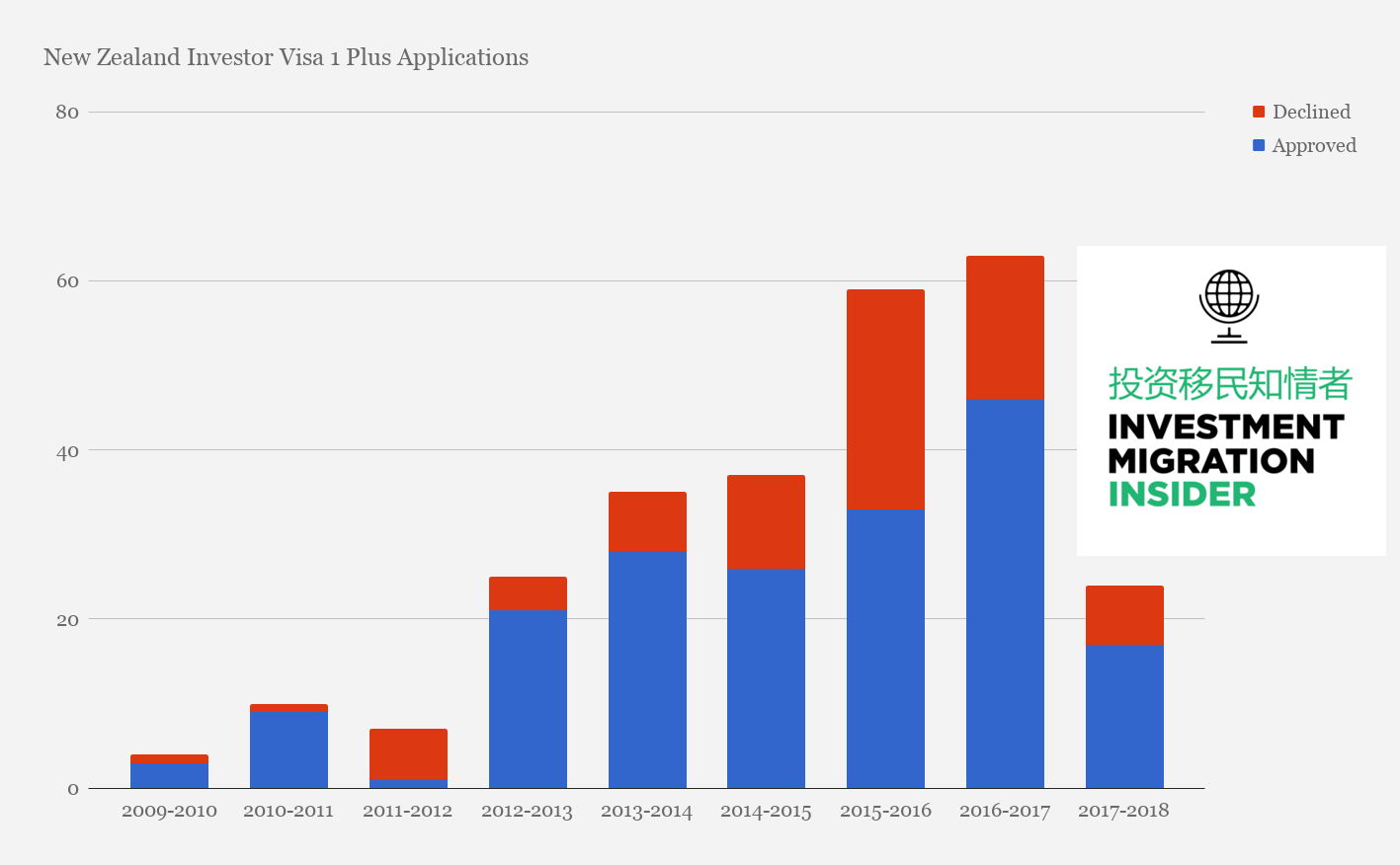 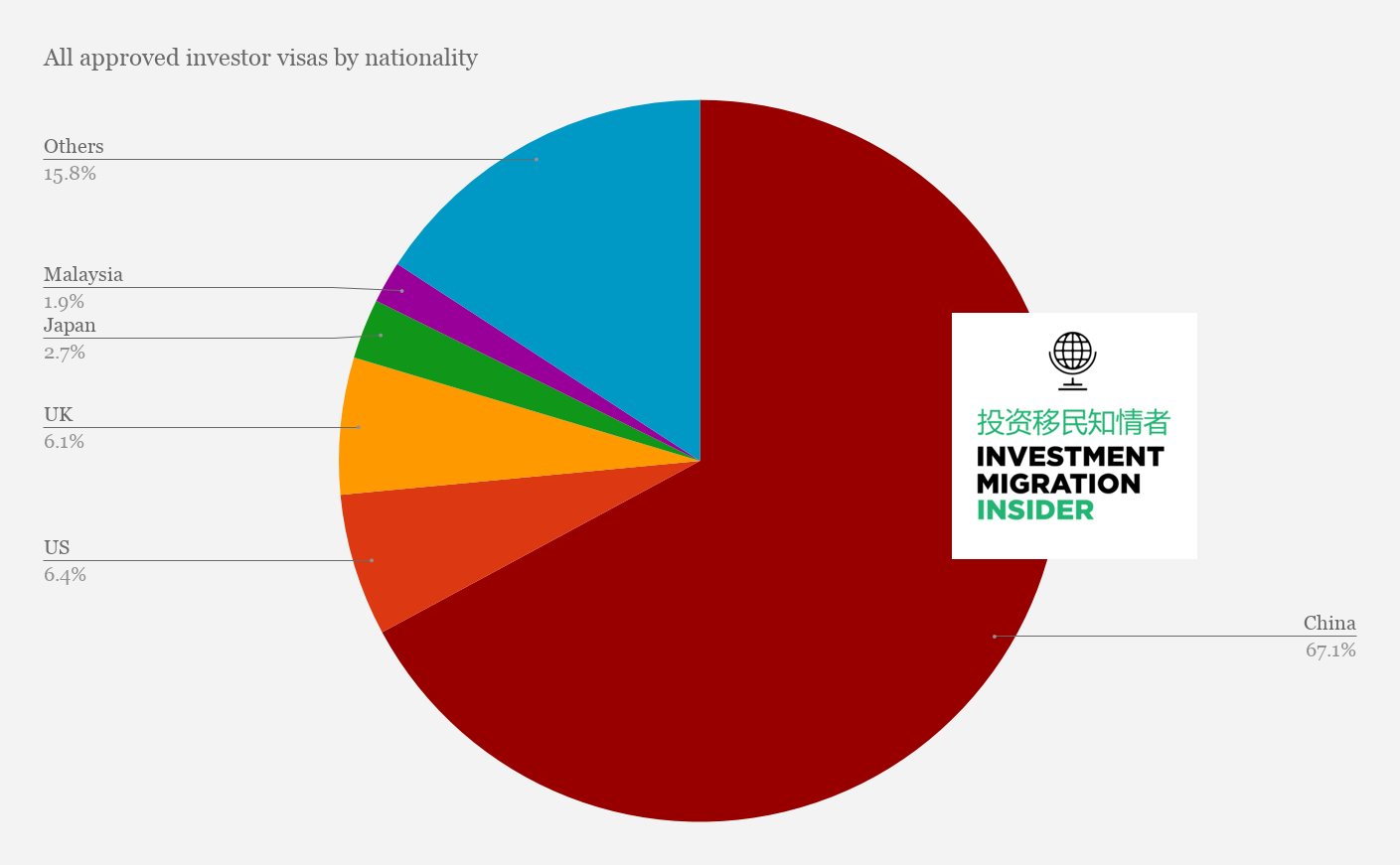 Prabhu Balakrishnan contributed to this story.