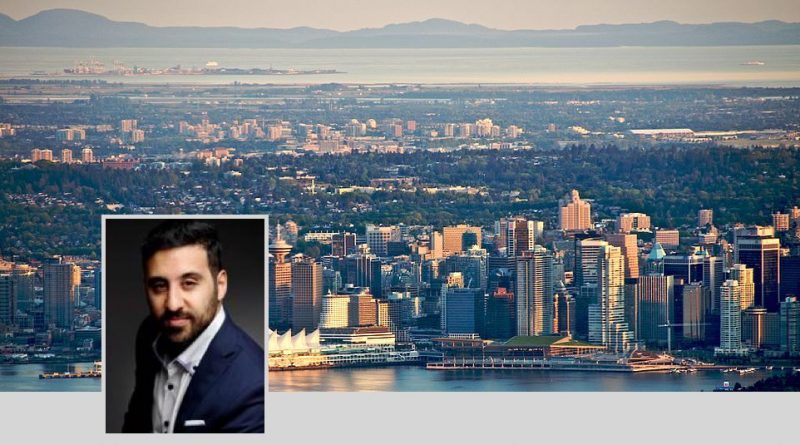 In recent decades, property prices have been surging to record heights in both Vancouver and Toronto. Inhabitants in both cities have been voicing concerns about the growing unaffordability of housing. In Vancouver and Toronto, it’s commonly believed that rich Chinese are the main cause of the surge in property prices. The myth is that many Chinese are coming into the country and are willing to overpay for a property.

Does this theory hold water?

With roughly 30% of its inhabitants tracing their ancestry to China – as far back as 1858- Vancouver has a very large Chinese minority. The common mistake is to think that a rich Chinese-looking individual living in Canada is foreign. A rich person of Chinese ancestry may also have lived his/her whole life in Canada – these characteristics are not mutually exclusive. In most cases, the individuals in question are Canadians, perhaps even multi-generational Canadians. Very few of them don’t hold citizenship or permanent residence status.

Most of the world’s big cities have problems with housing affordability. Sure, the Chinese are probably behind the problem in Shanghai – but did they cause the unaffordability of property in Tehran? In Kiev? In Vancouver in 1981?

Figures show that both Toronto and Vancouver have had problems with housing affordability in the past, and the trends are linked with the national economy. Both of Canada’s main cities have experienced the same price trends, with Vancouver having historically a more expensive property market.

What we saw lately in Toronto and Vancouver was confidence in the market born out of the myth that rich Chinese were coming in exaggerated numbers and overpaying for properties. That myth, which was repeated and embellished over and over, led people to believe that prices could naturally only go up.

Canadians with a bit of money in Toronto and Vancouver started buying investment properties in the hopes of flipping them in a few years and making good money. It soon became a trend. An analysis conducted by the Ministry of Finance found that 121,100 people in the Greater Toronto area owned at least one other home in 2016. And that number has been gaining momentum the last few years. 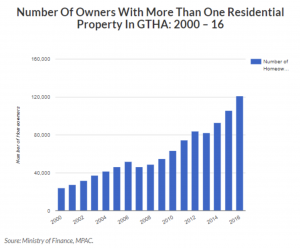 These numbers are for the number of owners, but each owner may own more than two properties. One owner can have numerous additional residential properties. I personally met an immigrant investor from Iran who bought an additional property for every member of his family, having been made to believe by realtors that this was the way to make money in Canada.

That same person, who had no income in Canada and limited wealth, was tricked into taking out numerous mortgages with low down-payments, in a move reminiscent of the predatory lending during the American mortgage crisis. These numbers also exclude trusts and companies whose investment activities include real estate. These large investors can be both local and foreign and can force more volatile fluctuations, as they usually follow the same indicators.

Will the bubble burst?

The 15% tax imposed on foreign buyers had a cooling effect. It at least gave naïve Canadians the impression that the rich Chinese would be deterred and pessimism would enter in the market.

People will wait for a bit to see what happens. The tax will trim the extra fat, but companies and trusts are likely to find ways around it. Immigrant investors are, of course, unaffected, so the myth of the rich Chinese buying a million-dollar property for more than the listed price may not die. But it’s likely that investment companies will reduce their investment in both Vancouver and Toronto.

The bubble is unlikely to burst in Toronto because of the number of new immigrants flocking to the city, and Vancouver’s prices have been up for a good amount of time (and naturally priced higher, for numerous reasons). Prices are more likely to adjust and stabilize once confidence in the market is tamed.

There were many ways to slow down the surge in prices, ways that would decrease accessibility for unwanted buyers and increase it for desired buyers. Nevertheless, Vancouver took a very long time to put its property market in order. The policies were implemented a decade or two too late, and growth in many sectors of the economy was reduced because of it.

Toronto acted quickly, but the damage was already done. Record unemployment due to low job creation was reported in 2017. On the opposite side of the spectrum, Montreal is breaking records with its lowest unemployment rate in 40 years and reaching new highs in terms of job creation. The city has been attracting business in the last few years because of the quality of its workforce in relation to its cost, making products and services produced in Montreal very competitive in the global market.

But Montreal has lately become arguably the most livable Canadian city, and its healthy economy may accelerate its population growth. Because it’s so important for the city to maintain an affordable property market, cooling policies should be put in place sooner rather than later.