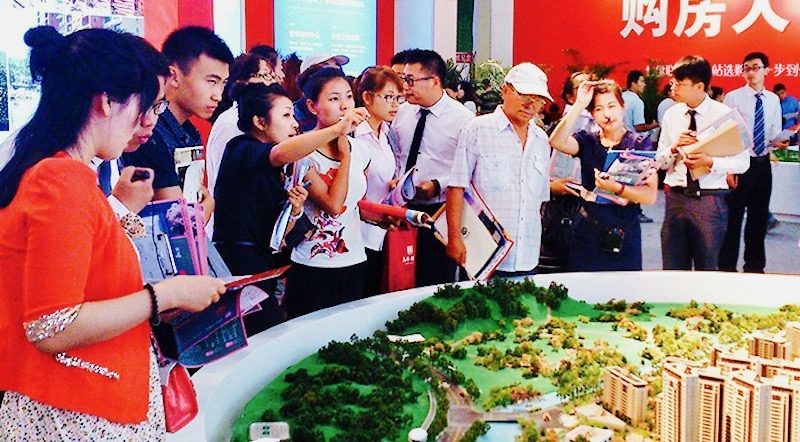 Juwai.com is China’s largest overseas property website, a position that also makes it one of the world’s best sources of data on Chinese investor habits. Speaking to IMI, Executive Chairman Georg Chmiel indicates market preferences among Chinese buyers have changed notably in the last two-three year to the advantage of non-Anglosphere markets, as well as golden visa jurisdictions.

“Over the past two years,” says Chmiel, “we have seen a shift towards Asia as many Chinese buyers look for closer, more accessible markets where the rate of growth is higher. The Anglosphere accounts for a significantly smaller share of Chinese buying inquiries today than in 2017.”

Among those markets that have seen their popularity lose traction is that of New Zealand, which Chmiel points out is laboring under self-imposed curbs on demand. Australia, meanwhile, is absorbing some of the Kiwi spillovers.

“We can’t put a number on it, but we do believe the foreign buyer restrictions in New Zealand have shifted some demand to Australia.”

New Zealand, Chmiel points out, is conventionally seen as the more attractive Oceanian market thanks to a “more welcoming regulatory environment” but, due to its partial ban on residential acquisitions by non-residents, requirements in New Zealand are now more onerous than those of its neighbor.

“Chinese buyers made fewer inquiries in New Zealand in the first three quarters of this year than in the same period last year, while in Australia they made more buying inquiries,” Chmiel notes.

Since launching in 2011, Juwai has witnessed first-hand the rapid evolution of Chinese investor preferences and behaviors in the last decade. As an example, Chmiel highlights the increasing shrewdness with which Chinese investors evaluate overseas property, leading them to “probe the market for every advantage they can find”.

An example of this, he relates, is an emerging trend of Chinese buyers seeking to capitalize on tax breaks designed to keep rents affordable. Speaking to a colleague in Australia, says Chmiel, he learned that foreign buyers are seeking out buy-to-let properties that fall under the National Rental Affordability Scheme, which come with “tax-free government incentive payments that can increase your return well beyond that of a typical rental unit for as long as they last.”

His colleague, adds Chmiel, had just sold six such units in one go to an offshore buyer.

He also points to the growing trend of overseas property investment coinciding with immigration purposes.

“One of the new trends to emerge since about 2015 has been the huge expansion of Chinese participation in citizen by investment and residency by investment programs,” says Chmiel. “That’s a fascinating trend that IMI covers better than any other media outlet in the world.”

See the IMI Data Center for global statistics on residence and citizenship by investment programs.

Chmiel is unequivocal as to which markets have been the chief beneficiaries of that trend:

“There isn’t a program in Asia that can compete with Europe’s best residency by investment programs for Chinese who want to reside in Europe. Greece, Portugal, Spain, and so on have a clear lead simply because they are in Europe,” comments Chmiel, but also adds that, among those Chinese who do wish to remain in Asia, the Malaysia M2H and Thai Elite programs are Chinese favorites.

Chmiel categorizes the world of golden visa programs as “a buyer’s market in which Chinese citizens have their pick” and forecasts that China, by virtue of its sheer size and wealth, will continue to dominate the investment migration landscape for years to come and continue to bolster the industry’s already break-neck pace of growth.

Some factors, though, have remained constant since the start eight years ago:

“The one thing that hasn’t changed is this: the citizens of China still buy more cross-border real estate than do those of any other country.”