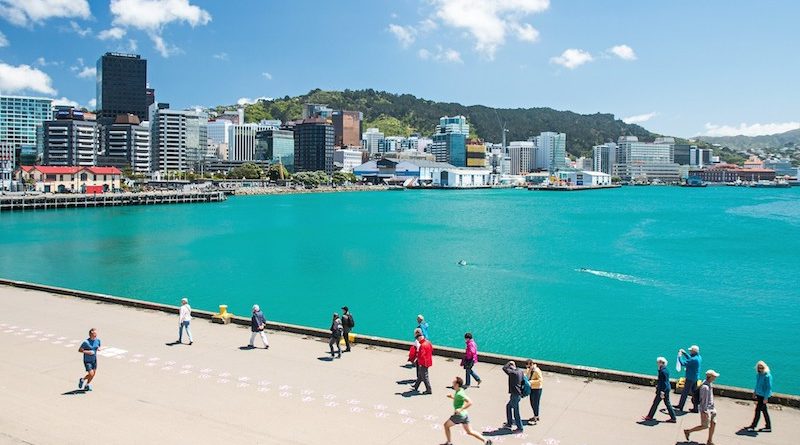 The election of the Ardern government in 2017 brought with it the promise of greater restrictions on foreign property buyers in New Zealand. Prime Minister Jacinda Ardern pursued the new policy with an aspiration to make homeownership more affordable to Kiwis after many years of soaring house prices in the country.

Ardern’s plan made headlines locally and globally, with many contending it was a ‘wait and see’ to establish the true impact of the reform. Now a year on since the new law’s passing, we ask: has it really worked? Answering this requires an understanding of how New Zealand arrived at this point, and what other factors have played a role in this issue.

New Zealand, like Vancouver and Melbourne, saw Asian investors price locals out of the property market

Any native Kiwi could tell you the ‘Land of the Long White Cloud’ has always been an idyllic place to live. A peaceful, multicultural society, with sweeping natural beauty, and citizens who have recorded an abundance of achievements on the global stage that belie the nation’s small population, currently of 4.7 million.

Recent years and decades have seen a new interest in New Zealand surge. With aspiring residents in the Asian region and beyond drawn to the nation’s clean and green lifestyle, its political stability and rule of law, and even its geographical isolation from the world’s hotspots.

PayPal co-founder and billionaire Peter Thiel is famous among a number of foreigners who are understood to have purchased property in New Zealand as a retreat if a global crisis arises.

While the surging interest in Kiwi property abroad was terrific for New Zealand’s realtors, it also became a hot button political issue as many New Zealanders found the prospects of homeownership  increasingly unaffordable, with early 2017 seeing the nation’s largest city of Auckland ranked the 4th most expensive in the world in which to purchase a home.

In response, in late 2017 the newly-elected government, led by Prime Minister Jacinda Ardern, moved to fulfill an election promise to clamp down on foreign buyers of existing homes, ultimately passing the new law in August 2018. The Ardern government won praise at home and abroad for the move, but doubts endured about whether it would have any meaningful effect on increasing housing affordability in the Kiwi market.

The old adage ‘the devil is in the details’ has never been so true as in the case of  NZ’s foreign buyer’s ban. Before the policy took effect in October 2018, it was understood around 3% of homes sold in New Zealand were purchased by foreign buyers, 4% if including those purchased through corporate structures.

Although the policy targeted foreign buyers as a whole, exemptions for Australians and Singaporeans were also included due to existing free trade deals between New Zealand and these nations. Furthermore, foreign buyers are today still permitted to buy property within large new developments, such as apartment buildings. Collectively these exceptions mean the policy that targeted under 5% of New Zealand property buyers as a whole would in practice only impact an even smaller percentage.

In this respect, many held the policy was ‘dead in the water’ before it even came into effect. Instead of this policy alone being the cure for housing unaffordability in Auckland, many observers maintained the NZ government would be better served to devote their efforts to increase housing supply within in-demand markets like Auckland.

November 2018 brought news that new home building approvals had risen – and estimated this was the first time Auckland had kept pace with rising population growth since 2009 – but a slowdown in the city’s population growth overall offset the positive news of this new construction. The new data gave rise to estimates indicating Auckland was still in need of 27,000 extra homes to meet current demand, and that the  national deficit amounted to 100,000 homes

Assessing the efficacy of a foreign buyers’ ban

A clear sign of success for the Adern government’s policy in the minds of aspiring first home buyers would be prices falling and listings growing. Every local market has its own unique characteristics but, commonly, across the nation, a trend to lower prices and lower listings has been evident.

A more detailed reading of the data reveals prices are not falling enough in cities like Auckland to see New Zealand markets escape the company of the world’s most expensive. Even if prices are declining, the low listings mean supply and demand continue to favor those who can supply.

In the future, once new home builds are ready for sale – alongside further government ventures in this area – a more decisive shift in NZ’s housing market may occur. For now, it remains expensive, and declaring the Ardern government’s policy a success would be, at best, premature.

Hundreds of companies can assist with applications to the New Zealand Investor Visa program. To see which ones, visit the Residence and Citizenship by Investment Directory.