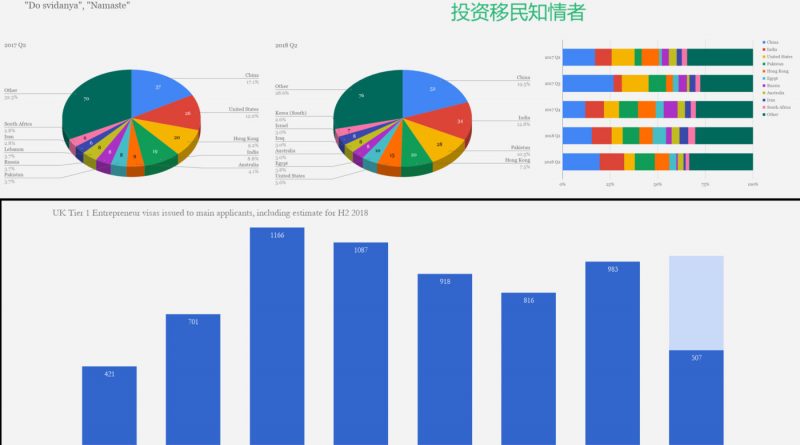 The first half of 2018, as a whole, also saw 14% more Entrepreneur visas issued than the first half of last year, indicating a healthy upward trend in application volumes.

As is their custom in golden visa programs, the Chinese constituted the largest single applicant group, and the proportion of applicants that hailed from China grew from 17.1% in Q2,2017 to 19.5% in Q2, 2018.

More on investment migration to the UK:

While China remains the undisputed leader in terms of applicant nationality, the top ten list of nationalities did see some significant shifts over the last year; While China, the US, Hong Kong, India, Australia, and Pakistan remained among the top ten countries this quarter, Russia, Lebanon, Iran, and South Africa were replaced by South Korea, Israel, Iraq, and Egypt.