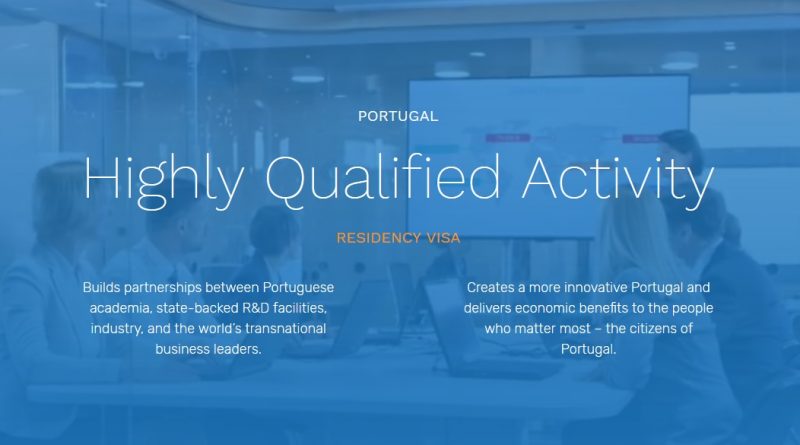 Inquiries to consulates lead to rechristening of Portugal Angel Visa; program provides clear path to PR/citizenship through strategic oversight of own startup.

Recent global events, including protests in Hong Kong and the ongoing challenges in South Africa, have led to an increasing number of accomplished professionals seeking alternative residencies. For many, the promise of a stable future in the EU for their families strengthens the argument for relocating their professional base of operations.  The HQA visa program emphasis on seeding a business option in Portugal presents a compelling alternative to typical RCBI programs.

“We’ve been told that consular staff have been instructed to delay processing Golden Visa citizenship applications until after the federal election in Portugal – it’s that inflammatory,” reports Shawn Olson, VP of Business Development for Empowered Startups.

The HQA Visa program, which was originally unveiled in the spring of 2019 as the Portugal Angel Visa, leverages article 61 of existing Portuguese legislation designed to attract highly qualified professionals to stimulate R&D in Portugal. Accomplished international professionals are selected to launch their own R&D-driven startup in Portugal, which evolves within a concierge-style incubation program, delivered by program co-creator Empowered Startups. The program is intended to deliver immediate economic benefits while strengthening the country’s capacity to launch innovative transnational startups.

Local authorities in Portugal co-created the HQA program with Empowered Startups to attract international executives. “We’ve already got millenials with great ideas and global companies opening satellite offices. We need experienced professionals launching startups that add value right away and have access to international connections,” says Alex Rodrigues, from Brigantia-EcoPark, where Empowered Startups runs one of its HQA incubation programs.

The new program is part of a global trend towards startup visas as a path to EU citizenship or permanent residency. The HQA Visa program differentiates itself from other such programs by targeting accomplished professionals who can provide director-level oversight for their own startup. The venture evolves in Empowered Startups’ transnational business incubator, starting with an R&D project in a public research facility in Portugal. The entrepreneur-investors provide strategic direction to their innovative venture, while preserving their freedom to travel as needed.

“We’ve noticed an uptick in interest from Hong Kong, which makes sense,” reports Shawn Olson, VP Business Development for Empowered Startups, “When you’ve got a lot of business interests abroad, it just isn’t rational to live in a country where your mobility is at risk and everyday life is unstable.”

The increasingly virtual nature of work, especially for decision-makers with business interests in multiple countries, means relocating their base of operations to a more stable and secure country is not only practical but also meet key personal needs.

For many executives, the real estate gambles associated with many RCBI programs aren’t an acceptable risk. Launching a new business, but leaving the day to day management to a transnational incubator, falls within their sphere of expertise, The HQA visa program ticks all the right boxes.