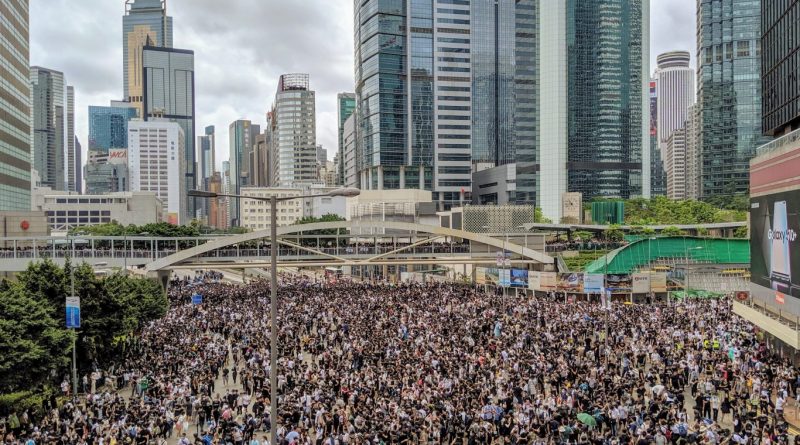 As anti-Beijing protests continue to escalate in Hong Kong, service providers say inquiries about alternative residence and citizenship from the city’s wealthy are surging.

“We’ve definitely seen an uptick in inquiries from Hong Kong,” says Nick Stephens of NTL Trust. “Particularly online. We never used to get those, as our Hong Kong clients generally came via agents on the Mainland. But as uncertainty about the territory’s future has grown following the extradition bill conflict, we’ve seen a sharp rise in the number of Hongkongers getting in touch”.

Henley & Partners’ PR director, Paddy Blewer, told the South China Morning Post his firm had seen a “dramatic spike” in interest from Hong Kong over the last few months, with inquiries in July up more than 100% on the previous month, and 260% on the year.

David Lesperance of Lesperance & Associates, who’s been working with Hong Kong clients since before the handover in 1997, indicates a series of disconcerting events have progressively galvanized demand for alternative residence permits and citizenships among the city’s business elite.

“I deal with a certain slice of the market, ultra-high net worth clients, tycoons and so on,” Lesperance tells IMI over the phone. “The first noticeable increase began in January 2017 when Mainland authorities snatched Xiao Jianhua out of the Four Seasons Hotel. That appears to have been an eye-opener for a lot of people in the circles I deal with. Prior to that, I was receiving only about one inquiry a quarter out of Hong Kong. But after Xiao’s rendition, they rose to about one a month.”

In the middle of our interview, as it happens, Lesperance is interrupted by a phone call from an anxious client in Hong Kong. After a few minutes, he continues: “We started seeing a further increase around the time the idea of an extradition bill was first floated, in late 2018. It was only at the idea stage back then, but there were rumblings in the upper echelons of Hong Kong’s business world. When the formal announcement came out, in May, the frequency with which we received inquiries really accelerated, and now we’re getting several each week.”

See also: Wealth Planning and CBI Are Separate Worlds, But This is About to Change

Jean-François Harvey, Global Managing Partner of Harvey Law Group, also reports an increase in queries from the SAR but tempers the observation with qualifying statements.

“It’s not so straightforward,” he opens. “Hong Kong has around 300,000 Canadian citizens, perhaps half a million British Overseas Citizens/Subjects/Nationals, and maybe another 200,000 who have various other travel documents. So that’s a million people already with a decent exit strategy. Add to this the fact that the Hong Kong passport offers a great deal of mobility. There’s also Taiwan, where obtaining a residence permit is pretty easy, and many Hongkongers retire there by buying a house at the fraction of the cost back home. The point I’m trying to make is that with all these ready solutions, most of the ones who are left without a migratory Plan B are those who can’t afford it.”

Nonetheless, he admits, they have definitely noticed a rise in emails and phone calls to their Hong Kong office since protests began in earnest. But Harvey questions the degree to which this interest will convert to action.

“We’ve seen a big increase in what we call ’emotional inquiries’,” says the lawyer, who lives Hong Kong and says he hasn’t been able to get home for the last two days due to the ongoing airport sit-in. “But we also saw this during the 2014 umbrella movement. Once things calmed down on the streets the inquiries tended to fizzle out as well.”

For the investment migration industry, he concludes, the impact will likely be limited. What has piqued his interest, however, are the anecdotes he hears from the city’s business communities.

“I’ve been getting a lot of calls from professional expats looking for options, re-thinking their presence in Hong Kong. Corporate CEOs are contacting us to ask how they can reduce their exposure, for example by moving their logistics base out of Hong Kong.”

Harvey also says friends of his in the five-star hotel business relate tales of corporate clients canceling conferences, some of which were expecting several thousand delegates. “The hospitality industry is downright panicking right now.”

Questioned as to whether this would affect his own event, the Investment Immigration Summit East Asia, which Harvey Law Group co-organizes each year in Hong Kong together with Beacon Events, he indicated it was not entirely unthinkable.

“It could affect us. A lot will depend on what happens in the next few weeks, as the universities open again and a lot of the protesters have classes to attend. Things could calm down,” he says.

But the conference, he emphasizes, will take place in any event, even if they need to move it.