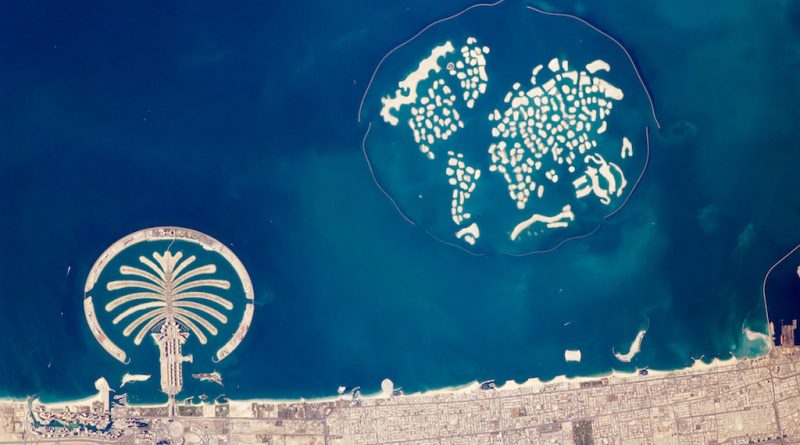 On Wednesday, the Daily Mail – a British newspaper not primarily known for its nuanced approach to journalism – carried an exposé on a Dubai-based developer that offered Moldovan citizenship as a bonus for those who purchased luxury residences in its “Heart of Europe” development, part of Dubai’s artificial “The World” archipelago.

Couched in terms familiar to investment migration professionals weary of reading the mainstream media’s inaccurate and oversimplified portrayals of the business – “backdoor”, “security risk”, “tax evasion” – the story predictably gained traction without delay. As of the time of this writing, Arabian Business, Forbes, and a host of other popular outlets have picked up the narrative of “free European passports to rich foreigners”.

The coverage has, naturally, included commentary that hints at the practice being disconcerting, both in terms of morality and security.

“Beyond the obvious ethical concerns, this poses a serious security risk to both Moldova and the entire Schengen area to which it has visa-free access,” Naomi Hirst of Global Witness told the Daily Mail.

Neither the ethical concerns, nor the security threats are “obvious”

Offering property buyers in Country X the added benefit of (potentially) qualifying for citizenship in Country Y isn’t ethically wrong. The CIP jurisdiction obtains additional, unencumbered funds (or what Christian Kälin has coined sovereign equity) beyond what they would have gained in the absence of such creative sales gimmicks. The home buyers are chiefly interested in UAE-real estate – not new citizenships – so Moldova likely would not have received applications from these same individuals if the perk had been a free T-shirt rather than citizenship.

Nor is Kleindienst’s practice problematic from a national security perspective; just because the developer agrees to cover the mandatory donation amount to Moldova – funds they presumably take out of the EUR 1.2 million sales price – it doesn’t mean the client is exempt from the same due diligence and documentation process to which ordinary CIP-investors are subject. The client may not qualify after all, regardless of their having bought beach-front property in Dubai. So unless the Moldova CIP is itself a security threat to Europe – which it isn’t because of its rigorous vetting requirements – the Kleindienst method isn’t one either.

It’s not a security issue and it’s not a moral issue. But it is a PR headache.

People are already uncomfortable with the concept of citizenship as a commodity. We’ve discussed before that the exchange of citizenship for investment doesn’t sit well with a significant proportion of laymen, who consider citizenship not merely as a practical matter but as something more exalted and solemn, even sacrosanct. The exchange of it for money, consequently, to them becomes vulgar. I believe that’s the wrong way of looking at it and that these critics ignore the moral argument for citizenship by investment but, as an industry, we must nonetheless take these views into account, regardless of their flaws, because they have real-life implications.

As for the safety concerns, unless you have direct familiarity with residence or citizenship by investment application processing, chances are you have no idea of what participating in such a program entails in terms of background checks and due diligence. If Kleindienst’s citizenship-perk is then described as something “thrown in for free” as a bonus and if, furthermore, newspapers lead readers to believe the buyer’s acquisition of that bonus is a foregone conclusion unbridled by additional hurdles, we can’t be surprised if it causes an uproar.

“It’s not the security issue as such, but it is scary to people in Brussels to think that a developer in the UAE is in charge of promoting Schengen visas,” said Bruno L’ecuyer, head of the IMC, in an email to IMI. He should know; he’s spent the last several months meeting with European officials to dispel myths propagating the notion that criminals can get EU passports if only they pay enough. The Kleindienst story will set his work back by several months. See: L’ecuyer: “Shocked and Alarmed” at MEPs’ Misconceptions of IM Industry.

We’ve seen this Sisyphean scenario play out many times in the past; the IMC and leading industry firms spend months and millions correcting misapprehensions about RCBI, only to see their efforts come undone in a moment because of a carelessly worded news story.

Kleindienst must shoulder some responsibility here.

First, for the manner in which it initially advertised the citizenship-perk as “automatic”, which exacerbates the widespread misconception of citizenship by investment as a straightforward cash-for-passports business.

Second, because they should have known that this would look bad to everyone except those who know how RCBI-programs actually work.

Kleindienst may redeem themselves yet, perhaps through a one-off donation to the IMC to compensate for the PR-damage they’ve caused. The firm reportedly sold for a record $100 million in the first quarter of this year, so they should be able to offer the IMC this “kleiner Dienst”.