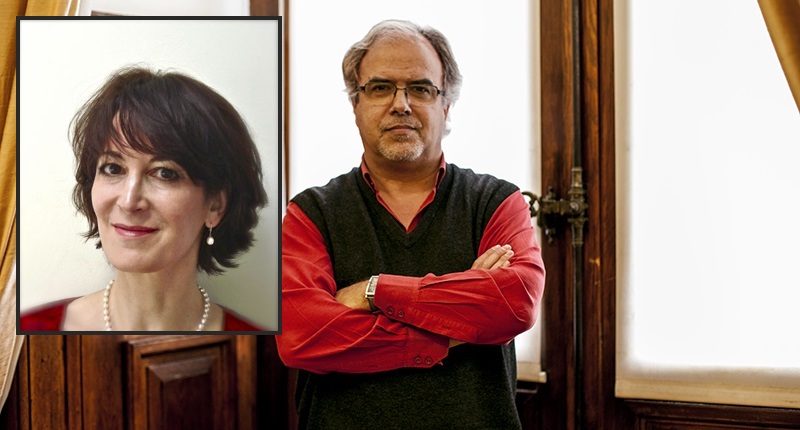 I have a dream. I have a dream that one day, I will be able to go for a whole week without seeing our industry maligned and slandered in the press.

This is not that week.

Jenni Russel, a columnist at the once-venerable Times of London writes (bold mine),

[…]the continent has thrown its doors open to thousands of scarcely checked and sometimes deeply corrupt individuals whose only qualification is money. […] They allow individuals and officials worldwide to launder money, move illicit cash across borders and escape prosecution.“

Silly Bernie Madoff and former Brazilian president Lula da Silva going to prison! Why didn’t they just apply for the Malta IIP, launder their money, and escape prosecution? It’s not like Maltese authorities spend months conducting criminal background checks and AML/KYC procedures or anything like that. The only qualification is money.

“Since the financial crash of 2008 13 European countries, including the UK, have set up schemes to boost their economies by selling residency or citizenship to the wealthy wanting a safe haven […] Some require days or weeks of residency; some don’t even bother with that. What they have all had in common is an unwillingness to inspect or challenge the lucky individuals who happen to have all this available cash.”

Governments all over Europe, you see, are simply not willing to do background checks on applicants. Furthermore, people who can afford golden visas and citizenships by investment are “lucky” and just “happen to have” money; Millions of euros just landed in their lap without any need for them to work hard, have good ideas, or take risks.

“Some of those connected to running these programmes have been accused of corruption themselves.”

Anyone can accuse anyone of anything. If accusations were tantamount to culpability, Ms. Russel would have been arrested by the journalism-police a long time ago, charged with wilful misdirection of readers.

Passport corruption was one of the issues that the Maltese campaigning journalist Daphne Caruana Galizia was investigating when she was blown up by a car bomb last October.

Yeah, so? Daphne investigated thousands of stories during her career, and there is absolutely nothing to indicate that her death had anything to do with the MIIP, so why even mention it in passing if not for the sake of smearing a legitimate business?

To be fair, the article does point to some actual cases of fraud and corruption – a case of Iraqis flipping properties in Greece, as well as the well-known issues with the now-defunct Hungarian Bond Programme, a case the industry took upon itself to root out – but these examples comprise only a minuscule proportion of golden visa or CIP-applications, so why label a whole industry and thousands of people, the overwhelming majority of whom are law-abiding, as a big problem for Europe?

If corruption, or crime of any sort, is detected and proven the countries in question can – and do – revoke the visas and citizenships.

[…] those known to have bought them in Malta, Cyprus or Portugal include billionaire Russian oligarchs close to Putin, President al-Assad’s cousin who was then on a US sanctions list, Brazilian executives caught up in a billion-dollar bribery scandal, Angolans connected to corrupt politicians, and the founders of Ukraine’s largest bank.

We’ve been through this. The cases to which Russel refers stem from a 2017 series of articles in the Guardian replete with red herrings, all explained in this article:

a) Obtained citizenship through the Cyprus CIP

b) Should not qualify for the Cyprus CIP because they are Politically Exposed Persons (PEPs) or criminals.

For reference, the formal Cyprus Citizenship by Investment Programme opened in 2013. Prior to this, citizenships were granted to investors on a discretionary basis.

Rami Makhlouf: The abovementioned Makhlouf does appear to be an unsavory character, but obtained citizenship before 2013 (later revoked).

Dmitry Rybolovlev: Obtained citizenship before 2013. In any case, he is not a PEP, nor does he stand accused of corruption. His only “crime”, in the eyes of the left-leaning crusaders of the Guardian, is that he is a billionaire art collector crisscrossing the globe in a private jet and once bought a property from Donald Trump. Send him to The Hague!

Alexander Ponomarenko: Did obtain citizenship through the CIP, but isn’t a PEP nor accused of crimes.

Gennady Bogolyubov and Igor Kolomoisky: The Ukrainian government nationalized their bank last year, saying they had been “illicitly extracting US$ 4.2 billion”, an accusation both individuals are contesting in a civil suit against the Ukrainian government. In any case, they obtained citizenship in Cyprus before 2013.

Leonid Lebedev: A former member of parliament in Russia, and therefore definitely a PEP. The article, however, does not specify when he obtained citizenship, which leads me to presume it was before 2013.

Nikita Mishin: Did acquire citizenship through the CIP, but is not a PEP nor accused of crimes.

Konstantin Stetsenko: A Ukrainian who is Managing Partner in a company hired to advise on the sale of the Ukrainian president’s private confectionery business, a sale which, incidentally, has yet to take place. Stetsenko did obtain citizenship through the program but is not a PEP.

Konstantin Grigorishin: No formal charges have been brought against Mr. Grigorishin, nor is he a PEP. According to The Guardian, he received his citizenship in Cyprus in 2010.

Teddy Sagi: A tech-startup billionaire who isn’t a PEP. He also received his Cypriot citizenship before 2013.

That’s the extent of it. The Guardian, then, does not manage to identify even a single case of a citizenship inappropriately granted under Cyprus’ Citizenship by Investment Programme, yet are grasping at straws to find a way to put citizenship by investment in a bad light.

“Four years ago Britain introduced tougher checks and conditions on new applicants; strikingly, the numbers fell by more than 80 percent.”

I’m sure the drop in interest had nothing to do with the doubling of the investment requirement from one to two million pounds, which you conveniently forgot to mention. Oh, what a tangled web we weave.

If you’re in a masochistic mood, you can read Ms. Russel’s diatribe in its entirety here (signup required).

Up next, Portugal’s Bloco de Esquerda, a relatively young political party that holds 19 of 230 seats in the national assembly and is amalgamated from a selection of literally Marxist parties, are demanding (not for the first time) that the country’s extremely successful golden visa program be shuttered on grounds that such programs “promote money laundering, cause real estate speculation and are an unjustified privilege”. 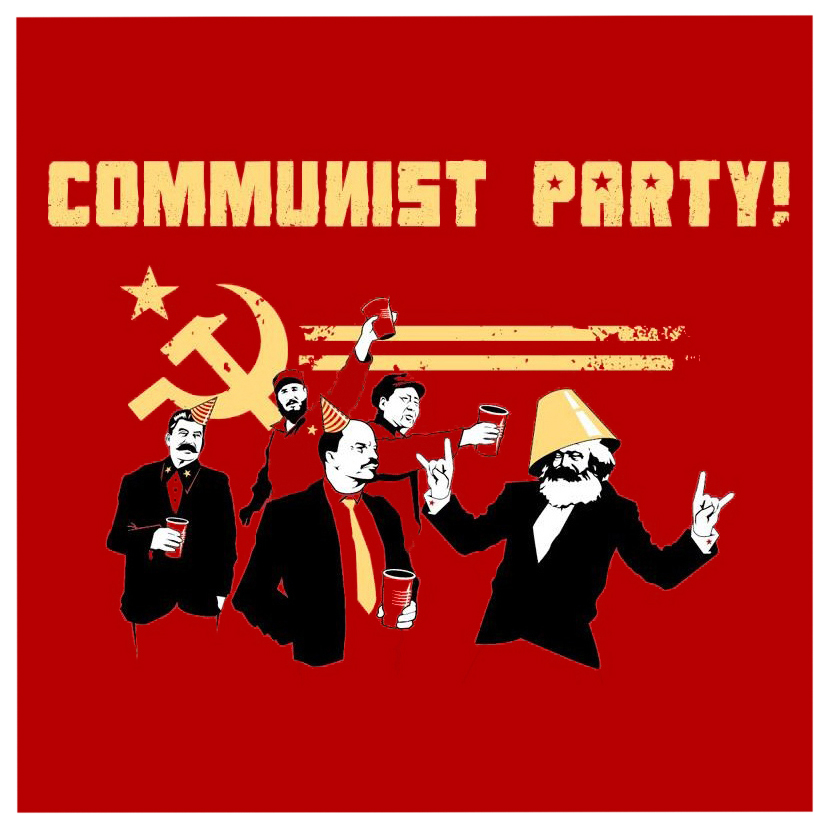 While the Left Bloc did not raise any particular instances of corruption or money laundering, they brought data showing the vast majority of applicants chose to qualify by way of a real estate investment rather than creating and maintaining ten full-time jobs.

I guess they don’t consider construction worker a job.

“It is real estate investment with the well-known characteristic of speculation, very few are for the renovation or rehabilitation of property. We are talking about investment made by the elites, the oligarchies of countries such as China, from which come the vast majority of requests, Russia and Angola […]”

The “real estate speculation” canard is a recurring theme in investment migration opponents’ playbook from Lisbon to Vancouver to Melbourne. I refuted this argument previously here:

Isn’t it funny how people complain so vociferously both when housing prices go down and up? I bet they would complain if home prices remained static too.

I guess people are just naturally predisposed to only consider one side of the equation, forgetting that every transaction has a buyer and a seller. For every young Vancouverite who can’t find affordable property in the neighborhood in which he grew up, there’s another middle-class family that just sold their home for 20 times what they paid for it when they were just starting out. Who are you to tell them they can’t sell it to whomever they please?

It always strikes that we only ever hear from the disgruntled few, never from the contented many. The people who think rent is “too damn high” take to the streets; the guy who just opened a karaoke bar is too busy making money.

Briefly put, it’s true that rich immigrants pay stupid money for two-bedroom homes in neighborhoods with good schools. But, if you prevented them from doing so, they wouldn’t come at all, and the local economy would suffer for it. Besides, both parties to the transaction have entered into it voluntarily. What kind of person would want to intrude on a voluntary transaction between two adults? Stalin, that’s who.

In any case, Portugal is a country of 10 million people, about a quarter of whom live in the Lisbon metropolitan area. The five and a half thousand Golden Visa applicants who bought real estate in the country are not making a dent in the property market.

That’s it for today, but we’ll see you in the next edition of Leftists Attack Investment Migration With Non-Arguments. I’m sure it won’t be too long.

Where Will Investment Migration Be When the Virus-Dust Settles?

March 19, 2020 Editor Comments Off on Where Will Investment Migration Be When the Virus-Dust Settles?
Editor's Picks Europe

Citizenship Investor Fund Gives Malta Cushion Against Covid-19, But Govt. Reluctant To Use It

March 18, 2020 Editor Comments Off on Citizenship Investor Fund Gives Malta Cushion Against Covid-19, But Govt. Reluctant To Use It

March 7, 2020 Editor Comments Off on 10 on The Weekend – Angie Rupert: “My Business Model is Narrow; I’ve Picked a Niche”
Ten On The Weekend

10 On The Weekend – David Lesperance: “Governments Are Increasingly Harassing the Wealthy”

February 29, 2020 Editor Comments Off on 10 On The Weekend – David Lesperance: “Governments Are Increasingly Harassing the Wealthy”

Vanuatu CIP-Revenue Surged in 2019, Nearly Half of Government Revenue in Dec.

March 5, 2020 Editor Comments Off on Vanuatu CIP-Revenue Surged in 2019, Nearly Half of Government Revenue in Dec.
Europe Intel & Data