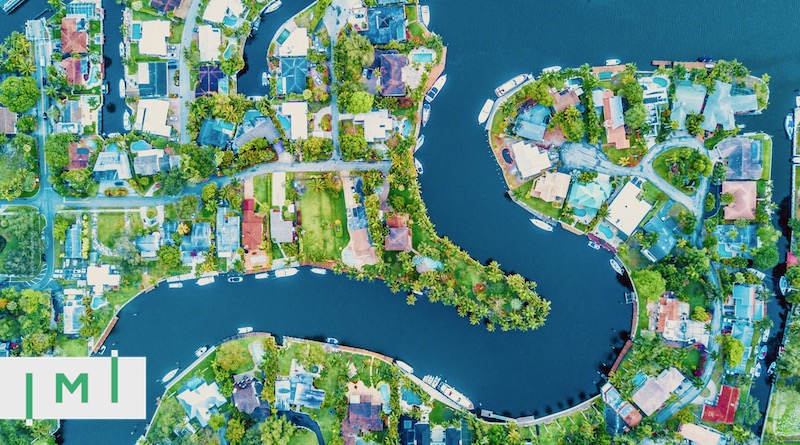 Investment migration in the news this week include:

Katie “The Russian” Ananina, founder of Plan B Passport, made a big splash in a number of mainstream media outlets over the last week.

David Lesperance, author of the Reasonable Doubt column here on IMI, pens an op-ed in InvestmentNews in which he explores a textbook example of his trademark Backup Plans from real-life.

As it turns out, on the day after my client’s expatriation, President Biden announced a proposed increase in the top federal capital gains rate from 23.8% to 43.4%. Later in President Biden’s Green Book, the administration suggested the applicable date for this increase would be April 28, 2021. This means that should this rate increase and implementation date become law, the client just avoided an increased tax obligation of $39.2 million! Compared to the potential hit to his fiscal house, the “premium” that he paid in investing in fire prevention, insurance and an escape plan was minuscule.

David also made an appearance in CNBC’s How the IRS is trying to nail crypto tax dodgers:

“Crypto gains are being taxed as any other type of gain in assets, either at long-term capital gains or ordinary rates. President Biden has proposed to eliminate the difference between the two,” said David Lesperance, a Toronto-based attorney who specializes in relocating the rich.

Lesperance told CNBC the proposal would also function retroactively and apply to any transactions which took place after April 28, 2020.

Amid the rising crypto crackdown here in the U.S., Lesperance has helped clients to expatriate in order to ditch their tax burden altogether.

“By exercising a properly executed expatriation strategy, the first $750,000 in capital appreciation is tax-free and the individual can organize themselves to pay no U.S. tax at all in the future,” he said.

But Lesperance warned that taxpayers need to move fast. “The runway to execute this strategy is very short,” he said.

“[…] The existing visa options do not readily accommodate the startup entrepreneur for many reasons, the least of which includes the fact that they were all created over 30 years ago well before we had the internet on our phones, and before social media and apps,” reads a statement by Fiona McEntee, immigration attorney and chairperson, media advocacy committee at the American Immigration Lawyers Association (AILA), which was placed on record by the House subcommittee panel.

The Guardian last week ran a four-part series on Vanuatu citizenship by investment, which, as Martin St-Helier pointed out, did not do a good job of substantiating its claims. The Guardian quoted a number of Vanuatu officials.

In response to these concerns, Ronald Warsal, the chairman of the Vanuatu Citizenship Office and Commission, said: “Vanuatu is a signatory to … most internationally sanctioned treaties and has ratified such treaties in recent years prohibiting transnational criminal syndicates to operate within its [jurisdiction] and as such, it is hard for international criminal syndicates to establish a base in Vanuatu.” He also said the country required checks before allowing a legal change of name.

In response to the Guardian’s inquiries about the individuals, Floyd Mera, the director of Vanuatu’s Financial Intelligence Unit, said: “Reading your list, most have allegations, pending investigations and ongoing court proceedings. A few have cases against them only after obtaining Vanuatu citizenship … If there are substantial convictions against any of these names, their citizenship may be revoked.”

He added: “Going forward, the FIU will conduct enhanced checks on the names provided in your list. If any of these persons have criminal convictions, FIU will promptly inform Citizenship Office of the updated information.”

Warsal, of Vanuatu’s Citizenship Office and Commission, said: “Abdul Rahman Khiti’s application was lodged prior to sanctions on a number of his business and by the time his application came before the screening committee and the FIU there was no adverse finding against him and the commission approved his application.”

Quarantine efficiency was seen as a big factor in ranking the New Zealand passport as the second most pandemic proof nationality.

Chief executive Juerg Steffen expects both travel disruption and increasing demand for investment passports to continue. Since the outbreak of the Pandemic last year the company has seen an increased interest for dual citizenship by investment or by ancestry “as a means to mitigate volatility and reduce their exposure to risk at a national, a regional, and global level.”

Cyrus D. Mehta, a New York based immigration attorney told TOI that, “A provision in the INA – section 203(d), could be interpreted to not count family members. Although the case involved plaintiffs who limited their argument to the EB-5 cap for investor green cards, this case will cast a pall on additional lawsuits by plaintiffs making the same argument under other employment family categories.”