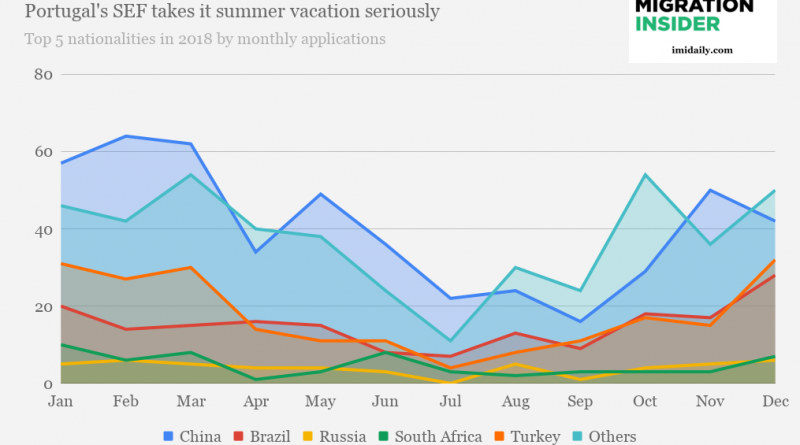 Statistics from Portugal’s Borders and Immigration Service (SEF) shows the country’s golden visa program raised FDI worth €94 million from 149 investors in December, which translates to an improvement of some 20% on the month before and a whopping 300% increase compared to December last year.

After fluctuating considerably in its early years, application volume for the program appears to have stabilized at the 1,400-a-year level. In 2018, 1,409 main applicants invested a combined €839 million, an average capital infusion per applicant of close to €600,000. Since opening in 2012, the golden visa has raised €4.25 billion from 6,962 investors, an average of €610,000 per participant.

Read also: Opinion: Why Portugal, Objectively Speaking, Has the Best Golden Visa in the World

Chinese nationals, who three years ago made up four-fifths of all applicants, accounted for only 28% of investors in December. Cumulatively, they now constitute only 58.5% of all applicants since the program’s beginning.

But the decrease of Chinese applicants is only relative, as other countries have seen their share of applicants grow rapidly. The number of golden visas issued to Brazilians has quadrupled since 2015; Turks, who only entered the Top 5 nationalities in 2018, already constitute the third biggest applicant group.

Similar stories on golden visa programs you may enjoy: