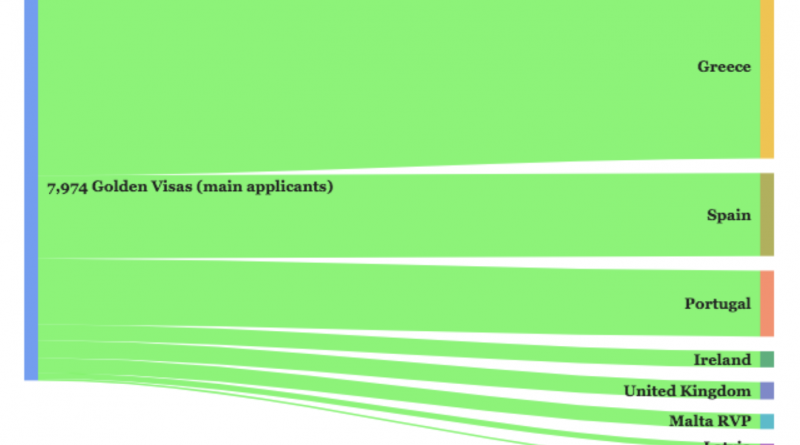 A note on our figures:

In terms of programs included in the market-place, we’ve left out non-standardized programs like Belgium or Germany. We also omitted programs with a very limited number of applications, like Jersey and Switzerland, which combined make up less than 10% of the market.

For Bulgaria, we only know cumulative figures for the last five years, so we’ve divided that total by five to get an estimate for the last 12 months.

Nearly 8,000 main applicants (and about 15,000 dependents) obtained a golden visa in Europe last year, nearly half of whom got theirs in Greece. In 2017, Spain’s golden visa program saw, for the first time, more applications than its Portuguese neighbor.

While in terms of absolute figures raised by golden visa programs the gains are more widely distributed, the top four programs – Portugal, Spain, Greece, and the UK – split 93% of the market (about €4.7 billion) between themselves.