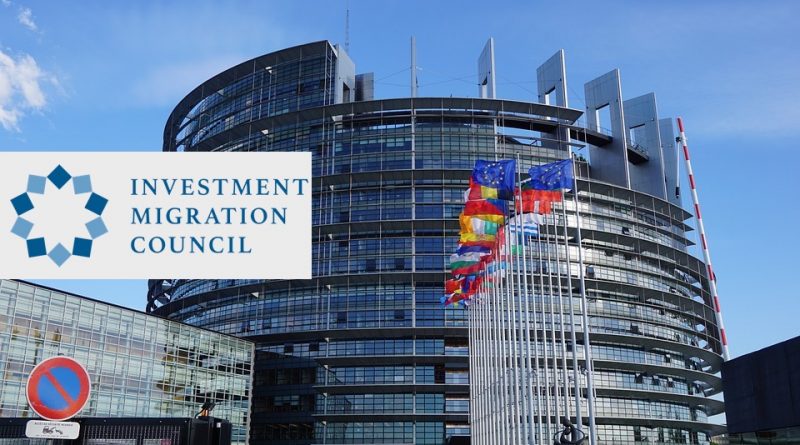 In a response to the European Parliament’s report on the residence and citizenship by investment industry, the Investment Migration Council has issued a statement, reprinted in full below:

Responding to the study entitled ‘Citizenship by Investment (CBI) and Residency by Investment (RBI) schemes in the EU, of Play, issues and impacts’ (PE627.128 – October 2018) published by the European Parliamentary Research Service (EPRS), Bruno L’ecuyer, Chief Executive of the Investment Migration Council (IMC) says: “The report reaches the right conclusions for the wrong reasons.”

“The report agrees with the IMC – that to ensure the integrity of the industry, a systematic risk-based approach to due-diligence must be standardised which will also safeguard EU objectives such as sincere cooperation between member states.’’

The IMC also welcomes any guidance from the European Commission on sharing public data that would increase transparency and the establishment of a structured exchange of information between member states.

By being open about the rigorous processes that aspiring citizens must go through, we can avoid the opacity that sours so much of the discourse around investment migration. We can ensure, for example, that we remove speculation that Tier One visas are simply a mechanism for tax evasion, increase discrimination, are a threat to security or affect access to housing.

While the report concurs with the IMC’s recommendations, it incorrectly infers that the industry is a threat to security and justice and is eroding trust between member states, citing biased media sources which have a politically motivated agenda.

Before making radical recommendations, more impartial research is required to substantiate the claims made.

The IMC has made it clear, that to achieve this, we need to work more closely and engage meaningfully with legislators, politicians and government-affiliated bodies to ensure that the industry develops in-line with the spirit of EU and that best practice is consistently applied throughout. But that any increased regulation and recommendations will not impact the contribution the industry has on a state’s GDP – the only way in which we’ll achieve this is through consistent cooperation.”

The Truth About RCBI-Programs Doesn’t Matter to the EU, the OECD, or the Guardian