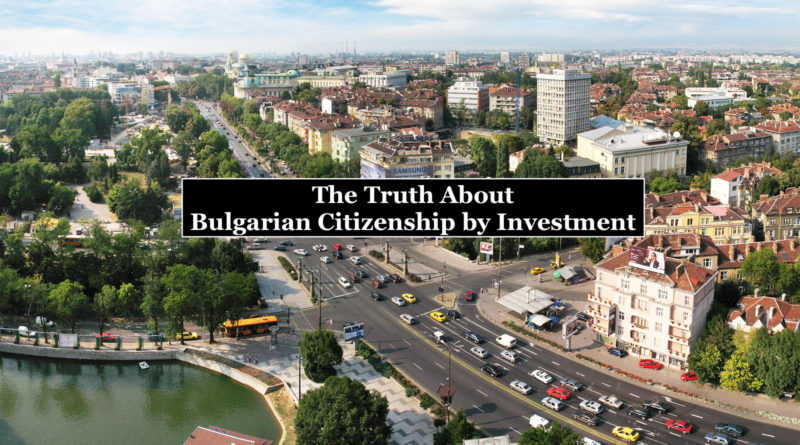 In discussions about the program, a number of questions tend to come up:

Investment Migration Insider asked four experts to weigh in on the matter. Their views on the Bulgarian program differ widely.

“The first stage is a permanent residency card application, subject to an investment of minimum 512,000 euros. The second stage is the citizenship application. The investor is eligible to apply for Bulgarian citizenship if he has held a permanent residency card – which can be obtained in 4-6 months – for 12 months and has doubled the initial investment. Applicants under the program are not required to prove proficiency of Bulgarian language to apply for citizenship and there is no requirement to reside in Bulgaria.”

The terms of the program are clearly defined by Bulgarian law, adds Petkova.

“The Investment Immigration opportunities in Bulgaria are regulated by Bulgarian law: The Foreigners in the Republic of Bulgaria Act, the Bulgarian Citizenship Act, and the Investment Promotion Act.”

The legal basis of investor naturalization in Bulgaria appears to be sound, but that does not a CIP make. While top government officials from the Caribbean and Mediterranean CIP-countries regularly make public statements and actively work to promote investor migration to their jurisdictions, Bulgarian officialdom appears to be leaving the marketing of their solution to mostly to private sector companies.

“Bulgaria’s Investor Programme for Residence and Citizenship was introduced in 2009 and modified in 2013. The naturalization period is two to six years, depending on the size of the investment. InvestBulgaria Agency is the only governmental body authorized to market and supervise the programme,” says Vladimir Kolev, vice president of Arton Capital in Bulgaria.

“Bulgaria offers a residence program that could lead to citizenship. It may, technically, not be right to call it a citizenship by investment program. However, we often read and hear about improper marketing of such programs by some companies,” says Dr. Hussain Farooq, President of HF Corporation, a CBI consultancy.

But Bulgaria, he explains, is not alone in being incorrectly marketed as a citizenship program. He points to Austria, Ireland, and Portugal as other examples.

Farooq added that his firm “sometimes receive emails from developers and service providers from countries like Portugal or Ireland who pitch their countries’ programs as citizenship programs, while we know that these are both residence by investment programs, or immigrant investor programs, also referred to as Golden Visa, that may lead to citizenship upon fulfilment of the criteria.”

Head of an investment migration firm based in Europe who prefers not to be named says “I saw many advertisements of the Bulgarian citizenship program in 2014 and 2015, and have not heard about any successful cases where clients gained citizenship in 2 years. In fact, I have heard only about refused cases instead of successful ones. The law provides the possibility but there is no guarantee whatsoever that citizenship will be provided. Also, why would any country in the EU be giving away citizenship just by someone investing in government bonds for €500,000? What is the advantage of such possibility for the country?”

But Petkova and Kolev both disagree.

‘With regard to successful cases, several investors have obtained Bulgarian citizenship under the BIIP regulations,” says Petkova. “I cannot be more precise, because there is no public information about how many foreigners are granted citizenships through investment. The lack of information is due to the fact that the President’s Office is not reporting these particular cases separately from the other cases of foreigners who obtain citizenship”.

Petkova explained that her firm, Visa Free Europe, will see their first client successfully obtaining citizenship through investment in Bulgaria this January, a process she says took about two years from initial investment.

Kolev states that the number of successful citizenship applications through the program amounts to “more than ten”.

See also: Citizenship by investment is all that stands between GDP growth and brutal recession for Cyprus

Does Bulgaria have a citizenship by investment program?

Here’s a simple matrix to help determine whether a program is a CIP or not. You may disagree with the methodology and, if so, please leave a comment on Linkedin.

The answer to whether Bulgaria has a CIP is that it depends on how we define a CIP. Several dozen countries have provisions in their laws that would allow for the naturalization of someone who makes a “significant contribution” to the country, and fulfillment of this condition is necessary but not sufficient to qualify as a CIP.

Is it correct to call it a program if there is no official structure or procedure that predictably leads to citizenship, nor any government officials actively engaged in its promotion? One might call it a citizenship by investment opportunity, but calling it a program is inaccurate.

There’s also the question of a residency period. How long of a minimum residence period can a citizenship program have before it becomes more appropriate to call it a residence program? Portugal’s Golden Visa, for example, may lead to a citizenship after five years of residence, but we wouldn’t refer to it as a CIP. But we do refer to Malta’s IIP as a CIP, and it does have a 12-month residence period. So what’s the cut-off? 12 months? 24?

Investment Migration Insider’s conclusion is that Bulgaria’s program is a hybrid CIP. But so is Malta’s. And Austria is definitely not a CIP.