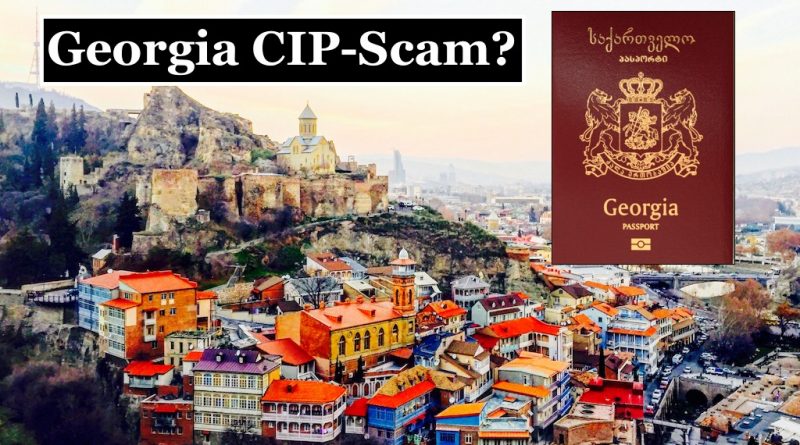 2ndPassports.com, a company Citizenship and Passport Review has long accused of being a “100% confirmed scam and fraud”, has announced a new Georgian Citizenship by Investment program, available from €25,0000, in a press release.

“The cost of second citizenship and a new passport can vary from several hundred thousand dollars for Caribbean citizenship to several million euros for an EU passport. However, 2ndPassports.com is pleased to announce the Georgian residency/citizenship program that will put an investor on the verge of second citizenship for as little as €25,000,” says the statement.

2ndPassports.com further claims it has “exclusive rights” to the program, which it purports will grant permanent residence permits within 15 days to investors who invest €40,000 (€30,000 of which can be invested in real estate), following which applicants can immediately apply for Georgian citizenship.

The package, writes the company, also “includes a full Georgian driver’s license in the name of the investor.” There’s no mention as to whether investors need to prove they know how to drive before obtaining a license.

You know what they say about things that sound too good to be true.

CAPR have claimed for a long time that the man behind the company is a scammer, even providing photo and audio evidence to substantiate their claims. They’ve identified the man as Scott Thompson, whose picture is posted on their website.

According to the group, which describes itself as “people who want to prevent frauds that have happened to them from occurring again”, Thompson claims to be a Canadian, a part of INTERPOL, and has threatened to “block” clients’ passports if they don’t send him more money after they’ve already sent the first payment. You can read the full interview with CAPR here, where they describe the 2ndPassports.com case in depth.

Investment Migration Insider has written before about the need to weed out the “sharks” of the industry and how that the best way to do this is by introducing a certification requirement or investment migration practitioners.