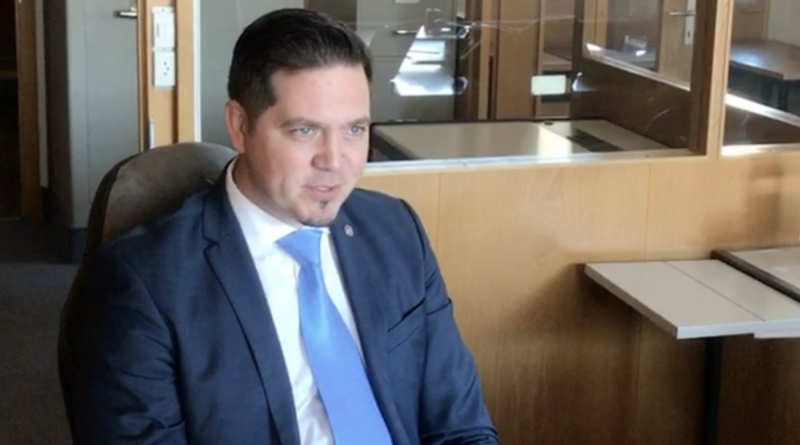 Speaking to IMI earlier this year, Moldova’s Minister of Foreign Affairs, Tudor Ulianovschi, indicated that the recently opened citizenship by investment program does not interfere with his country’s goal of one day joining the EU – rather the opposite – and that he’s glad to have had private-sector partners to help structure the program.

“This has definitely been a matter of interest to them,” Minister Ulianovschi responded when IMI asked how his diplomatic counterparts in Europe has reacted to news of his country opening a CIP.

“It’s also a matter of obligation – on our side – to communicate well and to provide the details about the program and to make sure that our EU partners know that we are taking a responsible approach. I have not sensed any level of increased concern, but certainly an increased level of interest.”

Both the European Parliament and Commission have expressed concerns about the 27 residence and citizenship by investment programs that have sprung up across the continent in recent years. See: IMC-Chief on Brussels Meeting: “Commission Deserves Credit for Inclusive Approach”

Considering the political climate as it relates to investment migration, it’s natural to question what impact the adoption of such programs will have on the EU-membership prospects of countries like Moldova and Montenegro.

Minister Ulianovschi makes a well-founded argument for why the introduction of a CIP will expedite his country’s goal of one day joining the EU.

Ulianovschi explained European officials had urged Moldovan authorities to ensure correctness in “the entire process” but that he did not anticipate any complications in this regard and, in fact, on the contrary, he expected the economic boost the program gives to the country to strengthen EU-Moldovan ties.

Pointing out that the EU’s financial assistance to Moldova is, in any case, chiefly aimed at improving the country’s level of economic development, any element – such as the MCBI – that serves the same purpose will bring closer the day when Moldovan ascension to the EU is appropriate.

“What the EU wants is for Moldova to reach a similar level of development as the rest of its member countries. At the end of the day, a main foreign policy objective for Moldova is to join the EU. So, we need to increase our economic development and improve our infrastructure so as to make the integration – once the time is right – as seamless as possible. The last thing we want is to divert from this path, but I don’t see the MCBI as conflicting with that, quite the contrary,” commented Minister Ulianovschi.

Questioned as to how the Moldova CIP compares to that planned for Montenegro, the Foreign Minister indicated the public-private partnership approach to the program’s design and implementation gave it a leg up on its Balkan cousin, which famously opted to turn down offers of assistance from private companies.

“We know Montenegro has also decided to adopt a similar model [of citizenship by investment] and we wish them well,” said Ulianovschi. At the same time, let’s not forget that, in Moldova, the government has designated an experienced concessionaire to help craft the program, including by ensuring that we have world-class KYC/AML procedures in place […] We think this solution is better than taking the whole task upon ourselves and ‘learning by doing’, because in matters like these, preparation is extremely important. We want to make [the application process] fast and efficient, but also legal and correct.”

“The geographic position of the Republic of Moldova is important, and it’s an advantage because we are in Europe and we have an association agreement with the European Union, which means we have visa-free and free-trade agreements with the EU,” said Ulianovschi, adding that his country also has free trade agreements with Russia/CIS and Turkey, and that his government was currently negotiating for the same with China.

Want to know more about the Moldova Citizenship by Investment Program? To see recent news, accredited agents, official links, and recent news about the program, visit its Program Page.

Highlighting his country’s increasingly open and robustly growing (economic activity has expanded at a rate of between four and six percent for the last couple of years), Ulianovschi maintains that Moldova provides a better platform from which to conduct international business than competing jurisdictions in the Caribbean and the Pacific.

Prodded as to whether applicants from Russia and the CIS countries, due to their historical, linguistic, and cultural commonalities with Moldova, might – all else being equal – opt for Moldova over programs based farther afield, the minister acknowledged that “there are definitely some melancholic, romantic, and historical connections. Even though our national language is Romanian, the majority of our population also speaks Russian, so a Russian national would feel quite comfortable in Moldova.

Minister Ulianovschi also lists as an advantage the simple fact that Moldova’s investment requirements are considerably lower than those of its chief European competitor.

See which companies can help with applications for the Moldova CIP in the Residence and Citizenship by Investment Company Directory.

Finally, Ulianovschi notes another critical element giving his country an edge over the competition.

“By the way, we have another unbeatable competitive advantage, and I say this with great humility and no disrespect to other countries: We have fantastic wine,” says Ulianovschi with a laconic smile. “We have the longest underground wine cellar in the world. And, the second longest underground wine cellar in the world is also in Moldova, just to make sure we keep the Guinness World Record.”