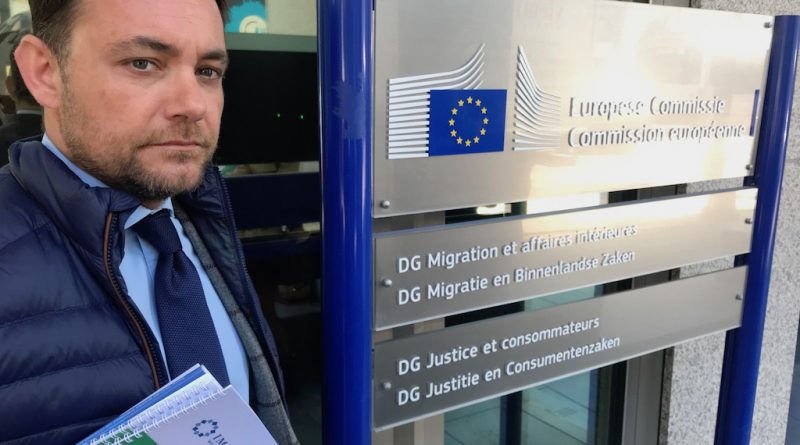 Stakeholders of the investment migration industry – a group composed of private companies, research units, and civil society – today met representatives of the European Commission in Brussels to address the concerns the Commission raised in its January report on residence and citizenship by investment in Europe.

Stakeholders initially criticized the report for containing one-sided analysis, for having been produced without sufficient industry consultation, and for producing a skewed and misleading picture of the business.See:

Prior to the meeting, IMI raised a number of preliminary questions to Bruno L’ecuyer, CEO of the Investment Migration Council:

IMI: The IMC and other industry stakeholders have expressed concerns in the past over the Commission’s practice of drawing conclusions without sufficient prior consultation with the industry. Now, the Commission is asking for the industry’s input, but only after having already adopted what many observers consider a very one-sided and misleading report. Is it too little, too late?

Bruno L’ecuyer: The IMC have met with the Commission several times in previous months and, on each occasion, have stressed the importance of a thorough consultation with both industry and civil society before pursuing any legislative change.

This is absolutely not too little too late – of course, we would have welcomed speaking with the Commission sooner, but this is a juncture within the EU’s legislative process and the right time to be engaging with Brussels. In addition to a new Commission, the new Parliament will take their seats following the EU elections next week, so it’s absolutely the right time to start to bring a positive and factual message to incoming MEP’s

IMI: In which ways do you expect the Commission will put your feedback to use? In other words, what is their purpose in consulting the stakeholders?

L’ecuyer: The IMC are taking part in a stakeholder consultation within the European Commission’s Expert Group on investment migration. This feedback will go to further the research work the Expert Group composed of  EU Member States. The Expert Group will then inform the Commission’s next steps as regards investment migration, which could include further research, guidance, best practice, or legislative change. The Investment Migration Council are proposing that further research is done, especially on due diligence, so that there is a solid foundation on which to build proper processes.

IMI: The IMC is actively developing programs meant to educate both its own members and the wider public, and you’ve also initiated a series of initiatives to ensure adherence to ethical principles and transparent procedures. Do you hope to get formal support – financial or otherwise – from the Commission to further this work?

L’ecuyer: We are calling for the Commission to formally recognise that IM educational programmes are part of the solution. This is an industry in need of increased formal educational pathways to promote best practice, globally.

“Today’s event demonstrates the willingness of policymakers, industry and civil society to cooperate together in shaping high industry standards, which are in everyone’s long-term interest,” said the CEO, and added that “the Commission deserves credit for the inclusive approach they have taken by opening up the legislative process and we hope that this continues long into the future”.

Also present in Brussels was Civiquo – represented by CEO Yakof Agius – which prepared an elaborate statement for presentation during the meeting, including a proposal for a comprehensive solution to mitigating the risks inherent in investment migration.

“The industry’s stakeholders agreed that more research is required about due diligence within the industry,” said Agius after the meeting. “Also, sharing of information is required to support a better level of transparency. Civiquo also had the opportunity to present a risk assessment framework, which if adopted, has the potential to streamline, standardise and strengthen current RCBI risk assessment processes across the EU and beyond, until more work is undertaken by the Group of Member States Experts.”