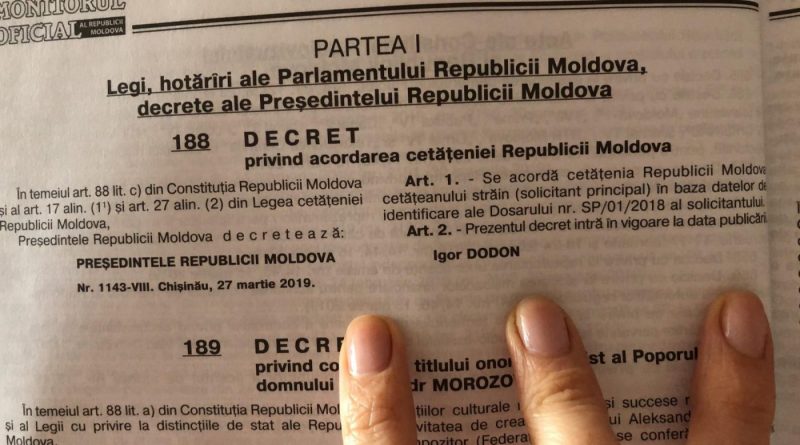 By presidential decree, Moldova has granted the first citizenship by investment to a main applicant, according to the government’s Gazette.

The statement in the Gazette reads:

Art. 1. – The citizenship of the Republic of Moldova is granted to the foreign citizen (main applicant) under the identification data of the Dossier nr. SP/01/2018 of the applicant.

Art. 2. – This decree comes into force on the date of publication.

THE PRESIDENT OF THE REPUBLIC OF MOLDOVA

Moldovan sources confirm that the new citizen submitted the application in December last year and that he/she has also received a passport. An official statement about the news is expected next week but, as the new citizen reportedly wishes to remain anonymous, the announcement is unlikely to contain additional details, such as the applicant’s country of origin.

For more on Moldova’s CIP, visit its Program Page.