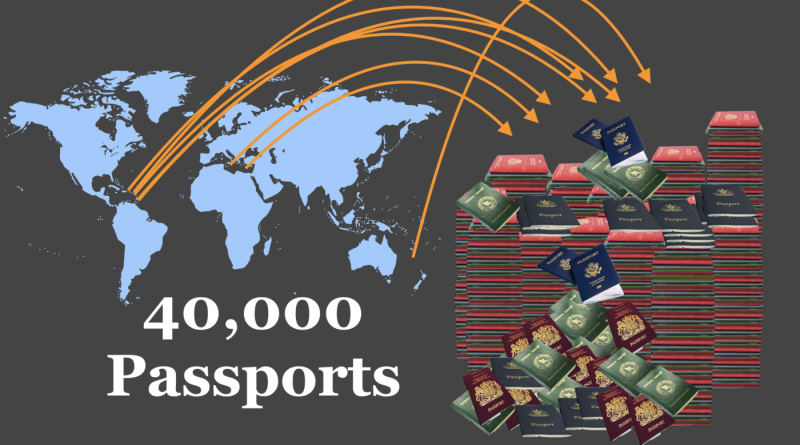 The citizenship by investment market has grown at a ferocious pace in the last few years; New programs have entered the fray, and existing ones have seen their application volumes grow.

But how many individual passports have been issued to participants in citizenship by investment programs worldwide, all told? We’ve been digging through the data and come up with what we’re confident is the most accurate estimate ever compiled on the total number of economic citizens in the world.

Throughout the analysis, we explain how we calculated our estimates. We’ve had to rely not only on official program reports but also on ad-hoc government statements, as well as IMF and World Bank data.

How we arrived at the number: No guesswork was involved here. Detailed statistics on Malta’s Individual Investor Programme (MIIP) are available in the annual reports of the program’s regulator. Of all the world’s citizenship by investment programs, Malta does the most thorough and transparent job of reporting data.

Data for the year between 1st of July 2017 and 30th of June 2018 will become publicly available next month.

How we arrived at the number: Officials at the Finance Ministry informed the press in February that the country had issued 3,300 passports under the Cyprus CIP. Complete data for the rest of the year is as yet unavailable but, over the last four years, Cyprus has added an average of 62 economic citizens a month. This number forms the basis for our assumption for the period between March and today.

How we arrived at the number: Antigua & Barbuda’s CIU used to publish six-month reports on its website – a procedure that had been in place since the beginning of the program – but stopped publishing after the first six-month report of 2017.

By that time, it had recorded 2,322 new citizens. We know from Prime Minister Gaston Browne’s statement that the second half of 2017 saw application volumes to the country’s CIP dry up almost completely – due to price cuts among competitors that year – and only picked up again toward the end of the year when Antigua implemented price cuts of their own.

In constructing our estimate, therefore, we have assumed that Antigua & Barbuda added only about 20 new citizens in during the latter half of 2017. This number will not be completely accurate, but it is not off by much.

By the end of the second quarter of 2018, Antigua’s price cuts had brought application volumes back to more normal levels; Addressing parliament last month (but still not making the complete data set publicly available) PM Browne revealed the program had received 278 applications between January and June this year. Considering the available capacity at the CIU thanks to the empty pipeline months earlier, we’ve assumed that most of those applications will have been processed by now.

How we arrived at the number: Dominica does not do any sort of statistical reporting on its citizenship program, so we’ve had to triangulate data from a variety of sources, neither of which can give us any accurate figures, but which nonetheless renders a rough approximation.

First, we note that the head of Dominica’s CIU, Emmanuel Nanthan, stated in April this year that he was receiving between 1,500 and 2,000 applications a year. Such massive application volumes are, however, a recent phenomenon in Dominica. The program, according to the IMF’s figures, only gained significant traction in 2016.

Second, the IMF, during its Article IV missions to the island, records CBI-receipts as % of GDP. The overall size of Dominica’s economy, furthermore, is a matter of public record. We compared CBI receipts as % of GDP with official GDP in Dominica for each year since 2005 and arrived at a US dollar sum for total CBI-receipts.

Third, in the annual budget address, the Prime Minister normally discloses the investment raised in Dominica through the program, but not every year. Furthermore, it is not clear how much was raised in fees and how much in, for example, real estate.

We are unable to reach anything close to a precise number for Dominica, so we have left ourselves a big margin for error: We are certain it is more than 6,000 and less than 10,000.

How we arrived at the number: Out of all the Caribbean programs, Grenada does the best job of reporting statistical data, issuing reports on applications, approvals, rejections, and amounts every quarter.

Since the beginning of the program, Grenada has reported figures each quarter, with the exception of the fourth quarter of 2017. We’ve assumed application figures for that quarter similar to the quarters immediately preceding and succeeding it.

A small number of individuals also received citizenships in Grenada in the years between 1996 and 2001, about whom no data is available.

How we arrived at the number: This one came straight from the horse’s mouth; In July this year, PM Harris of Saint Kitts & Nevis stated that his country had a grand total of 16,544 economic citizens.

Saint Kitts and Nevis, like Dominica, publishes no data on its program, although the government has repeatedly vowed to do so.

How we arrived at the number: In July this year, Nestor Alfred, CEO of the Saint Lucia CIU, revealed that the young program he heads had received 279 applications since opening, 78 of which had been approved.

How we arrived at the number: Vanuatu’s government reports only their CBI-related revenue and does make clear which of the country’s several citizenship programs (current and historical) the revenues came from.

Simplifying our calculation is that there’s no real estate option, so applications numbers could be inferred from revenue, but complicating it is the difference in price for Vanuatu citizenship, both over time and between programs.

Ultimately, this number is based on estimates provided by long-time local service providers frequently in touch with the Vanuatu Citizenship Commission. Further complicating matters is Vanuatu’s checkered past of irregular citizenship sales in the 90’s.

Beyond the formal CIPs mentioned above, a number of smaller-scale programs (and quasi-programs), both current and historical, have seen a considerable number of investors obtain citizenship through investment.

See also: (Infographic) A History of Citizenship by Investment

How we arrived at the number: See these articles for data on Austria, Bulgaria, Jordan, and Turkey.

Total number of economic citizens in the world

That is a very conservative estimate. The true number more likely exceeds 40,000, particularly considering 2018-figures are as yet unaccounted for among most programs.