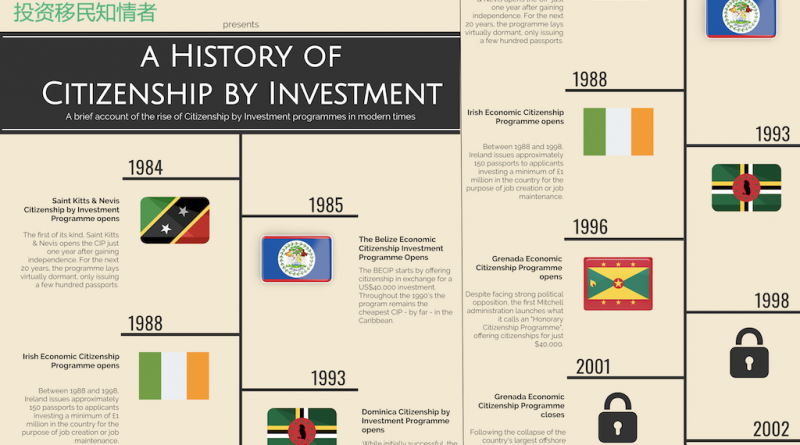 40 years have passed since countries first began selling citizenships (at least in the modern era). We’ve made a step-by-step guide to the history of citizenship by investment programs.

The infographic, originally published in June 2017, has been updated several times, most recently in May 2022 to include a number of historical, semi-formal CIPs from the Asia-Pacific region, as well as to reflect the most recent changes among European and African CIPs.