On the first day that the Hermes store in Guangzhou reopened after China’s lockdown was lifted, it recorded the highest ever single-day sales figure from a Chinese boutique, US$2.7million. A few weeks later, top tier luxury brands across the world raised prices by over 20 percent. UHNW’s lifestyles have not been curtailed by the economic fall out from the Corona pandemic. Indeed, the contrary may be true. UHNW are spending more, the demand for private jet charters is at an all-time high. This is reflected in the financial markets; Ferarri’s share price is higher year to date, whilst Ford’s has slumped by 40 percent.

You may be asking what all of this has to do with the citizenship by investment industry. A great deal. A price cut is never the solution. It does nothing but cheapen a country’s brand and perception. It deters the clients a country should be seeking to attract. Ferrari and Hermes clientele remain loyal as the brands are a reflection of the owners’ status. In economic theory, these are called superior goods. Pricing is almost academic. Items are not being acquired for their utility value alone. This is the brand positioning countries operating citizenship by investment programs should strive to achieve. Mass SMS campaigns promoting cut-price citizenships does immeasurable damage to a country’s fortunes.

Real estate option as contribution (to the “developer”) option
I am not privy to any confidential citizenship by investment statistics but I can almost guarantee that each time there is a price reduction, inflows into the country’s treasury barely increase. Why? Because the relevant country’s national funds are competing with their “developers” who are selling units in never-to-be-opened projects by offering huge financial rebates to citizenship seekers (so the real estate option is priced cheaper than the relevant national fund option). So, all that is achieved by a price reduction, is for these “developers“ to offer larger financial rebates to the citizenship seekers, so the status quo is maintained and their offering is still priced lower than the relevant national fund. Simply; a futile equation.

If a country wishes to increase revenues from citizenship by investment, these practices and price reductions must stop. Hermes maintains its brand perception as it does not tolerate forgeries. It pursues each and every miscreant aggressively. Grenada has taken a leaf out of this playbook. It has not reduced its CBI price threshold post-Corona and, more importantly, earlier this week, it openly chastised offending “developers” who were offering financial rebates to investors. The Government of Grenada categorically declared their actions illegal.  Illegality implies criminality, the penalty for which could be incarceration. A zero-tolerance approach is needed.

Revocations for illegal discount CIP investors are coming
The gauntlet has been thrown down; all other countries involved in the migration or citizenship by investment industry should follow suit. These illicit practices are not limited to the Caribbean; there are offenders in each country where there is a migration or citizenship by investment program. The revocation of just one citizenship or golden visa will ensure these practices become immediately obsolete. It is coming. The economic fallout from COVID has yet to manifest itself fully. Governments will become tougher in their pursuit of revenue. Citizenship and residency seekers need to fully adhere to the law.

As we have established, there is no fiscal benefit for a country in reducing CBI price points, all that will be achieved through this strategy is the alienation of a country’s existing economic citizens (who invested at higher price points) and a reduction in a country’s brand value. So, aside from prosecuting phantom developers, what else should Small Island Developing States (SIDS) be doing to counter the economic fall-out from the COVID pandemic? One strategy is for them to approach their existing economic citizens and present them with well thought out investment opportunities in priority sectors. COVID has taught UHNWs the need for diversification both in terms of sectors and geographies.

A few years back, I was invited to an event where a European foreign minister was presenting his citizenship by investment program. His opening line, “we are not selling our citizenships, we are acquiring excellence” left an indelible mark. Economic citizens are high net worth investors, some with very significant means. By definition, they are successful business people who have now developed an affinity for their new country of citizenship. The host country has solved a problem or resolved a prejudice being encountered by an individual. As a consequence, many economic citizens feel indebted to their new country of citizenship. A few years back, when one of our clients had the privilege of meeting the Honorable Prime Minister of Dominica, she grasped his hand and, whilst failing to hold back the tears in her eyes, she greeted him with the words, “thank you for giving me a country”.

Eating the oysters, leaving behind the pearls
This goodwill and capital base needs to be nurtured. Countries should not expect these investors to proactively and independently take steps to invest in their new country of citizenship. Countries need to collate and analyse the background of each economic citizen. A dedicated department needs to be established. Thereafter, bespoke investment opportunities should be identified and presented to the existing economic citizens. Investment needs to be courted.

Case in point: A well-known individual with significant net worth obtained Grenadian economic citizenship through the non-refundable contribution route. He was so enamored by his new country that he constructed an ultra-luxury hotel (not under the citizenship by investment program) with a publicly reported cost of US$150 million. Not only did this hotel cement Grenada’s position as a luxury destination, but it has also created hundreds, if not thousands of jobs over the past few years. In four decades of running citizenship programs, why are there only a handful of such examples in the Caribbean? If each Caribbean island were to attract just three to four investments of this magnitude each year, these capital inflows would dwarf new receipts under the citizenship by investment program. Surely, this is the direction that needs to be followed.

Price cuts will relegate citizenship by investment to the status of a commodity. This is counterproductive. The database of economic citizens that each country possesses has the potential to be its most valuable asset.  Citizenship by investment should be an investors’ first touchpoint with a country – and by no means the last. 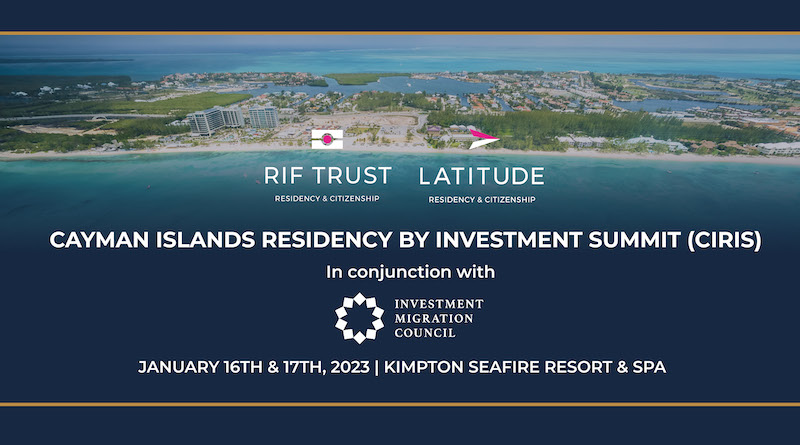 Latitude & RIF Trust Host 1st  RCBI “CIRIS” Summit In Grand Cayman
In January, Latitude and RIF Trust, in conjunction with the Investment Migration Council, will be hosting the first 2-Day Residency and Citizenship by Investment Summit at the Kimpton Seafire Resort & Spa in Grand Cayman. 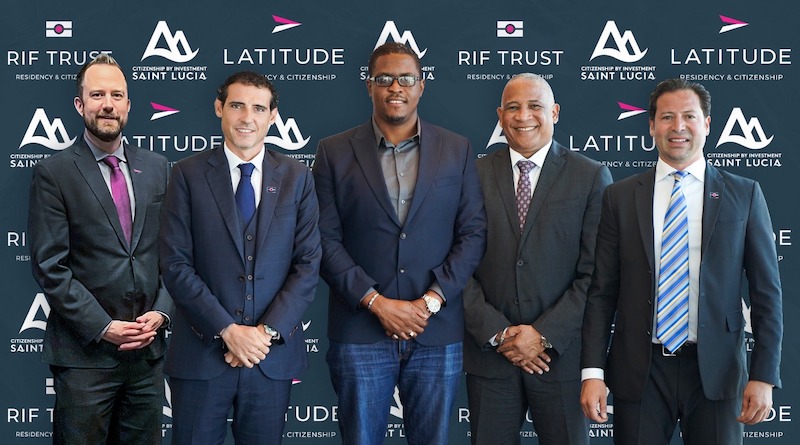