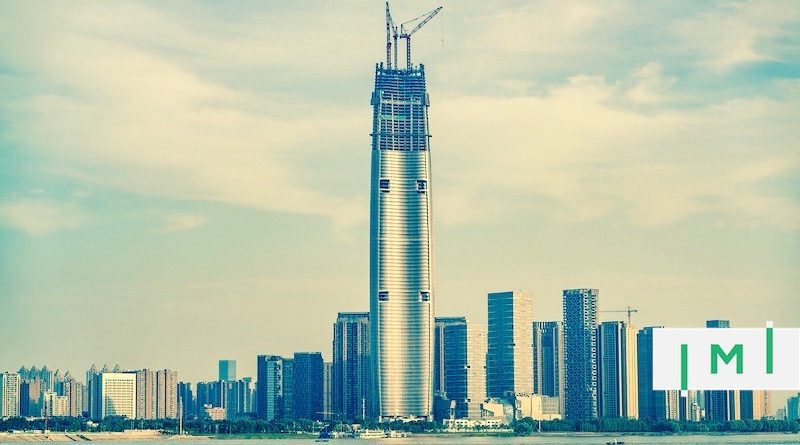 The viral epidemic is a black swan event that will materially reconfigure the investment migration industry. And not just within China.

The demand for investment migration is now massive and urgent
Dozens of countries organized evacuation flights out of Wuhan. While nearly half a billion Chinese are now obliged to self-quarantine (and at least 60 million are forcibly prevented from leaving their hometowns), thousands of foreign citizens have left Hubei on chartered planes in the last three weeks. Many of them were born in China and right now they are thanking their lucky stars they held alternative citizenship.

The picture on the right has been circulating for the last week on Chinese social media, shared particularly fervently by immigration agents. Roughly (not literally) translated, it states “Passport and facemask (two words that rhyme in Chinese), don’t be left without either”. The subheading explains why: Passports give you the freedom to move about the globe as well as a fiscal and asset protection backup plan; the mask gives you the freedom to leave your apartment building and permission to go to the grocery store.

It’s alarming enough to witness that more than a thousand compatriots die from a flu virus in a matter of weeks. More bloodcurdling, though, is to bear testament to the secondary effects of the outbreak; being locked down for weeks on end, sometimes with your door welded shut and no certainty as to whether you’ll receive treatment or even food supplies, or being detained and transferred to a concert-hall-cum-quarantine-center where, if you didn’t already carry the virus, you’re now effectively guaranteed to contract thanks to your proximity to confirmed cases.

Second passports are often marketed as a Plan B, an insurance policy in case disaster strikes. Disaster has now officially struck. Contingency plans are in motion. This is a Trigger Event. China right now looks like what the US would look like under DEFCON 1: Empty streets, empty shelves, massive army deployment, popular unrest. There’s no mushroom cloud to take shelter from, no Luftwaffe to shoot down, no infantry to repel. There’s only the excruciating paranoia of having an invisible, inaudible, ubiquitous enemy that kills your diabetic father. If ever there were a time to use your second passport, it would be now.

But the ability to participate in investment migration programs is greatly reduced
A cruel irony of this crisis is that, just at the moment when the need for investment migration reaches fever pitch (literally), Chinese nationals’ ability to participate in residence and citizenship by investment programs is at a nadir. Just try to get a birth certificate or a certified translation of your bank statement anywhere on the Mainland today. Try to fly out for your oath-swearing ceremony. Try to sell that Shenzhen apartment that was going to buy you three in Athens. Just try.

Even if you are able to do all that, you might not be able to pay for the qualifying investment. All your assets – be they companies, properties, or listed equity – have either plummeted in value or are not liquid for the foreseeable future. The economic ripple effects of the outbreak will be long-term in nature.

A further obstacle will come in the form of strictly enforced capital controls. Getting money out of China was never easy, but there were always ways around it. Capital controls didn’t prevent 57,000 Chinese from getting golden visas over the last decade. This has been possible because of legal grey areas and selective enforcement. China has a long tradition of issuing volumes of law that are almost never applied except when the government considers enforcement in their interest. Capital control regulations fall into this category. And now, the government does consider it in their interest to enforce capital control regulations. Cryptocurrencies will play an integral part in mitigating this.

Program medical requirements are likely to get much tougher
Many programs – such as the Malta IIP, for example – demand certificates of health from program applicants. A considerable proportion – probably most – of those that haven’t had this requirement until now, will introduce such stipulations. They may take the form of temporary measures initially but, as they say, nothing is so permanent as a temporary government measure. If agents and clients have grown accustomed to health-check requirements, why remove them later?

When the Canton Fair is canceled, you know things are bad. Investment migration conferences and exhibitions – the plurality of which invariably take place in China – will either be postponed to a TBD-date or scrapped altogether. Even if the government lets you go ahead, what speakers and exhibitors in their right mind would go to China right now? Will the hotel staff even be there to serve your crudités or are they locked in their apartments? Will anyone get on stage and extoll the virtues of Antigua’s 365 beaches in Haz-Mat suit?

Of course not. Don’t expect any mainland conferences to take place for at least another 2-3 months, if then.

Many immigration firms will run out of cash and/or disintegrate
Take a look at your own company and ask yourself how many months you could keep paying your bills and salaries without any revenues whatsoever. How big is your war chest? Nearly every kind of China-based company will see – and is seeing – a drastic reduction in business due to the outbreak. Most factories and retail businesses could stay afloat for no more than a few months.

The ones left standing will be those who either have whittled away enough to come through or those whose overhead is minimal. Chinese commerce was already in the midst of what they term the SOHO (small office/home office) trend, and increasing numbers of Chinese professionals work remotely. Those who have already made the transition will be far less impacted; those who have not will sink or swim. If your company is of the type that takes up two whole floors in a Shanghai skyscraper and makes its employees time-stamp their comings and goings, you’re in trouble.

In the Chinese investment migration industry, it’s very common for someone to get a job as a client relationship manager in a bigger company only to jump off 18 months later – once they’ve learned the trade – to start something of their own. Bosses know this and make allowances for high employee turnover in their HR budgets. But no boss is prepared for annual employee turnover of 50%, which is what could happen when entrepreneurially ambitious employees are pushed off the fence by this arguably existential crisis.

If the investment migration company you work for has told you to go on paid or unpaid leave for the next month, what’s to stop you from following up with your client portfolio from your bedroom?

Your employees quitting to go their own way is actually the least of your concerns; what you really should worry about are the ones that don’t quit. China’s strict labor laws make it extremely practically impossible for you to lay them off right now. And if you think a force-majeur clause in your employment contract will let you off the hook, think again.

Chinese companies, in general, will learn to manage remote-work solutions and enjoy the overhead saved. Many will not renew their office leases even after things return to normal. Customers will grow more comfortable with remotely delivered services too; walk-in clients will start showing up again when things have blown over, but not at the same rates as they used to.

Chinese applicants’ motivating factors will change and IM-program marketing will follow suit
Residence and citizenship by investment programs will begin to give more weight to their country’s healthcare systems, air quality, and food security in their marketing efforts toward the Chinese who have, in turn, begun to ask more questions about those matters. Chinese applicants always cared about better air quality and public health services but going forward those things will be foremost in their minds, right up there with education.

But another motivating factor, one that until now has taken a back seat to lower square meter prices and in-state tuition, will come to the fore:

The Chinese will, henceforth, place a greater premium on civil liberties.

Following the death of one of the eight initial whistleblowers, Dr. Li Wen Liang, who was castigated for “spreading rumors”, millions of Chinese connected the dots, from rigid political hierarchy and suppression of speech to the Chernobylesque dithering of risk-averse officials to thousands of dead and the effective house arrest of tens of millions. The twin pillars of the Communist Party’s legitimacy – stability and economic growth – now lie in a heap on the ground for all to see.

Where people once gave their tacit assent to the face recognition panopticon and social credit scores because they felt safe and had jobs, they now feel deceived. Millions are calling for freedom of speech. They are unlikely to get that – more likely, suppression will redouble as the regime seeks to shore up control – but it’s not entirely inconceivable either; sometimes, the only way to hold on to power is to relinquish some of it. Whichever it turns out to be, millions are now realizing that, having traded freedom for security, they have ended up with neither.

And that means they will now place a premium on liberties – such as property rights, habeas corpus, and freedom of information – precisely the kinds of benefits investment migration provides.