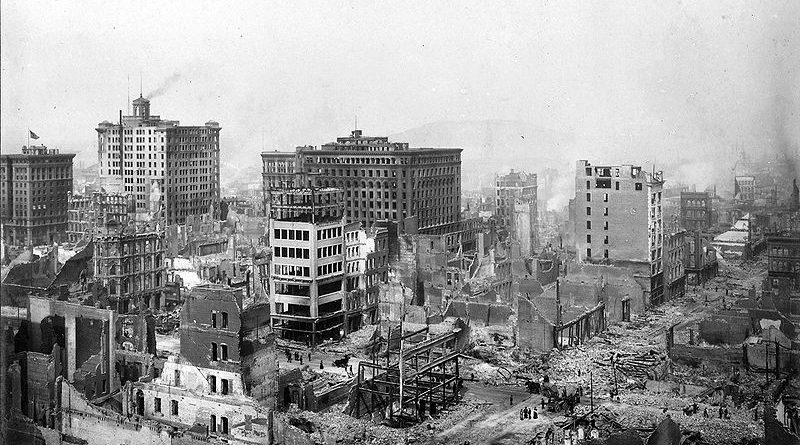 This article, from 2017, was one of the first Opinion of the Editor-pieces to appear on IMI.

The investment migration industry is what Nassim Nicholas Taleb would characterize as anti-fragile; a system that gains from disorder.

The opposite of fragile is not robust but, rather, anti-fragile. Nassim Nicholas Taleb popularized the concept in his 2012 book Antifragile: Things That Gain from Disorder. Whereas a robust system can withstand volatility, harm, pressure, shocks and chaos, an anti-fragile system, by contrast, is improved by exposure to such conditions and needs adversity to thrive.

Some examples of antifragile things and systems include:

The investment migration business is just such an anti-fragile industry because the scale and scope of our activity grow in tandem with global crises. Whenever, somewhere in the world, there is a war, a financial crisis, a revolution, a natural disaster, a nuclear plant leak, or hyperinflation, more investment migration companies open up and existing ones expand their operations.

Consider, for instance, the tremendous growth spurts our nascent industry experienced in response to the so-called Arab Spring, or to the food contamination and pollution crises in China, or to the introduction of FATCA, or even the election of François Hollande with his 75% tax bracket.

If there is one line of work that is poised to benefit from the next global financial crisis, it is investment migration.

It’s not that simple. Those who cash out at the top of a financial cycle keep their wealth (now in cash-form) while those left holding securities at the time of the crash see their nominal net worth plummet. The sum, therefore, is zero. A market crash, in itself, causes no net gain or loss of assets in the economy as a whole, it just reassigns the nominal values of those assets.

Think of it this way: If a bank goes bankrupt, for example, people with deposits (above the insured amount) lose their money. On the flipside, however, many of that bank’s debtors are now off the hook, a big net gain for those people.

Or take the example of hyperinflation brought on by a monetary crisis: Those on fixed incomes and those who keep their savings in cash lose big-time, but people with mortgages and other bank loans denominated in a now-worthless currency have essentially bought assets for free.

My Venezuelan father-in-law told me about how his friend, a few years ago, took out a Bolívar-denominated mortgage to buy a hotel at 70% loan-to-value. He put down 30% of his own money and borrowed the rest from the bank. Then came hyperinflation, the Bolívar lost 99% of its value, and the hotelier paid off his loan in a matter of days. In effect, he had bought a hotel for 30% of its market value.

The same scenario plays out with factories, copper mines, and bicycle repair shops; the nominal value of the asset as measured in fiat currency is wiped out, but the underlying asset is still there and owned by someone. Except that, now, of course, they’ll ask for payment in dollars, not bolívares.

So, after a crisis, there is still plenty of capital, but the tumult has abruptly redistributed it. But a financial or monetary crisis is often followed by increases in taxation, antipathy towards the rich, or social unrest, all of which are factors that prompt many asset holders to relocate.

Investment migration, in short, benefits from turmoil and is, as such, an anti-fragile industry.

But even antifragile things have points of fragility, chiefly in the form of two threats; too much stress or too little recovery. Sure, your muscles grow when you lift weights a little heavier than what’s comfortable, but not if they are so heavy as to break your arms. Similarly, even the best-adapted dinosaurs did not survive the Cretaceous–Paleogene extinction event.

The analogy for the IM industry would be either that the EU/OECD-cabal is somehow able to shut down the whole market through a concerted effort, or that a world war breaks out and physically destroys assets (i.e., the assets actually disappear rather than merely fall in nominal value).

Neither of those scenarios are likely, but they’re not inconceivable either.

What are the moral implications? As with every industry that directly profits from distress, there is an element of moral hazard (think Military Industrial Complex). Naturally, we cannot sit around and hope for calamity to befall the world so that our industry will grow (let alone instigate it).

We can, however, take comfort in knowing that when misfortune does inevitably strike – be it in the form of a financial crisis, a war, or a natural disaster – RCBI-practitioners can provide a vital service.

Just as, if there were no crime left in Gotham City, Batman would be out of a job, so too, if the whole world lived in peace, freedom, and affluence, investment migration professionals would find themselves running out of business. And if a day comes when we’ve reached such rarified heights of human civilization, none of us will be worried about our job prospects anyway.

More from Opinion of the Editor: