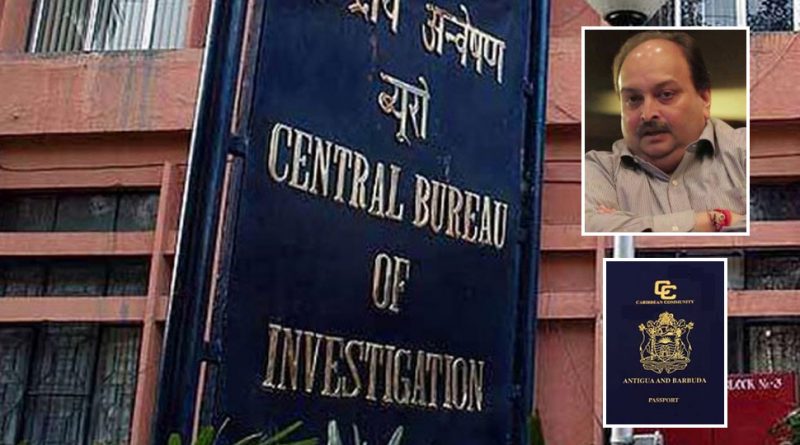 India’s Central Bureau of Investigation has formally requested that Antiguan authorities account for the whereabouts of Mehul Choksi. Responding to the case, Antigua & Barbuda’s government says it will honor “legitimate requests, within the law” for the man to be returned to India.

The Antigua Observer reports that Lionel “Max” Hurst, Chief of Staff with the Antiguan government, stated in his post-cabinet press briefing notes that any requests made by the Indian government to return Mehul Choksi to his homeland for prosecution for alleged fraud, the government would make every effort “within the law” to honor a “legitimate request”.

Absence of extradition treaty would not help Choksi

– In November 2017, Mehul Choksi, the billionaire owner of the Gitanjali Group jewelry empire, is approved for citizenship in Antigua & Barbuda through the country’s CIP. At the time, he has no outstanding criminal warrants.

– On January 4th this year, Choksi leaves India on an Indian passport.

– On January 15th, he swears an Oath of Allegiance to Antigua & Barbuda, and formally receives his citizenship and passport.

– On January 16th, representatives from his firm in India request a Letter of Undertaking from the Punjabi National Bank in India, which is refused because the Gutanjali Group does not offer any cash guarantees for issuing the notes, which prompts detailed scrutiny of the account, revealing what appears to have been the largest banking fraud case in India.

– On January 31st, India’s Central Bureau of Investigation issues an FIR (First Information Report) on the case, calling for the detention of Choksi

– On Tuesday, the Times of India reported that Choksi had been observed in Antigua and that he had obtained a citizenship of that country.

– Yesterday, the Antigua & Barbuda CIU confirmed that Choksi was, in fact, a citizen of the country, but that he had passed “stringent vetting”.

– Indian investigators have now formally requested that Antiguan authorities provide details on Choksi’s whereabouts, while Antigua’s government have promised to cooperate “within the law”

The Times of India writes that India’s Central Bureau of Investigation Tuesday night sent a communique to Antiguan authorities in which they requested details on Choksi’s “movement, landing, and present location”.

Hurst noted that Antigua & Barbuda did not have an extradition agreement with India. The Times of India, however, points out that there is a legal basis for the forcible return of Choksi even in the absence of an extradition treaty, as both countries are signatories to the UN Convention against Corruption (UNCAC).

Choksi appears to have known that an investigation against him and his cousin was imminent, and took steps in advance to prepare a CIP-application in Antigua while his criminal record was still untarnished by the Punjab National Bank fraud case.

Choksi’s actions show that he had planned in advance his escape and subsequent life knowing that the scam would blow up after the retirement of PNB employee Gokulnath Shetty who was helping him with renewals of Letters of Undertakings, sources said.

He escaped the country on January 4th on an Indian passport and took the Oath of Allegiance in Antigua on January 15th this year.

The very next day, his firm approached the Brady House branch of the Punjab National Bank seeking renewal and issuance of Letters of Undertaking which were denied as the officer concerned sought cash guarantee for issuing these notes, the CBI FIR [First Information Report] alleged.

The executives told the officer that they have been taking these letters over the last several years without any demands of such guarantee, it said. The officer could not find instructions for such LoUs in the bank’s system, which led to detailed scrutiny where the scam surfaced, prompting the bank to approach the CBI (Central Bureau of Investigations) with a complaint, against which an FIR was registered on January 31st this year.

The Choksi-incident is turning into a something of a PR-nightmare for Antigua’s government and its Citizenship by Investment Unit. The Indian, Caribbean and international press have published more than 100 articles on the case during the last 48 hours.

Antigua & Barbuda’s opposition politicians have also not wasted any time taking advantage of the situation to call for an end to the program.