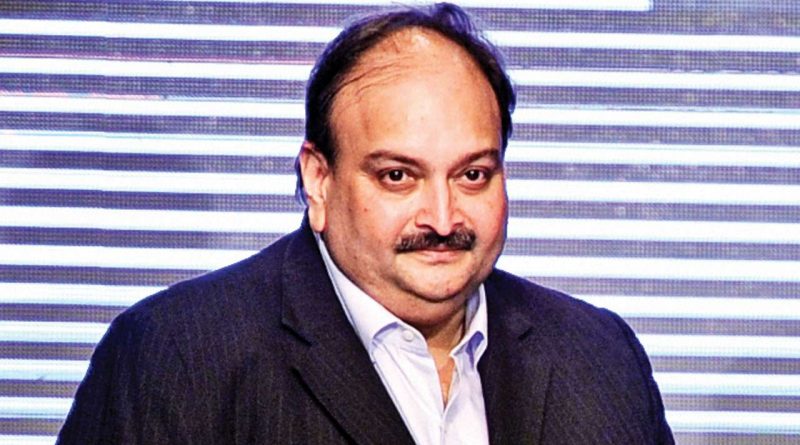 Mehul Choksi, an Indian billionaire diamond-magnate whose passport Indian authorities revoked earlier this year in conjunction with their issuing of an arrest warrant for the man, has obtained a citizenship in Antigua & Barbuda, as confirmed by that country’s Citizenship by Investment Unit (CIU).

Choksi – owner of the Gitanjali Group, a jewelry empire with over 4,000 retail outlets in India – together with his nephew Nariv Modi, stands accused of defrauding the Punjab National Bank of the equivalent of about US$2 billion. Choksi and his nephew reportedly fled India during the first week of January, just weeks before the giant fraud case became known.

Reports that surfaced online this week claiming Choksi was in Antigua prompted the Antigua Observer to make inquiries with several government entities, including the CIU, to clarify whether claims in the Times of India saying he had become an Antiguan citizen were true.

The Citizenship by Investment Unit (CIU) is unable to make any authoritative comment on the matters contained in the Times of India online article, which was forwarded to us, except to confirm that, after extensive vetting, Mehul Choksi was granted citizenship by registration in November 2017.

Mr. Choksi’s application was subject to robust due diligence international investigation, which is conducted on each principal applicant and dependent, by reputable agencies, including the International Criminal Police Organization and the CARICOM Implementing Agency for Crime and Security (IMPACS). The 2017 investigation revealed no derogatory information about Mr. Choksi.

The CIU also confirms that on 15th January 2018 Mr.Choksi swore the Oath of Allegiance in Antigua, a requirement under the provisions of the Citizenship by Investment Act.

Not the first time you’ve heard of Mr. Choksi

Regular readers of IMI may find that the Choksi case rings a bell; in February this year, the Saint Kitts & Nevis CIU issued a press release denying claims made in the Mumbai Mirror saying Choksi and his nephew had been granted citizenships in Saint Kitts & Nevis.

It now appears that at least Choksi (no mention is made of Mr. Modi) has successfully obtained an Antiguan passport. Is this the due diligence blunder of the century, or an honest and unavoidable mistake?

As far as is known to Investment Migration Insider, Mr. Choksi was not wanted by Indian authorities or accused of any wrongdoing at the time he lodged his application for citizenship with the Antigua CIU. The Punjab National Bank scandal also did not surface until after he swore his Oath of Allegiance. It seems plausible that the due diligence process would not reveal anything untoward about the man because the crimes of which he is accused were not known – to Indian authorities or international law enforcement – at the time of application.

In other words, at the point in time when Choksi became a citizen of Antigua, he was not, as far as anyone could reasonably have been expected to discern, a criminal (suspected or actual).

Passport revocation in the cards?

The question is, what should happen now? Should Antigua revoke Choksi’s passport?

There’s certainly precedents among CBI-countries for such action; in March this year, Saint Lucia revoked the passports of six recently approved CIP-applicants on grounds that they had “committed acts which could bring the country into disrepute”, acts that were discovered only after approval.

Cyprus also revoked the citizenship of Rami Maklouf, a relative of Syrian president Assad, after the EU and the US levied sanctions on him for corruption allegations.

If the correct course of action for Antigua is to revoke the citizenship, should they do so right away, even as the case against Choksi is pending? He may, in theory, be innocently accused or a victim of political persecution, in which case Antigua would be adding to the transgressions committed against the man. But a good argument could be made for revocation whether the allegations are true or not, in the interest of preserving the reputation of the Antigua & Barbuda CIP.

Whichever the case, we’ll be monitoring the Antigua CIU closely in the days to come, to see how – and, indeed, whether – they resolve this crisis.