The majority of countries that offer citizenship by investment programs use USD-denominated pricing. I have often wondered why that is the case, considering the plethora of challenges that arise from using that particular currency. As investment migration advisors, we all have our stories about hiccups caused by imperfect correspondent banking relationships, and we have certainly observed the extraterritorial reach of the US judicial system. Now, at least one country has moved to mitigate the risks inherent in using only US dollars, by enacting legislative changes.

First of all, Vanuatu is a technological pioneer among the jurisdictions offering citizenship for wealthy investors. The legislators are flexible enough to resonate with the market and can quickly answer challenges. For example, licensed agents are permitted to accept cryptocurrency payments and – after conversion – can send fiat money to the government for citizenship payments.

Accepting cryptocurrency in exchange for citizenship did not happen in other countries because most legislators would never vote for such a volatile solution, even though the cryptocurrency fluctuation risk falls on the agents rather than the government, which receives fiat.

We often hear about plans to allow for crypto payments, but they remain just plans. Vanuatu’s decision appears a sensible one because it allows applicants with sudden wealth created by bitcoin investments to use their funds directly to pay for the donation, without needing to first convert to fiat.

Analysts will, of course, say that Vanuatu diversified payment options because of the relatively poor performance of the US dollar. The truth, however, is that markets are predicting a strengthening dollar over the next few months. So, the reason is – again – the same: Vanuatu is firm enough and can adapt the CIP system to the needs of the investors – instead of offering “special sales” for marketing purposes, as its competitors are wont to do.

Another necessary amendment to the Citizenship (Development Support Program Regulations) Order no. 33 of 2019 is that several additional financial institutions will now be involved in the program. Until now, only the National Bank of Vanuatu has handled program payments. According to the law, the following financial institutions may provide their services for investors who wish to become citizens of Vanuatu through investment:

No other CIP jurisdictions among the 15 competitors in the market offer payment options in more than one currency (let alone in crypto). Other, smaller jurisdictions, however, may now follow Vanuatu, the market leader in technological innovation.

It will be interesting to see how legislators in Vanuatu react if the value of one of the currencies in its basket moves considerably. We expect the amounts to be adjusted accordingly, although this would create technical problems with different amounts to be used for old and new applications. 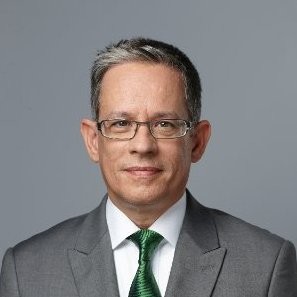