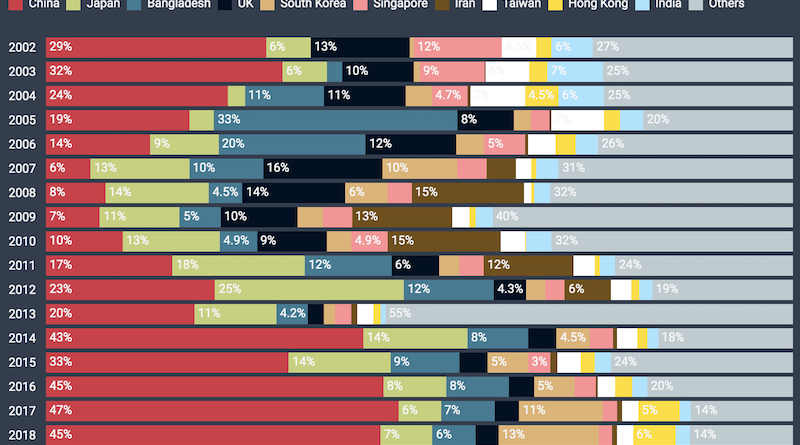 Malaysia’s MM2H residence program, which has approved more than 40,000 participants in its 16-year history, is back from suspension with tighter security, new requirements, and with a review of the financial requirements in the cards.

In October last year, Singapore’s Chinese language Morning Post (早报) reported that Malaysian authorities had suspended its exceedingly popular Malaysia My Second Home (MM2H) residence program. As its motives for the suspension, the Ministry of Tourism (which administers the program) cited concerns from the Prime Minister as to whether the program was operating in accordance with the immigration laws formulated in the Ministry of the Interior.

After what appears to have been a months-long suspension, the program is now operating once more, but under new guidelines and regulations, including requirements meant to fortify the Ministry’s vetting process. You can see an overview of the new rules on the program’s official website.

“We are stricter now, due to heightened security threats such as terrorism and (criminal) syndicates, and we wouldn’t want these people to jeopardize public order,” an official from Malaysia’s Special Branch – the country’s main intelligence service – told the Straits Times (paywall).

Likely as a consequence of the suspension, some 3,700 applications remain unprocessed, leading to excessive wait times. Expressing its frustration with the backlog, the MM2H Agents Association said the delay could cost Malaysia as much as a billion ringgit (about US$250 million).

In response, the Ministry of Tourism indicated it had instated a special task force to speed up processing times.

“We hope that with this task force, we will be able to resolve all 3,727 applications in four months,” Minister Datuk Mohamaddin told The Straits Times.

The MM2H program has been among the world’s most popular residence by investment programs for nearly two decades, attracting more than 40,000 new residents. In 2018, nearly half of applicants were Chinese nationals (more than half if counting all the territories to which Beijing lays claim), while South Koreans, Japanese, Bangladeshi, and UK applicants accounted for the remainder of the top five nationalities.

Ministry anxious to not lose applicants to similar programs

Indicating she hoped the program could sustain its impressive application volumes, the Deputy Secretary of Tourism, Datuk Haslina Abdul Hamid, indicated she also hoped to review the program so as to enable it to attract higher quality applicants and raise overall revenue.

“We must continue the momentum and not lose our potential participants to other countries which have developed similar programmes. 16 years after its implementation, the Ministry is of the opinion that there is a need to revise the financial requirements as well as other related fees such as visa and processing fees. We will also explore incentives that could be offered to ensure participation in the programme contributes more to our economy,” explained Minister Hamid to EdgeProp.