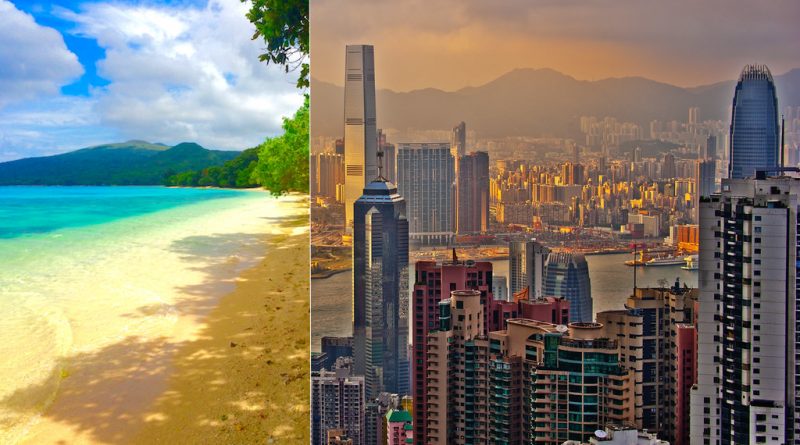 Re: 3 Crucial Questions for the Vanuatu Citizenship Commission

It is very unlikely that the Vanuatu Citizenship Commission will accept your invitation to answer the questions you raise in your very insightful article of April 22. Since I have authoritative answers to all of your questions, I take the opportunity of offering them to you.

The reason why it is so difficult to obtain information from Vanuatu about its immigration programmes is not because of its remoteness. It is because the programmes lack rational strategy, being effectively controlled by a single foreign crony capital partner. As a result, they do not appreciate the truth contained in the second paragraph of your article where you said:

“Be that as it may, no program is an island; the Vanuatu CIP exists within the framework of an international market and, as such, it is accountable to investors and international agents, just like any other program.”

The reason why no applications were made under this program is that it was created specifically for a single real estate developer who was deported from Vanuatu on change of the government. The program was created in September 2015 and repealed in April 2016. I have copies of the relevant statutory provisions.

There was a draft Bill intended to reopen it in November 2016 but it was never enacted.

The Development Support Program was created in a hurry as a sop to the local (“ni-Vanuatu”) citizens following criticism of the Prime Minister in Parliament for proposing to make the Vanuatu Contribution Program exclusive to a foreign agency, the Hong Kong-based Pacific Resource Group (PRG). Just as was the case with the creation of VERP in 2015, there was no time to pass the necessary legislation to grant citizenship under the programme so they co-opted the statutory provision in the Citizenship Act allowing the President to grant honorary citizenship for the purpose.

In our view, the use of that provision to create a CIP program is ultra vires and we currently have an application in the Supreme Court for summary judgment of our claim that VERP was illegal. If that claim is sustained, that would make DSP illegal too but the situation has been rectified for DSP in January 2019 by the Citizenship (Amendment) Act No 34 of 2018 which grants full ordinary citizenship to applicants under DSP [bold ours].

Note that all holders of dual nationality in Vanuatu are subject to restriction from engaging in politics, serving in Parliament and the armed forces and certain other privileges.

So the only difference now between DSP and VCP is that, under pressure and (one must suspect, financial incentive) from PRG, the powers that be keep imposing little restrictions on DSP to make sure that it is more difficult to sell than VCP. The result is that PRG sells more than 5 times as many applications under its monopoly than all 38 DSP agents put together!

I am surprised you had trouble identifying Jimmy. Ng King Cheung, “Jimmy” is one of the two executive directors of the PRG group. The other is Cheung Man Yau, “Timothy”. These two directors and their primary Hong Kong company are the principal conspirators in the takedown of CIIP and Defendants in our action 2015/1089 in the supreme court of Vanuatu for conspiracy and incitement to breach of contract.

Mr. Edmond Toka is the lawyer representing PRG and its directors in that case and is clearly a pure nominee for PRG – the token “ni-Vanuatu” for window-dressing purposes. Jimmy was personally appointed the Vanuatu Trade Commissioner in Hong Kong in October 2011 to operate the Permanent Residence Visa programme to assist mainland Chinese then seeking residence in Hong Kong.

PRG’s web page provides a summary of their development of immigration programmes up to 2015. This page shows the kind of unique ministerial support they obtained for their monopolistic activities.

The creation of a Vanuatu CIP programme was proposed by Vanuatu Registry Services Ltd (VRS) and the criteria were carefully designed to foster the country’s infrastructure development in consultation with a cross-section of government departments. The Regulation containing the Road Map for its implementation and the change of the constitution to recognize dual nationality expressly stated that the grant of citizenship with fewer than 10 years prior normal residence was the exclusive privilege of applicants under CIIP.

Within 7 days of the passage of the final resolution creating CIIP, Jimmy and his company entered into an openly and blatantly conspiratorial agreement with the then Minister of Internal Affairs which expressly stated the intent to create a new programme to replace CIIP of which PRG would be the exclusive operator. That was in April 2014 and the history of the market since then, through VERP and Honorary Citizenship to the Vanuatu Contribution Program and “non-honorary” citizenship, show how their attempts to achieve that intent were brought to fulfillment.

As mentioned above, the creation of DSP was window-dressing to appear to be providing an opportunity for other ni-Vanuatu agents but Jimmy has consistently managed to ensure that the terms of DSP are less attractive than VCP in order to minimize the intrusion on his monopoly. There is no other logic for the discrepancies or, indeed, for having two separate programmes.

CIIP was theoretically reinstated somewhere in mid-2017 but only after the terms of VCP had been made so much more attractive that it was impossible to market CIIP.

So, as of this year, there are officially three Vanuatu CIP programmes, all of which, since the beginning of this year, offer full citizenship under provisions of Section 13 of the Citizenship Act:

You can find full support for all the statements of fact in this letter and my letter to the editor in the documents in those two cases if you are interested to do so.