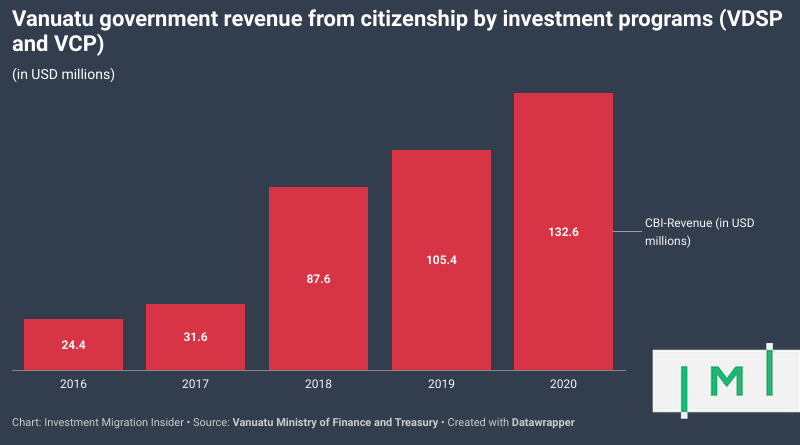 Hermetically sealed borders notwithstanding, Vanuatu recorded CBI-revenues of US$132.6 million in 2020, constituting the government’s single-largest source of income for the year.

Despite a pandemic that has seen virtually all commercial flights to the country suspended and tourism reduced to almost zero since April last year, Vanuatu’s citizenship by investment programs are keeping government finances afloat.

This marks the fifth consecutive year of revenue growth for the citizenship programs of Vanuatu, an admirable feat considering the concerns raised about the program throughout the year, some legitimate and others deliberately malicious.

42% of all government revenue in 2020 came from the country’s two citizenship by investment programs, the DSP and the VCP, a new annual record (the previous record, from 2019, saw CBI-inflows reach 37% of government revenue).