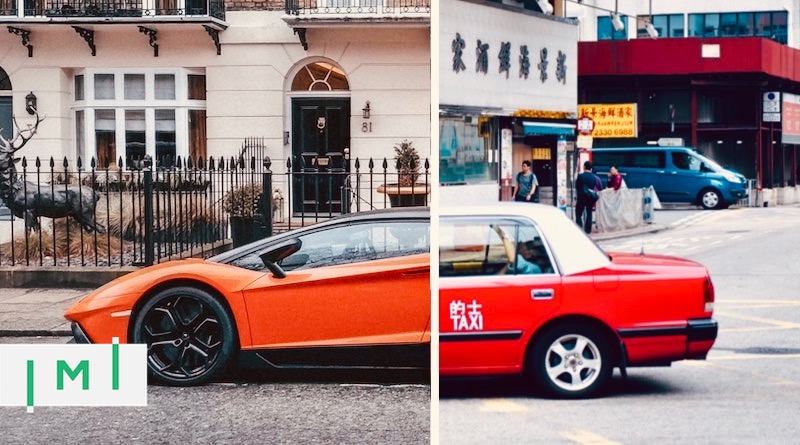 Hong Kong’s red-hot migration market shows few signs of cooling down and the UK has quickly become the most favored destination, by a wide margin.

Each week, 3,000 British Nationals Overseas (BNO) passport holders from Hong Kong apply for the UK’s special-purpose residency visa, the Times disclosed last month. The South China Morning Post, meanwhile, reports that in the nine months since the UK opened its bespoke path to citizenship for BNO-passport holders in July last year, Hongkongers have spent an estimated US$1.3 billion on nearly 2,000 homes in London, four percent of all homes sold in London during the period.

Those figures represent a sharp uptick from the same period a year earlier; Between July 2019 and March 2020, Hongkongers spent some US$522 million on London homes, accounting for just one percent of the total.

Property consultancy Knight Frank estimates that nearly one in ten foreign home buyers in London’s prime property market were Hongkongers, a proportion surpassed only by the French, who were behind 15% of residential purchases in the swankier neighborhoods of “the Big Smoke”.

The British government indicates it expects around 300,000 BNO-passport holders to buy a home in the UK within the program’s first five years.

Empirical data on overseas property exhibitions in Hong Kong hint at a rapid escalation of the trend in coming months:

During the same four-month period last year, McGeever points out, the UK accounted for only 15.5% of Hong Kong’s foreign property exhibitions. Between July 2020 and April 2021, he says, more than 600 UK property expos have taken place in the city, nearly half focusing on London homes specifically.

While London-focused events alone accounted for one in five property exhibitions in Hong Kong in the last nine months, McGeever notes that buyers are increasingly interested in less-densely populated areas, a trend he attributes to the pandemic. McGeever’s map of UK projects exhibited in Hong Kong during the first four months of 2021 shows that while the preponderance of Hong Kong buyers are drawn to England’s primary metropolitan areas – Greater London, West Midlands, and Greater Manchester – suburban regions, like the Home Counties and University towns Oxford and Cambridge, are also favored destinations.

Bloomberg estimates that Hong Kong BNO-passport holders planning a move to the UK will sell up to US$20 billion worth of homes in this year:

The city may see about 13,100 to 16,300 households move to the U.K. via their British National (Overseas) visas in 2021, Bloomberg Intelligence analyst Patrick Wong said in a report on Tuesday. The number represents 0.9% to 1.1% of households living in privately owned homes.

Current property prices indicate home sellers from Hong Kong – the world’s priciest housing market – can expect to get twice as much property for the same amount in London.

The steep rise in Hongkongers selling their homes to move to the UK, however, is not likely to depress the SAR’s housing market; as locals leave, mainland buyers are absorbing the new supply. Secondary home prices in Hong Kong remain near their all-time-high, mortgage-rates are at a decade-low, and mainland buyers have seen their share of purchases rise to 11% of the total, up from 8.7% three quarters earlier.