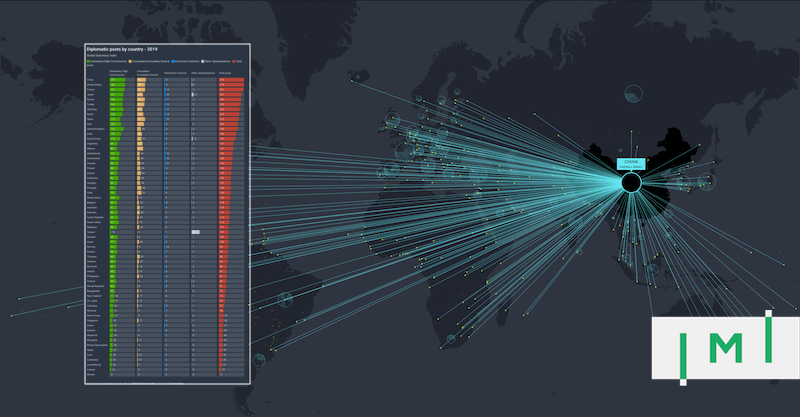 Although we now have a veritable smorgasbord of passport indices, they’ve all overlooked one useful measure of a citizenship’s value: The degree to which your country can (or will) get you out of trouble abroad.

Turning JFK’s famous words on their head, this article attempts to evaluate citizenships based on how useful it is to hold them if you find yourself in a predicament outside your country. “Predicament”, here, can range from the relatively trivial (losing your passport to pickpockets on the train from Bangkok to Surat Thani) to the potentially fatal (being engulfed by a sudden civil war or earthquake).

The utility of particular citizenships is more readily measured for misadventures on the non-disastrous end of the scale: For run-of-the-mill consular assistance, such as getting an emergency replacement passport or certifying your birth certificate without having to leave the country, we need only to consider the extent of a country’s global consular services coverage. This is perfectly quantifiable, as we’ll demonstrate below.

At the more consequential end of the spectrum, however, objective measures become more elusive. Some countries will go to great lengths to help even a single individual out of a bind; others act only when a critical number of its citizens are in a jam in the same location. Moreover, the same country might react to the same situation differently at different times. There are no hard and fast rules that predict how your particular country will act when the chips are down. Decisions on evacuations or rescue operations, for example, usually take place on a case-by-case basis, frequently informed by political and PR considerations. For this type of situation, therefore, we can but rely on anecdotes to evaluate the usefulness of a given citizenship.

The Pareto Principle appears to apply to diplomatic coverage; in the Global Diplomacy Index, which keeps track of the diplomatic missions of 61 different countries, the top 10 countries have more consulates and embassies than the rest combined. Granted, the index has only included 61 of 194 countries, but the ones not on the list are absent for a reason; they are typically small countries with very limited consular reach.

By contrast, you can find a mission from one of the top three countries - China, the United States, and France - virtually anywhere. The top 11 have more missions than there are countries.

A country's diplomatic reach, or the extent of its global consular services coverage, is a function of a) population size and b) GDP. Your chances of having access to consular services improve if your citizenship is from a country that is very large (like China), very rich (Switzerland), or both (United States).

What have you done for me lately?

For emergencies of a more cataclysmic nature, however, consular coverage is not a very useful indicator of how likely your home country is to come to your rescue overseas. While a country's propensity to help you also with this type of emergency assistance is a function of size and wealth, it's additionally a function of qualitative elements, like cultural values, historical precedent, and willingness to lean on strategic partners.

Since these are not quantifiable factors, we cannot meaningfully rank countries on their likelihood of rescuing you from calamity in far-flung locations. We can but remark on a handful of anecdotes that have given certain countries a reputation for getting their citizens out of trouble.

One prominent and recent incident offers clues as to which countries act swiftly and comprehensively: The pandemic. During the early months of COVID-19, a handful of countries went the extra mile to extract their citizens from various locations around the globe, either because of the dangers posed to their citizens by the disease itself or because the citizens were stranded because of border closures and flight suspensions.

A handful of countries really shone during the pandemic. None more so than India, at least in terms of the sheer number of its people it evacuated. By March this year, India had evacuated nearly 4.6 million people from across the world under the so-called Vande Bharat Mission. Of course, India is the world's second-most populous nation and the size of the Indian diaspora is literally second-to-none, so it stands to reason that they would have more people to evacuate from abroad than anyone else. Nonetheless, nobody can say India didn't step up to the plate when the time came.

The Philippines is another country that made an outsized effort to bring home its citizens during the crisis. It repatriated more than 1.3 million citizens in 2020. Compare that to the 85,000 citizens the US - a country with triple the population of the Philippines and 20 times the GDP per capita - repatriated in the same period.

In terms of travel and settlement freedoms, the passports of India and the Philippines cannot hold a candle to that of the US. But viewed from the perspective of bringing its holders home during a global crisis, the opposite is the case.

During a period of heavy shelling of Beirut in 2006, Canada spent C$94 million to airlift more than 14,000 citizens out of Lebanon (effectively spending what would equate to the cost of a first-class ticket for each of them). This helped cement Canada's reputation as a country that looks after its "children". Note that as many as 40-50,000 Canadian citizens were present in Lebanon at the time, indicating many of them were not only Canadian.

While the United States may not have repatriated millions of its citizens during the pandemic (their diaspora is small for a country of its size and Americans are, all else being equal, more likely than Indians and Filipinos to have the wherewithal and visa-waivers necessary to repatriate themselves during a crisis), it has shown on many occasions in the past that it's willing to spare no expense in rescuing individuals.

A year ago, for example, in an operation that must surely have cost millions of dollars, the Trump administration sent Navy SEALs to Nigeria to rescue 27-year-old Philip Walton, who had been kidnapped by armed men in neighboring Niger. The Americans killed several of Walton's captors in the process. According to the White House, the Trump administration rescued at least 55 American hostages from 24 different countries during its tenure.

Other countries occasionally engage in similar operations, but none can match the reach of the US military. Does that mean a US citizenship is the most valuable to hold if you're taken hostage abroad? Maybe. But at the same time, that very military dominance makes US citizens more prone to being taken hostage in the first place. To paraphrase Doug Casey: Nobody ever hijacks a plane and threatens to kill all the Lithuanians.