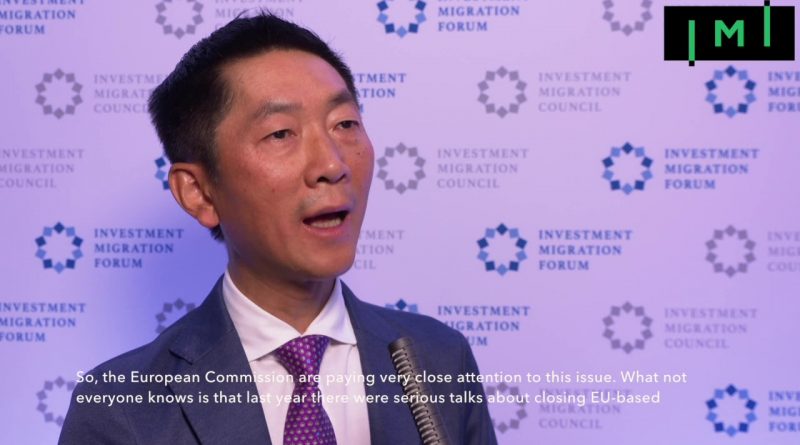 Yet, only a handful of China-based firms are members of the IMC, the industry association that advocates for the embattled industry among European political institutions.

David Chen, head of Visas Consulting, one of China’s – and the world’s – largest investment migration firms, as well as a founding member of the IMC now encourages his counterparts in China to join the IMC in its efforts to safeguard investment migration programs in Europe, a market that’s increasingly important to their clients.

See also: The 10 Most Popular Golden Visas in The World Last Year, According to Statistics

The reason his company has been a supporter of the IMC’s work from the start, explains Chen, is that European investment migration programs have gained increasing recognition among Chinese investors in recent years, particularly those of Greece and Portugal.

“What many Chinese investors and agents aren’t too clear about is that, in the last two years, the European Commission and the OECD are increasingly keeping a close eye on Europe’s golden visas because of what they believe are their implications for national security,” Chen points out.

He adds that “last year, there were serious talks [in the European Parliament] of closing down EU-based golden visas and, especially, CIPs. One of the things the IMC does is to work toward common standards within the industry. But another aspect is that it’s devoting even more effort to is demonstrating to the Commission and other institutions that Europe’s investment migration programs are actually bringing tremendous benefits and revenues to Europe,” also noting that it brings with it the oft-underrated benefit of international talent.

The IMC, he emphasizes, is trying to show that “if well-regulated and well-managed, programs like golden visas actually contribute significantly to the EU’s economy as a whole.”

Chen says he believes the IMC’s work is, therefore, “extremely important” and that he hopes more of his industry peers in China can join the IMC.

Questioned as to why he thinks Chinese interest in the IMC has been sluggish so far, Chen chalks it up to a lack of familiarity with the organization.

“First of all, the IMC’s history isn’t very long. I believe this is only its fourth year. Another point is that, at present, most of its events take place in Europe,” he responds, adding that he hopes the organization can work more closely with Chinese firms and industry associations in the future to co-organize local events to cultivate more understanding of the IMC’s efforts on behalf of the industry.

Watch the full interview with David Chen below: