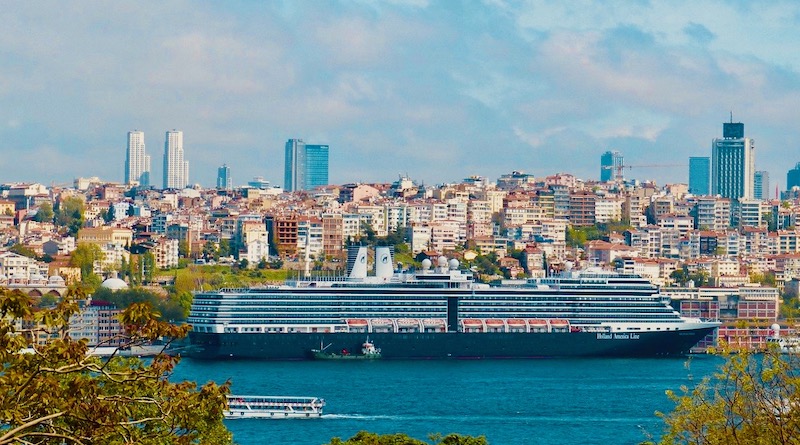 On March 1st, President Erdogan announced the much-awaited reopening of Turkey’s cafes and restaurants, which are now permitted to stay open, for inside seating and dining, at a 50% capacity, until 7pm.

As this year’s tourism season rapidly approaches, it seems that the entire nation is eager for it all to go smoothly, given that the sector plays such a vital role in Turkey’s economy. The popular holiday resort of Bodrum has already welcomed tourists arriving from the first international cruise ship visit of the season, in addition to some direct international flight routes resuming service.

As the Turkish citizenship by investment program increases in popularity, there could be future benefits to those who obtain their citizenship now. Turkey has long been negotiating its entry into Europe, and on Friday, an important meeting took place between the Greek and Turkish foreign ministers. Security in the Eastern Mediterranean, where both countries are exercising their rights to explore for oil and natural gas, was the most important subject on the agenda. However, this naturally led to continuing the conversation on other European related issues.

Prior to the realization of any form of EU membership being achieved, for which Turkey confirmed its intention this week, the Turkish government wishes to secure 90-day visa-free entry for its citizens to the Schengen Zone. The EU had previously set out a list of criteria in 2016, which it said would first need to be met before progressing to the subject of visa-free travel to the Schengen zone, which included stemming the flow of Syrian refugees into Europe.

Since then, Turkey has fulfilled all of its obligations in a very thorough and timely manner, and even took the first big step, in what is likely to be a reciprocal move, by waving their own visa requirements for European citizens travelling to Turkey.

Within the realm of international politics, it is widely considered to be an unwritten code that gestures such as the granting of visa-free travel would be returned in-kind by the receiving party. If that were to happen, then what would it mean for the appeal of Turkish citizenship? We believe that it is just a matter of time before it happens, as Europe now needs Turkey more than ever.

This strong possibility is further reinforced when considering that as much as 23% of Europe’s agricultural land lies within Turkey’s borders, not to mention that Turkey happens to be the wider region’s energy hub, providing transit lines for natural gas pipes leading into Europe.

One of the prevailing questions we have been asked by clients over the years is whether Turkey will one day become a member of the EU. While we are not in a position to answer that question, we are highly confident that Turkey’s rapid emergence as an important player on the world stage will lead to a strengthening of ties with its EU neighbours.

It is clear that both Turkey and the EU need each other, especially at a time when the EU has lost one of its most important members, the UK.