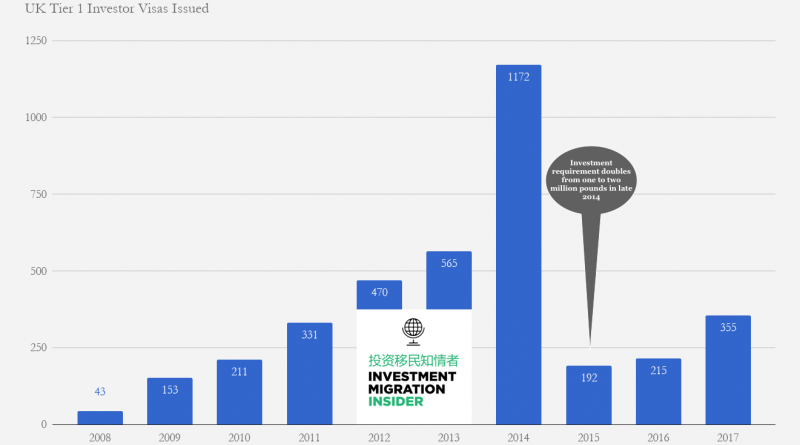 Recent figures from the Home Office reveal that 2017 was the best year on record for the UK’s Tier 1 Investor Visa program since the investment requirement doubled from one to two million in 2014.

Related: Russian Tier 1 Investors in UK to Have their Visas “Reviewed” In Wake of Diplomatic Rout

Approaching four digits for the first time since 2014, the UK Tier 1 Entrepreneur visa also saw a considerable 20% rise in application volume in 2017 as compared to the year before. 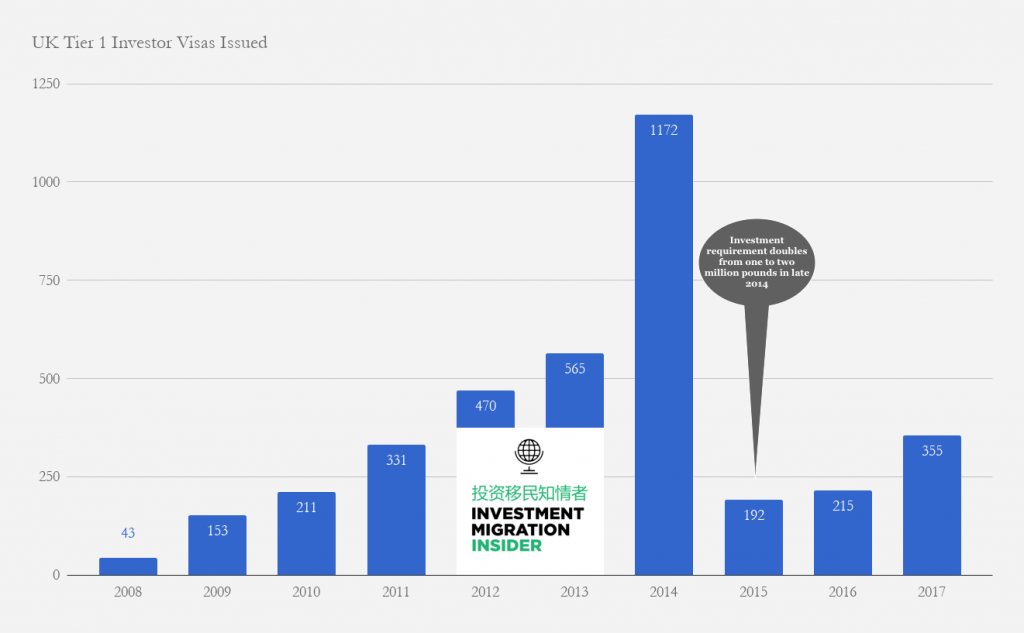 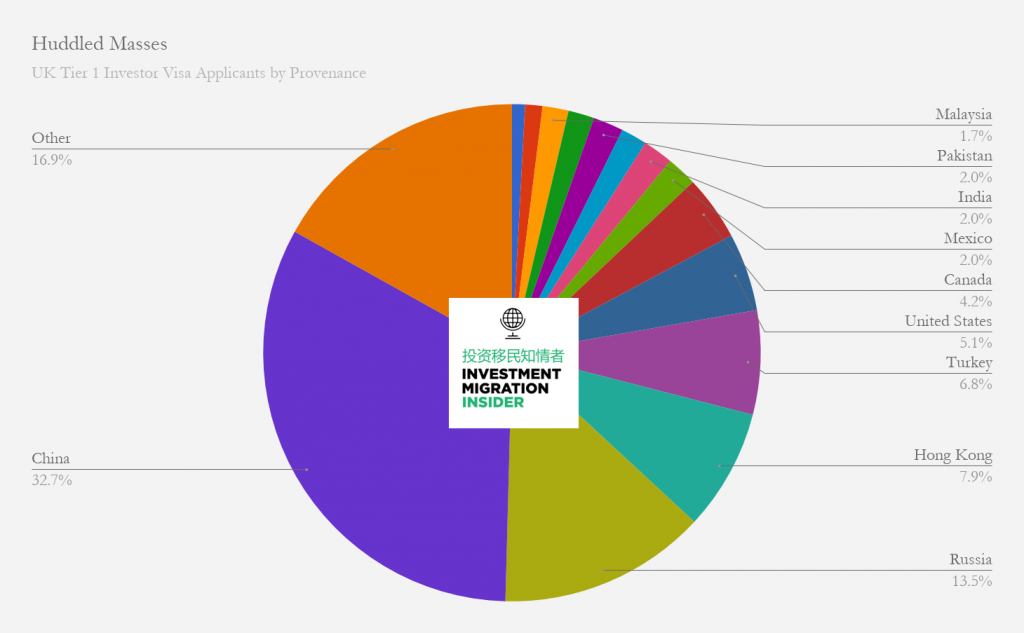 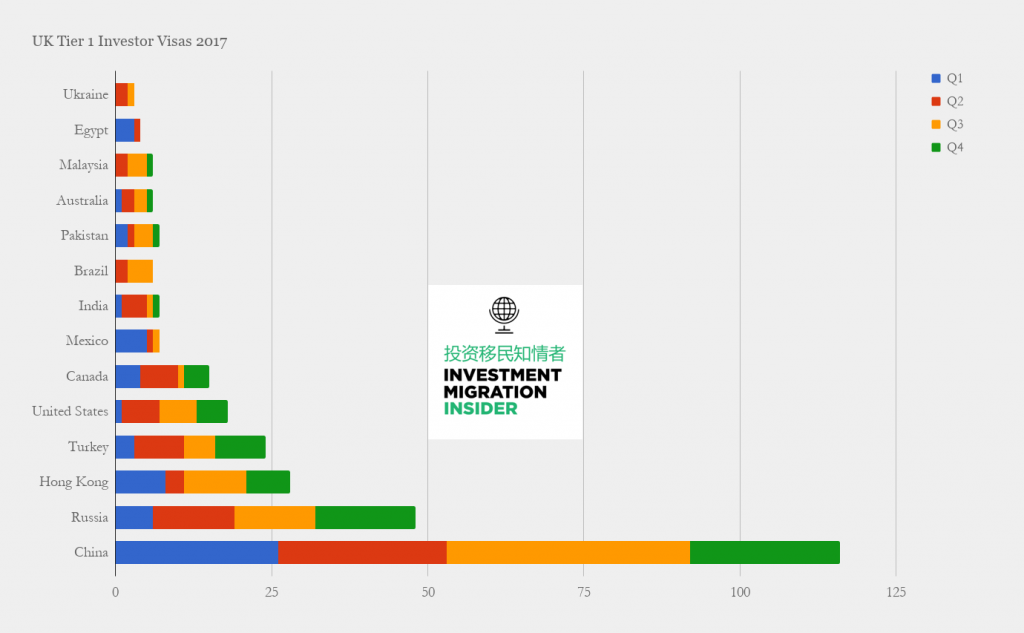 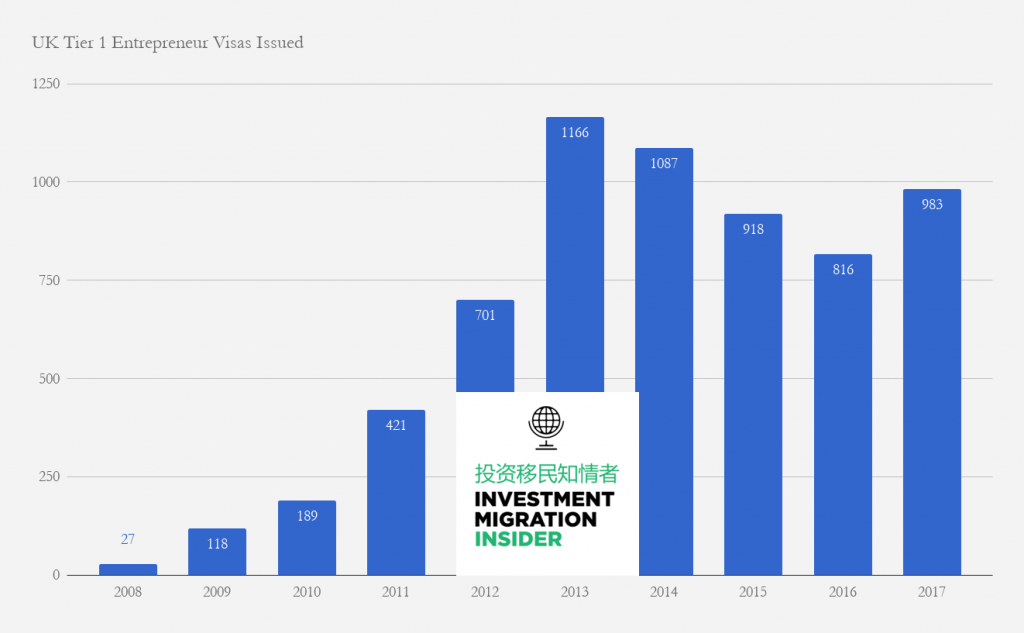