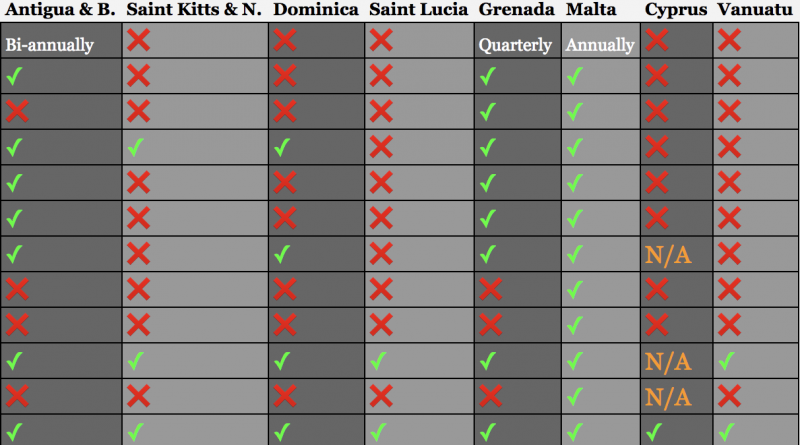 Boy, it’s been one hell of a month for the residence and citizenship by investment industry!

We’ve come under siege from the mainstream media, the European Commission, the OECD, and “watchdogs” like Transparency International and Global Witness. October saw us fend off an unrelenting barrage of mischaracterizations, malign slander, and mudslinging. Some of the mud will no doubt stick for a while.

Nonetheless, we’re still standing. The concentrated and coordinated pressure of political power and the prevaricating press could not make us buckle. We’ve successfully repelled another wave of attacks.

But there will be others, of that we can be sure. And by the time the next wave comes, we’d better be ready for it. We’d better be stronger, more agile, and more sure of ourselves. What purpose would continued resistance serve, if not to make us more resilient?

Closing the gaping hole in our phalanx

While detractors disparage the RCBI-industry from many different angles, and in many different forms, the criticism largely falls into one of the below three categories:

The Security argument, which asserts that RCBI poses a serious threat to health and welfare (physical or economic); the Morality argument, which holds that exchanging residence permits and citizenships for investment is simply wrong; and the Opacity argument, which points to a lack of transparency in the industry as a factor that leaves room for graft, nepotism, and shady wheeling and dealing.

Only one of these arguments is valid.

The preposterous Security argument is easily refuted. Here’s one example: 4 Reasons Citizenship by Investment Isn’t a Security Threat to the EU

One by one, I shot down the Morality arguments against RCBI here: 6 Moronic Objections to Investment Migration

But the Opacity argument, lamentably, has merit. We are not sufficiently transparent. Though it pains me to say it, many programs are “murky”.

Below is a table showing the relative reporting standards of the leading citizenship by investment programs (I didn’t do the same analysis for residence programs, but the matter is equally pressing among those). By a country mile, Malta does the best job of transparency. Grenada and Antigua are best among peers in the Caribbean. As for the rest, they leave much to be desired.

This is the only compelling argument against RCBI, and it behooves us all to address it. Urgently.

We can’t give the European Commission or the OECD any excuses. We can’t let the fault-finders find any fault. We can’t jeopardize Schengen-access.

There is no legitimate reason not to be transparent.

You can’t call it “trade secrets” or say you wish to keep it out of the public eye because you don’t want competing programs to know how well you’re doing.

You can’t say it’s too costly either; send me the raw data and I’ll compile and publish it for you, free of charge.

In the absence of plausible arguments for why the data should not be public, the opacity naturally breeds suspicion. “Why won’t they reveal the numbers? Where did the money go, exactly? What do they not want us to know?”

Stop short of disclosing the identities of applicants, but publish the following, in English:

If you insist on not publishing the data, know that you are gambling with all our careers, the mobility of your countrymen, and a huge chunk of your government’s budget.

The anti-RCBI crowd’s argument has three legs on which to stand, two of them wobbly. Remove opacity and watch their case crumble.