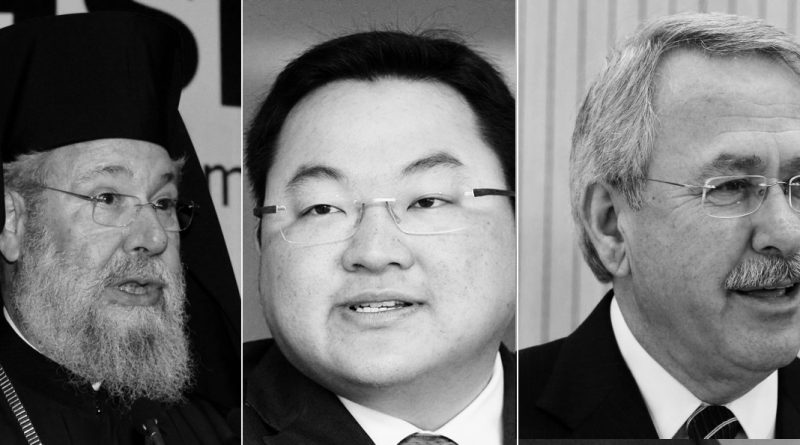 The big story in investment migration this week is that of Jho Low and the citizenship he obtained via the country’s CIP in 2015. The news implicates not only government and private business, but even the clergy.

Below is an outline of some of the more important questions, for the moment, and their preliminary answers.

Yes. Original images appearing on Politis appear to confirm the existence of the passport. The government has not denied that Jho Low is a citizen and, in fact, implicitly admitted that he does.

Will he be allowed to keep it?

So far, the government has not said whether or not it will revoke the citizenship of Mr. Low (it refuses to comment on individual cases as a matter of policy), but has indicated that Mr. Low will probably be one of several CIP-applicants who will lose their citizenships following their process of retroactive due diligence, announced earlier this month.

In his statements, the President of Cyprus stated that “those who have been granted citizenship in violation will be removed. End of story”.

How did he get through due diligence?

Original images from Politis also appear to show that Thomson Reuters conducted a Background Verification Report on Jho Low, but the image does not indicate on behalf of whom the BVR was carried out. The BVR turned up four serious risk factors. The naturalization still went ahead.

Henley & Partners, a well-known service provider initially implicated in the matter, has denied ever having Jho Low as a client. Politis also published what appears to be an invoice for a sales commission issued by Henley Estates to a company named Dominica Management Ltd in the order of EUR 650,000. Henley & Partners has not addressed that particular piece of information in its statements.

If Henley rejected to take on Jho Low’s application, who accepted it?

Bank of Cyprus has indicated Jho Low’s transactions in connection with his real estate purchase on the island on September 23rd set off their internal KYC/AML alarms. The month after, following an internal review, Bank of Cyprus submitted a report on Jho Low to MOKAS (the Unit for Combating Money Laundering).

MOKAS has confirmed this and says it engaged in an “extensive investigation”. The bank ultimately closed both accounts, and there has been no movement since, but this only took place after the real estate purchase was a fait accompli. MOKAS forwarded its conclusions to the Interior Ministry in early 2016. Politis writes that Interpol shared international warrants with Cyprus police, who in turn forwarded this to the Ministry of Interior, but that the Ministry appears not to have taken any action based on the information.

At the end of spring in 2015, Low applied for citizenship in Cyprus. At the moment, he was not yet a fugitive and no international arrest warrants had been issued in his name. But by the time he received his approval, in September of the same year, his face was all over the international press.

That raises serious questions about the rigidity of due diligence checks in 2015.

What was the archbishop’s role?

Archbishop Chrysostom has admitted that he recommended three names – among which was that of Jho Low – for naturalization after being prodded by an unnamed businessman who had purchased church land on which he planned to build villas (one of which was, presumably, that purchased by Low).

The Archbishop, it appears, mediated on Low’s behalf. He has confirmed that he sent a letter on August 1st, 2015 to Interior Minister Socrates Hasicos, requesting the speedy naturalization of Low. Nine days later, the Archbishop sent a follow-up letter, stating that Low would “be in Cyprus on September 18th and we will have the opportunity to meet him at a scheduled meeting, and on his own initiative, to discuss promoting various investment projects in church land” and urging the Home Secretary to “consider the application for naturalization of Mr. Low before his date of arrival in Cyprus.”

What’s curious is that on the very same day that Low received his passport, the Church (Archdiocese) received a EUR 300,000 check from Low. The Archbishop has conceded this, and says it was a donation to theological school works.

1. If indeed the archbishop asks for the issue of a passport to someone and within two days it is issued, then it is a monstrous scandal. But it’s a monstrous lie.

2. The person concerned submitted an application through the court of auditors two and a half months earlier and secured a passport in a time when others could obtain at that time.

3. in the period of two and a half months the agency completed its investigations with its strategic partners, Interpol, Cyprus police and the bank concerned.

4. Interpol assured that he had no information against the applicant, the cypriot police confirmed his white criminal record and the bank cyprus certified the purity of the investment money.

5. Other research or report on the applicant, did not exist before the minister.

6. My opinion, after all I have said is that the republic of Cyprus should remove from that person the cypriot citizenship, as it happened by my decision in a previous case

That is the truth.
And yes… let’s revoke his citizenship

What does this tell us about Cyprus’ pre-2018 due diligence?

Over the last year, Cyprus has made significant upgrades to its vetting procedures, including formally appointing three due diligence firms as the official vetting providers. The government further announced last week that these firms will now begin an audit process on pre-2018 applicants, effectively amounting to retrospective due diligence.

What we don’t know is what manner of due diligence took place on applicants in 2015 that allowed someone who was a clear reputational risk to obtain Cypriot citizenship through the CIP.

The central question is not whether Low was wanted internationally when he applied. The central question is whether the approving authority could reasonably be expected to be aware of accusations against Low at the time of naturalization. Since the decision was made only in September, they should have been aware.

The Cypriot government has announced that multiple decisions on the revocation of citizenships is forthcoming shortly. The culling of bad eggs will not, the government indicates, be limited to any single individual, but rather to multiple applicants who may have received citizenships on the basis of insufficient due diligence prior to 2018. Presumably, that announcement will also provide answers about the citizenships issued to members of the Cambodian political elite.