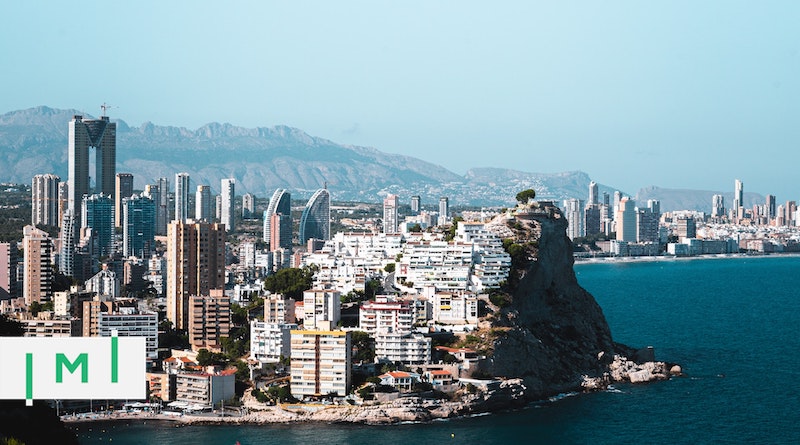 Spain approved only 162 main applicants in the last six months of 2020, a 76% reduction compared to the 683 approvals issued in the preceding six-month period and the lowest such number on record, according to the recently published bi-annual report from the Ministry of Inclusion, Social Security, and Migration. Chinese investors accounted for 34% of approvals, while Russians made up 24%.

In December, we reported that approval numbers for Spain’s golden visa program had remained astonishingly robust even as the country endured one of the world’s COVID-19 outbreaks that saw public bureaus close and residents confined to their homes for several months. Approval volumes in H1 2020, in fact, exceeded those of the preceding, pandemic-free six months.

At the time, we postulated that idiosyncratically Spanish anti-bureaucracy rules had played a role in that respect: Spanish law uniquely favors residency permit applicants by mandating that applications be either approved or rejected within a 20-day period, barring which an application is considered approved by default, or tacit assent (silencio positivo). If Spain received an otherwise normal number of applications for residency during a period of reduced processing capacity (such as during the greatest public health crisis in a century), it would – all else being equal – result in a greater number of approvals because of the 20-day rule.

Read also: How Spain Became a Golden Visa Powerhouse Without Even Trying

It is not inconceivable that a majority of files approved in H1 2020 resulted from “positive silence”; officials may not have had a chance to look at most of the applications during the period, which implies that even hastily collated and incomplete applications may have been given the green light.

That “party” now appears to be over. The government indicated in its bi-annual report that, during the latter half of 2020, it had been able to reduce considerably the number of residency applications tacitly approved:

“The average processing times of the Large Companies and Strategic Collectives Unit, which is in charge of resolving these files, have been reduced by half in the second half of 2020, which has allowed a reduction in authorizations granted by positive silence of more than 55%,” states the report.

The blame, in Spain, falls mainly on the strain

The rapid proliferation of COVID-19 in Spain during early- and mid-2020 – as well as subsequent limitations on travel – took a heavy toll on Spain’s housing market, particularly in holiday destinations like the Balearic and Canary Islands, Costa del Sol, and Alicante, where nearly one in three buyers are foreigners.

Overseas investors bought 26.5% fewer homes in Spain during 2020 than during 2019, according to the Spanish College of Registrars’ annual report from February, dropping to the lowest number of transactions in a decade. Foreign buyers also saw their relative proportion of the overall market fall; where, in 2019, foreigners were behind 12.45% of all home acquisitions, that share dropped to 11.32% in 2020.

It’s a different story in the high end of the market. Record-low golden visa approval numbers notwithstanding, foreign buyers accounted for 7% of all homes sold in Spain for more than EUR 500,000 during 2020, the highest such rate since data collection began in 2013. Among the foreign buyers, however, 65% were citizens of the European Community, who don’t need golden visas to reside in Spain and who were also able to enter the country during most of 2020.

While the share of foreigners in the half-a-million-euro-or-more segment has never been higher, their absolute number of acquisitions dwindled from 3,858 in 2019 to 3,330 in 2020, a 13.7% reduction. That foreign buyers’ share of the market rose to an all-time high is explained by the even sharper reduction of EUR 500,000+ acquisitions by Spaniards themselves; a reduction of close to 17%.

Within the foreign-buyer EUR 500,000+ segment, the drop in acquisitions was – understandably – more pronounced among third-country nationals than among EU citizens; down 18% versus 11.2%, respectively.