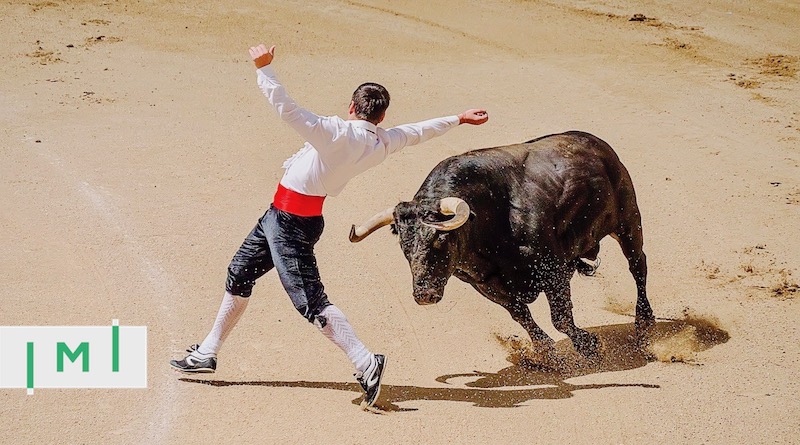 This next September will mark seven years since the Law 14/2013 of Support For Entrepreneurs And Their Internationalization (the Spanish “Golden Visa” Law) entered into force in Spain.

The Spanish Administration has not still published the figures for the full year of 2019 but, in the first half of the year alone, Spain approved 848 applications for residence by investment, making it the second-most applied-to investment migration program in Europe during the period, surpassed only by that of Greece, which has a real estate investment option significantly lower in price terms.

This success may reasonably constitute the basis of making investment migration a policy-priority and a topic of much public debate in Spain. But that’s not the case. While in Portugal, Greece, or Malta, any hairdresser or taxi driver will have at least a cursory knowledge of their country’s investment migration program, ordinary Spaniards know very little about the terms and benefits of the golden visa legislation, to say nothing of the global market for such programs.

In that market, it was our Iberian cousins, the Portuguese, who blazed a trail by approving residence by investment legislation already in 2012, well before Spain, Greece, Malta, and Italy did the same.

They had the support of both the government and the broader Portuguese society. Politicians were responsive to the industry’s recommendations, sensitive to investor preferences, and keenly aware that the program existed within the framework of a global market, which meant it could not unilaterally make changes to the program without expecting it to have an effect on demand. The result has been a flurry of, chiefly Asian and Brazilian, investments in the country’s principal cities, Lisbon and Porto.

In Spain, however, the economy and population of which are, respectively, five and six times those of Portugal, investment migration is treated as little more than a footnote.

Unlike their counterparts in, say, Saint Kitts & Nevis or Cyprus, immigration lawyers, developers, and government officials in Spain often appear virtually oblivious to the Spanish golden visa’s place in the global investment migration market. Indeed, very few of those professionals who deal with golden visa applicants in Spain are even specialists in the program; with a few exceptions, golden visas are only part of their broader portfolio of services. Most of them don’t even read IMI!

Spain is an attractive investment destination and we know it
Why is Spain so nonchalant about its program? The simple answer is that the program doesn’t make a big difference to Spain’s economy. Even if Spain should double its investor migrant intake this year, proceeds from the program would amount to no more than 0.15% of its GDP – a paltry sum in the grand scheme of things, and certainly not the headline-grabber it is in smaller countries.

The overwhelming preponderance of Spanish golden visa investment has taken the form of real estate. But even in the property sector, golden visas barely show up on the radar. First, because 88% of all property sold in Spain is sold to Spaniards. Second, because even if you consider foreign buyers in isolation, 84% are from EU/EEA countries. More than half a million properties were sold in Spain in 2018; third-country nationals accounted for fewer than 10,000 of those.

Another reason Spain’s investment migration stakeholders aren’t more proactive is that Spain, unlike many other countries, has a well-recognized brand name, one that hardly needs help in selling itself. Any Maltese agent who’s been on a roadshow in China knows they have to point out the country on the map, explain that it has its own language, and that it’s an EU member country.

Not Spain, though. Even middle-aged manufacturers in rural Asia know about Real Madrid, bullfighting, and La Sagrada Familia. No agent ever had to give “a brief introduction to Spain” in front of a half-interested audience of Chinese client advisors because, for Spain, no introduction is needed.

The Spanish Golden Visa program is successful, not because the authorities who govern it take proactive measures to promote the program internationally; not because its terms are better than competing programs; not because real estate is cheaper in Spain than in Portugal and Greece.

Spain’s program is successful in the absence of such advantages. So popular and recognized is the destination that the program’s stakeholders needn’t lift a finger to drum up interest. Spain, in other words, takes its own attractiveness for granted. And it’s not an unreasonable position to take.

Spain’s program isn’t entirely devoid of competitive advantages; our processing times are among the fastest in Europe. I read with surprise the news published by IMI that “35 Chinese investors in Greek real estate who filed their golden visa applications up to two years ago are preparing legal action against the Greek state, demanding compensation and immediate residence permits.”

It’s not uncommon to observe governments launching investment migration programs that turn out to be popular but for which the necessary human resource and bureaucratic infrastructure isn’t prepared. Spain is no stranger to this predicament either (which is why it’s had to reinforce bureaus to deal with rising appetite for the program), but this has not negatively impacted investors. Two-year backlogs for golden visa applications simply don’t happen in Spain, because of our tacit administrative assent.

For residence permits, the government’s maximum permissible adjudication period is legally set at 20 working days from the filing of the electronic application with the competent body. “Big deal,” you may say. “Plenty of programs have rules that say they will process within a certain number of days, but they exceed their own limits without consequences”. Well, in Spain, that’s different because the law definitely favors the applicant. If no decision is reached within the mandatory 20-day period, the rules stipulate that the residence permit may be deemed granted due to tacit administrative assent. The onus, therefore, is on the government, while the applicant gets the benefit of the doubt. If the government is inefficient, it is the one that’s disadvantaged, not the applicant. In other words, unless you get a rejection within three weeks, you are – by default – approved.

Spain also has considerably lower application fees than what’s customary for the market; while other Mediterranean countries require thousands of euros, the Spanish application fee is only around EUR 80 per person included in the application.

Thanks to the country’s geographical position, at the crossroads of Europe and Africa, as well as its close cultural and linguistic ties to the Latin-American market, third-country nationals consider Spain a natural springboard for investment in those markets. The incorporation of a holding company in Spain – or the acquisition of an active Spanish company – is a platform that allows investors to take advantage of, for example, dual taxation agreements with Latin-American countries.

In a nutshell, Spain’s golden visa is a resource that’s barely been tapped
A secure legal framework, public office rules designed to favor (or at least not harm) the investor, a surfeit of first-rates assets, and a jurisdiction that can be used to open up markets to nearly half a billion Spanish speakers all make Spain an attractive proposal.

Holding the program back, however, is the relative lack of priority accorded to it by policy-makers and practitioners, as well as the relatively long physical residence period required to enable citizenship eligibility.

But a day might come, sooner than you think, when Spanish authorities do take active steps to promote the program. Maybe they’ll introduce an economy-option like Portugal’s EUR 350,000 real estate projects or an option for intelligent venture capital funds. Maybe they’ll remove the physical presence requirement for citizenship eligibility. With a few strokes of the parliamentary pen, Spain could go from accidental silver medalist to a European power-house of FDI.

To paraphrase Napoleon: Spain’s golden visa program is a sleeping giant. Other Mediterranean programs had better hope she stays asleep, for when she wakes, she will shake their world.

Want to know more about the Spanish golden visa? To see recent articles, statistics, official links, and more, visit its Program Page. To see which companies can assist with applications to the program, explore the Residence & Citizenship by Investment Company Directory.