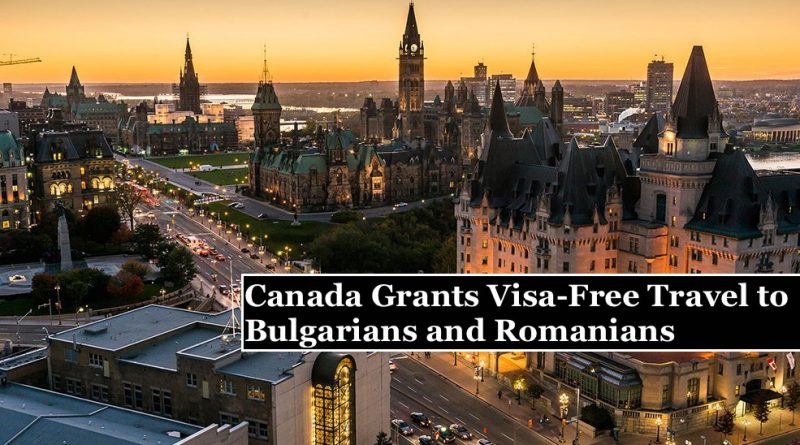 Canada will hand a major boost to the value of Bulgarian and Romanian citizenship on December 1st this year, when passport holders of the latter two countries will at last be able to travel to the former on an Electronic Travel Authorization (eTA), a privilege long enjoyed by other EU citizens, reports passportindex.com.

The early Christmas present comes as a result of lengthy negotiations between Canada and the two Eastern European EU-member states, mediated by the European Commission.

Canada, the United States, Japan, Brunei, and Australia are all obligated, under its visa-waiver reciprocity agreements with the European Union, to grant visa-free travel to citizens of EU countries but have been dragging their feet about honoring their commitment with regard to some of the Union’s newest members.

Canada’s concession came reluctantly and was made under some duress; The EU had previously warned it would not ratify the Comprehensive Economic and Trade Agreement (CETA) if Canada did not allow Bulgarians and Romanians visa-free access. Applying the eTA framework, which effectively means visa-free travel yet allows Canada to retain some measure of restrictiveness, may be considered a compromise.

The European Parliament earlier this year voted to end visa-free travel to Europe for Americans over the US’ failure to grant visa-free travel to citizens of EU member states Bulgaria, Croatia, Cyprus, Poland and Romania. The parliamentary vote was considered by many a negotiating tactic, and the European Commission has yet to implement the change.