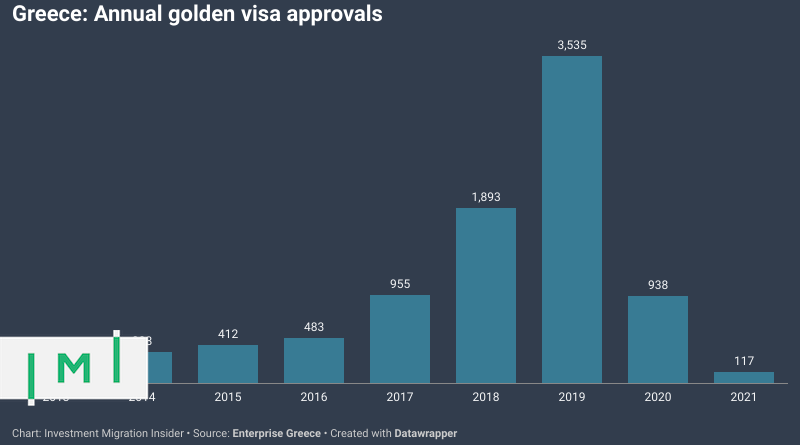 Once again, the Greek Ministry of Migration and Asylum has retroactively changed their data for each year going all the way back to 2014, complicating the job of those attempting to accurately track investment migration trends (such as this publication). To wit:

The full-year 2020 figures released in January implied a year-on-year fall in main applicant approvals of 89% from 2019 to 2020. The revised figures, however, indicate the fall was a somewhat more palatable 73.5%.

One possible explanation for the adjustments is that applications lodged in one year may not be recorded in the government's statistics until the next but are still attributed to the year in which they were first filed. An adjustment of this magnitude would indicate that Greece's Decentralized Authorities, which govern the country's immigration bureaus, spent much of the latter half of 2020 catching up by processing files from its growing backlog. This does not, however, explain why figures continue to be revised for each year going back to 2014; applications from that many years ago will have been settled years ago and should not be subject to revision.

In any case, matters look less bleak for the program than they did six months ago and indicate Greece is on its way back to previous form.

The adjustment, moreover, means that the Greek golden visa's performance in 2020, in retrospect, was the 6th best globally (and, in Europe, second only to Portugal), rather than 8th, as previously indicated by the Ministry. We have adjusted our global investment migration program chart to reflect this change.