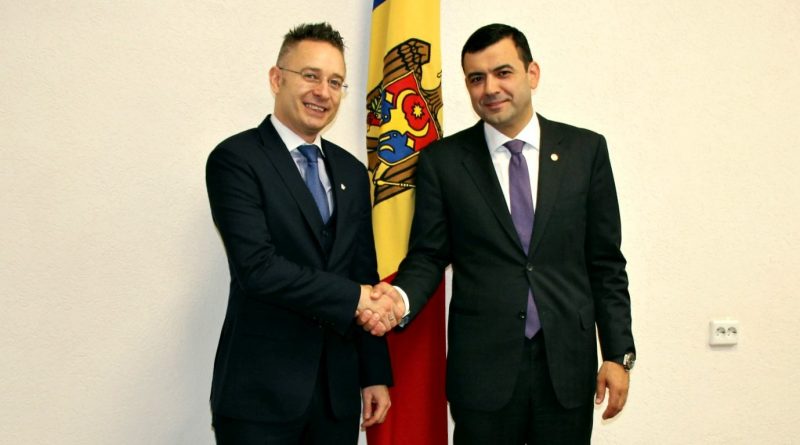 Moldova has awarded Henley & Partners the mandate to design, implement, and market itnernationally the upcoming Moldova Citizenship by Investment Program, according to a press release.

Henley & Partners, the global leader in residence- and citizenship-by-investment, has won the public tender to design, implement, and internationally promote the much-anticipated Moldova Citizenship-by-Investment (MCBI) program. The firm submitted its application for the public tender — issued by the Ministry of Economy and Infrastructure of the Republic of Moldova — at the end of May.

The firm applied for the mandate as part of a consortium together with MIC Holding LLC (Moldovan Investment Company, or MIC), a company based in Dubai, UAE and founded to focus on strategic FDI initiatives, including the MCBI program, real estate and infrastructure development, and country branding and positioning. In addition, an agreement has been signed with the Boston Consulting Group (BCG), a leading global management consulting firm with 90 offices in 50 countries.

The consortium of which Henley & Partners are a part was not alone in competing for the Moldovan tender; A consortium made up of Arton Capital, Latitude Consultancy, and one other firm, had also been in the running.

Related: EXCLUSIVE: Latitude and Arton Team Up to Bid on Moldova CIP-Mandate

The different consortium partners will evidently play different roles in the program.

As specialized professional service provider, Henley & Partners will focus on the provision of a world-class citizenship-by-investment program, including government advisory; as consortium leader, MIC will focus on the overall project management, including also real estate and infrastructure programs; and as strategic partner, BCG will consult the consortium on best-in-class FDI strategy and implementation. Consequently, the consortium will provide the Republic of Moldova with a comprehensive turnkey solution that will stimulate long-term economic growth and sustainability for the country.

Marco Gantenbein, a member of Henley & Partners’ Global Executive Committee and a Managing Partner, explains: “It was clear to both MIC and ourselves that only a collaborative consortium encompassing the leading companies in each strategic area would be able to deliver a successful program to Moldova, with ‘success’ defined here as tangible benefits generated for the country and its people through the establishment and operation of a program with the highest standards of integrity and due diligence.”

Moldova’s Minister of Economy and Infrastructure, Chiril Gaburici, says his government’s primary objective is to create long-lasting societal value for the Moldovan people. “The MCBI program will provide our economy with valuable FDI that will enhance the daily lives of all Moldovans. Uncompromising due diligence standards and compliance procedures will guarantee the credibility, competitiveness, and long-term sustainability of the program. In this regard, we are delighted to be working with Henley & Partners, whose good governance systems are industry-leading.”

Gantenbein adds: “In addition to the global mobility, flexibility, and access they give private clients, investment migration programs bring significant benefits to host countries. The inflows of funds and talent are considerable, and the macroeconomic implications for most sectors can be extensive. We also see our role as contributing to a more interconnected and more tolerant world. FDI increases the value of the receiving state, bringing in capital to both the public sector — in the form of donations to a country’s sovereign wealth fund, for example — and the private sector — in the form of investments in businesses or real estate. They allow for the greater socioeconomic development of often smaller countries that face particular challenges when competing in a global context.”

In discussing the merits of the future MCBI program in particular, Gantenbein says that the program is poised for success on account of its competitive pricing structure and strong value proposition. “Moldova, a country of 4 million inhabitants, offers its citizens visa-free access to 121 destinations, including all the countries in Europe’s Schengen Area but also, for example, Russia and Turkey. It has entered into an association agreement with the EU and is aiming to become a candidate country for EU membership,” explains Gantenbein. “The MCBI program, which we expect to be launched within the next three months, offers both affordability and travel freedom to individuals and families and will have wide-ranging appeal for the rapidly growing investment migration client base worldwide. Crucially, however, the program promises to generate much-needed capital and international visibility for this beautiful country in Europe, which will improve the overall prospects and quality of life of its small but vibrant population.”

The press release does not go into specifics regarding pricing and other terms but, presumably, the pricing will be something akin to that offered by Caribbean programs, considering the Moldovan passport’s similar product proposition in terms of visa-free access to Europe without settlement rights.