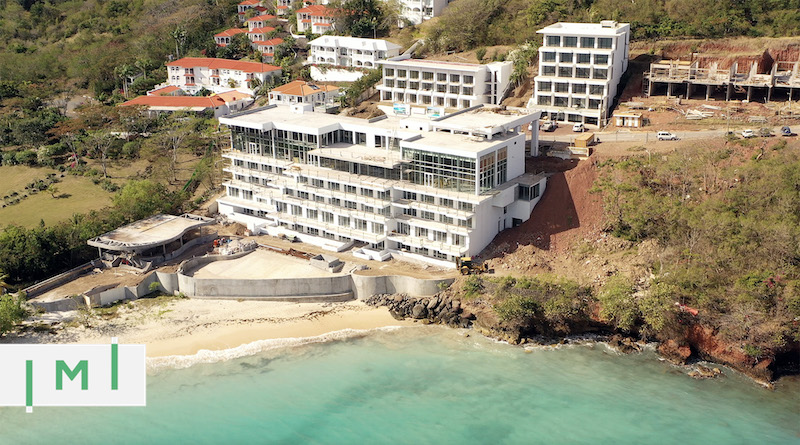 One specialist on international arbitration indicates that if True Blue Development is deemed to be a US investor “for the purposes of the Grenada-US bilateral investment treaty and the ICSID Convention,” the developer would have recourse to ICSID arbitration. Grenada’s government, moreover, would have “an obligation to comply with any ICSID award rendered from these arbitral proceedings.”

Background: Late last month, Warren Newfield, the principal of property development firm True Blue Development Limited, the company behind Grenada’s CBI-approved Kimpton Kawana Bay, resigned from his diplomatic post in the country and issued a letter in which he maintained that the country’s government had become “anti-business”. The government responded with claims to the contrary, claiming Newfield and his development had been under investigation and that this was what had instigated what they called a “pre-emptive” resignation. In an exclusive interview with IMI, Newfield alleged the government had “steadily and substantially been throwing up roadblocks to business development in key sectors and in particular the CBI industry.”

“The Government of Grenada destroyed a successful project”

In a statement released last night (which you can read in full here), True Blue Development writes that the filing “asserts that through its arbitrary and unlawful conduct, the Government of Grenada destroyed a successful project and inflicted damages on claimants, the CBI investors, and the economy of Grenada.”

The developer has engaged the legal services of BakerHostetler, whose Head of International Arbitration and Litigation – Mr. Mark Cymrot – has taken the lead on the case.

“The issues raised by the CBI committee and Government are flimsy and easily disproven, in some instances by the Government’s own records,” Mr. Cymrot said in the developer’s press release. “We are deeply concerned that this slipshod attack against a reputable developer is politically motivated or has some other improper purpose. Unfortunately, the ultimate losers here are the Grenadian people who will now lose jobs and vital tourism revenue as travel and hospitality return to the Caribbean.”

In the demand for arbitration, Cymrot wrote that the government had “not been candid about its motive for the senseless destruction of the five-star resort project that has been bringing substantial benefits to the Grenada economy. The Grenada Government has much it cannot explain.”

Discussing the decision to seek arbitration, Newfield commented that “as heartbreaking and perplexing as I find the government’s turnabout on Kimpton Kawana Bay, we have worked diligently to understand and resolve its sudden hostility. I underscore that our development group has diligently met all our obligations, while the government of Grenada has been deceitful. It is a disheartening end to what should be a jewel of a project for all of Grenada and the Caribbean.”

What is the ICSID and what type of enforcement power does it have?

IMI reached out to Mr. Husein Haeri, a partner in the international arbitration and public international law teams with London-based Withers Worldwide, to understand the implications of a property developer seeking arbitration against a sovereign state.

IMI: What is the ICSID and what type of enforcement power does it have?

Haeri: In order to promote international investment, States have concluded a number of investment treaties, most of which provide for access to international arbitration to investors in cases of treaty breaches by the host State where they have made their investment.

Arbitration under these treaties is often conducted under the auspices of the ICSID, which was established under an international convention in 1965. ICSID is a branch of the World Bank and has specific rules and procedures for international investment dispute settlement, including by way of investor-State arbitration.

IMI: What are the practical implications of True Blue’s move in this case? Does Grenada have an obligation to consent to arbitration?

This means that True Blue, if deemed to be a US investor for the purposes of the Grenada-US BIT and the ICSID Convention, may have recourse to ICSID arbitration against Grenada and Grenada has an obligation to comply with any ICSID award rendered from this arbitral proceedings.

The advantage of ICSID awards over other types of investment treaty arbitration is that they are directly enforceable before the domestic courts of the States signatory to the ICSID Convention.

ICSID awards may be subject to challenge, but only within the ICSID self-contained regime, namely through so-called annulment proceedings under the ICSID Convention. These proceedings are not an appeal before judicial courts, and the ICSID ad hoc committee does not have the power to review the evidence or factual points.

There are very limited circumstances in which annulment proceedings may be commenced and they include, for example, situations where the arbitral tribunal has exceeded its jurisdiction or where there was a breach of a fundamental rule of procedure. In practical terms, this means that, if the arbitral tribunal constituted to hear this dispute decides that Grenada has breached its obligations under the Grenada-US BIT, Grenada would have an obligation to pay compensation. Compensation would be assessed on the basis of True Blue’s damages caused by Grenada’s actions.