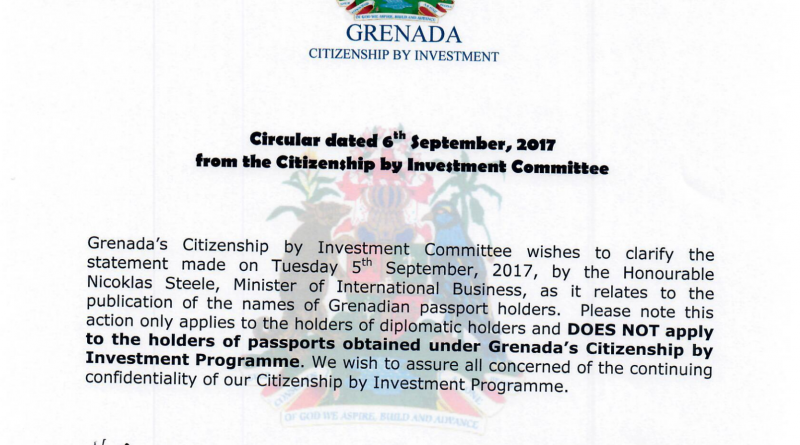 On Tuesday, Grenada’s Minister of International Business, Nickolas Steele, indicated during a press briefing that the government would produce a list of names both of diplomatic passport-holders and of individuals who had received a passport through the Citizenship by Investment Programme. The Citizenship by Investment Committee of Grenada today issued a statement indicating Minister Steele had misspoken.

While most observers of the industry welcomed the announcement to name the diplomats, some raised questions about the decision to also name CIP-investors, many of whom hail from countries that don’t recognize dual citizenship and who have entered into the program with the understanding that their participation would remain a private matter.

See the full statement below: 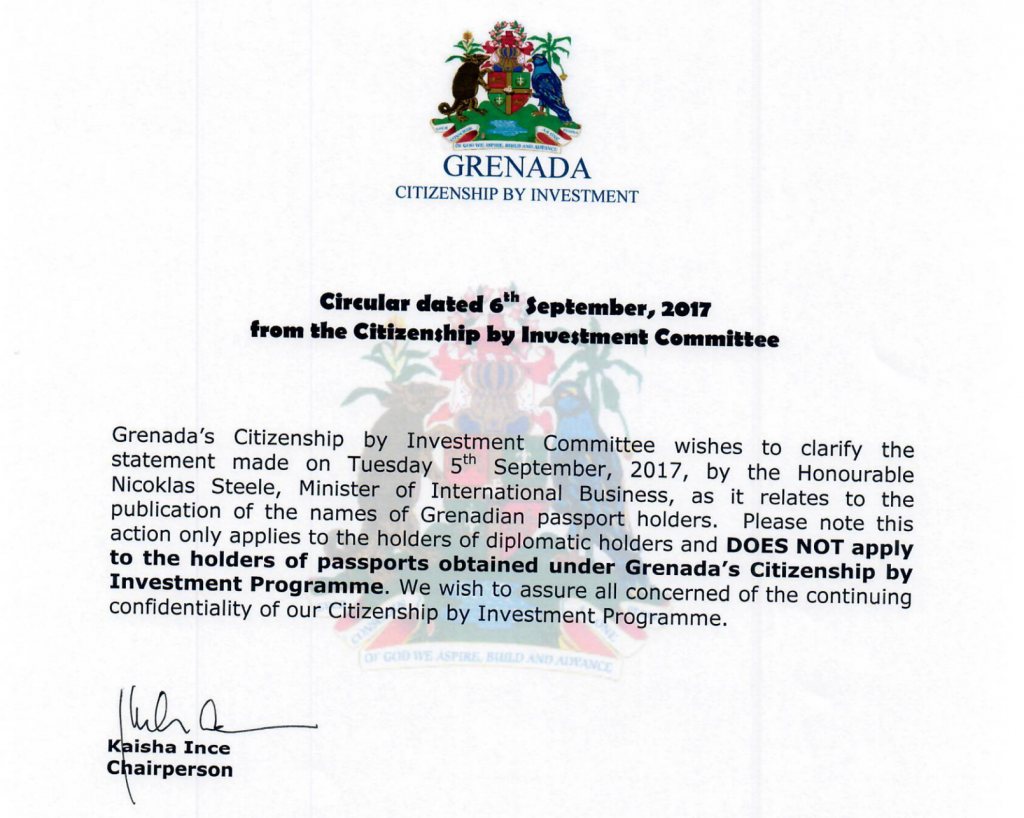